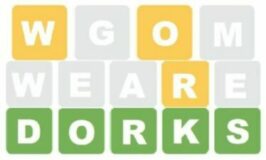 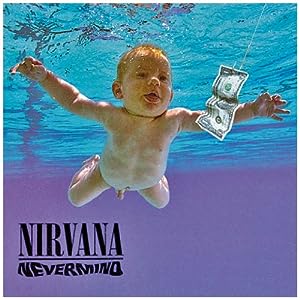 Hey did you hear that last week was the 20th anniversary of the release of Nirvana’s Nevermind?  As usual the media tends to go overboard on these anniversaries but it’s hard to underplay the impact Nevermind had on music and popular culture. When Nevermind displaced Michael Jackson’s Dangerous as number one on the album charts in early 1992 there was a shudder in the time-space continuum of popular culture. The impact continues today. A while back I’m pretty sure I heard the Decemberists’ O' Valencia over the in-store PA system at a Home Depot. That plain and simple would never have happened without Nevermind.

Even though I was in my late 20’s when Nevermind came out, I still thought it absolutely rocked and I ate up every song. The first time I heard Smells Like Teen Spirit I was floored that something like that was actually being played over commercial radio. That song created such a buzz and you couldn't help either asking or being asked “have you heard that Nirvana album? It’s amazing, you gotta hear it.” Nevermind really did opened the floodgates to a popular acceptance of what became known as alternative music and drove a stake through the heart of hair bands such as Whitesnake, Poison, and Skid Row. Out the door was music that was sold as hedonistic party music and in came introspective, angst-ridden songs. Ennui became a word on every rock critic’s spell check.

But one could blather on forever on Nevermind’s “impact” and over the last couple of weeks just about everyone has.  However the number one reason Nevermind had such a big impact is that practically every song on the album was great. In most cases a band will release an album that has a huge break-out song on it but the rest of the album is flaccid at best. Not the case with Nevermind. From the opening song that everyone knows, followed by In Bloom and Come As You Are, you were hooked. Teen Spirit isn’t even the hardest rockin’ song on the album as Breed, Territorial Pissings, Drain You, Lounge Act, and Stay Away are fast, guitar-heavy songs that forcibly propel the listener to the end of the album. Breed and Territorial Pissings are classic punks songs that will still be exhilarating some 50 years from now.

Kurt Cobain’s guitar work is usually overshadowed by his songwriting but there are serious riffs on display here. Dave Grohl’s drumming really anchors every song along with Novoselic’s bass work. Like listening to Husker Du, I was surprised that such cacophony could come out of only three instruments. To the indiscriminate listener, it sounds like a bunch of noise. But if you take the time to listen, the melody is there and at times it’s quite complex.

Of course everyone knows the story of what happened to Kurt Cobain and it was only a matter of time before alternative music got co-opted by Madison Avenue (Heck a few years back the opening riff to Breed was used in a baseball video game commercial). But when Nevermind came out, not only was it thrilling to listen to, but it was also satisfying as finally decent music was considered popular and being exposed to a larger population.  And 20 years later, while I don’t play it nearly as much as I used to, I still get goosebumps when I hear those opening guitar chords of Smells Like Teen Spirit.