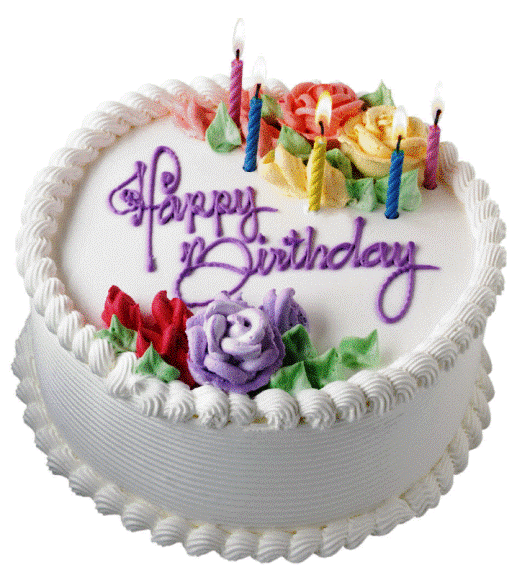 Right-hander Michael James Proly did not play for the Twins, but was in their farm system in 1977. He was born in Jamaica, New York, went to high school in Mineola, New York, attended St. John’s, and was drafted by St. Louis in the ninth round in 1972. He was mostly a relief pitcher in the minors and did pretty well other than a stumble in 1975, his first season in AAA. He did not strike out very many, however, and while he made his major league debut in 1976, appearing in 14 games, the Cardinals left him unprotected after the season. Minnesota selected him in the rule 5 draft, and while the records don’t mention a trade, something was obviously worked out, because Proly pitched for AAA Tacoma in 1977. He did not pitch well, going 9-12, 4.57, 1.55 WHIP. A free agent after the season, he signed with the White Sox and apparently figured something out. He had a strong half-season in AAA for the Sox, then came up to the majors and continued to pitch well. He was a solid pitcher for the White Sox through 1980, then was traded to Philadelphia just before the 1981 season. He pitched pretty well in relief for them, too, but was released just before the 1982 season. The Cubs signed him, and he was a solid contributor to their bullpen for two years. Despite that, the Cubs released him early in the 1984 season. He signed with Toronto, was sent to AAA, pitched poorly, and his career was suddenly over. He pitched in seven major league seasons, appeared in 267 games, had an ERA of 3.23, and never had an ERA over four, yet was released twice and given up on entirely after 21 poor innings in AAA. Mike Proly is currently a financial advisor for MetLife Financial Services in Greenville, South Carolina.

Catcher Terry Charles "Bud" Bulling was in the Twins' minor league system at the beginning of his career, playing in fifteen games for them in 1977. Born in Linwood, California, Bulling went to California State--Los Angeles and was drafted by the Twins in the 14th round in 1974. In 1976, he hit .310 at Class A. He followed that up by hitting .285 at AA Orlando in 1977 and got his first call-up to the big leagues, playing in 15 games. It would be four years before got there again. In 1978, he only hit .247 at Orlando, and at the end of spring training in 1979 Bulling was sold to Seattle. He had two good years in AAA Spokane, and then was the Mariners' reserve catcher in 1981 and 1982, getting 154 at-bats both years. He became Gaylord Perry's personal catcher and caught Perry's 300th win. He began 1983 with Seattle, but after playing five games he was sent to AAA, never to return to the majors. He finished out the season in Salt Lake City and then ended his career. As a Twin, Bulling hit .156 in 32 at-bats. At last report, Bud Bulling was living in Newport, Washington.

Right-handed pitcher Ricky Allen Helling never pitched for the Twins, but was in their minor league system for a brief time in 2004. He was born in Devils Lake, North Dakota, went to high school in Fargo, and then attended Stanford. He was drafted in the first round by Texas in 1992. He had a very good year in AA in 1993, then spent the next three years bouncing back and forth between the majors and AAA. In the first two of those years, he did not pitch particularly well in either place, but he had an excellent year in 1996 for Oklahoma City. In September of that year, Helling was traded to Florida. The following year, 1997, was Helling's first full year in the majors. He was in the bullpen most of the year with the Marlins, but in mid-August he was traded back to Texas and returned to the starting rotation. He stayed with the Rangers through 2001, putting in four solid years. He made 33 to 35 starts each year and always pitched between 215 and 220 innings. He won 20 games in 1998. He became a free agent and moved to Arizona for 2002, where he again was a solid member of the rotation. Again a free agent after the season, Helling signed with Baltimore, but he had a poor year and was released in August. Florida signed him and sent him to the bullpen, where he did a fine job in 11 appearances. The Twins signed him for 2004, but he battled injuries, made six minor-league starts, and was released in early June. He was signed by Texas, was in their minor-league system for a month, and was released again. He then went to Milwaukee, going back and forth between AAA and the majors for two more years before ending his career after the 2006 season. He was never a star, but he made 30 or more starts five years in a row, which is a pretty useful pitcher. He is in the Texas Rangers' all-time top ten in wins, starts, innings, and strikeouts. At last report, Rick Helling was living in the Twin Cities and was a special assistant to the Major League Baseball Players Association. If his name is in the phone book, maybe someone could give him a call and wish him a happy birthday.

Right-handed pitcher Kevin John Cameron never played for the Twins, but he was drafted by them. A native of Joliet, Ill., he attended Joliet Catholic Academy and then went to Georgia Tech. He was drafted by the Twins in the 13th round in 2001. A relief pitcher throughout his minor league career, Cameron had a very good year in the Appalachian League in 2001, but then was injured and missed all of the 2002 campaign. He came back to pitch quite well for four years in the Twins' minor league system, posting ERAs under three each year from 2004 through 2006. He was left off the Twins' forty-man roster, however, and was selected by San Diego in the 2006 Rule 5 draft. He stayed with the Padres all of 2007, posting an encouraging 2.79 ERA but walking 36 in 58 innings. He started 2008 in San Diego, but control continued to be a problem, and he was sent down to the minors in early May. He remained in the minors the rest of the year while battling injuries. A free agent after the season, Cameron moved to Oakland, again splitting the year between the majors and AAA. That seems to have been the end of his career; he was a free agent after the season, signed with San Francisco, but did not make the team and his playing career came to an end. At last report, Kevin Cameron was a financial advisor with UBS Financial Services in the Phoenix area.

Right-hander Thomas Ryan Pressly has been with the Twins since 2013.  He was born in Dallas, went to high school in Flower Mound, Texas, and was drafted by Boston in the eleventh round in 2007.  He was a starter until 2012 and did okay in the low minors, but less well in high A.  He began to make the conversion to reliever in 2012 and had a fourteen very good relief appearances in AA that season.  Still, he was twenty-four and did not have much record of success above low A, so the Red Sox left him unprotected and Minnesota claimed him in the Rule 5 draft.  He stuck with the Twins for all of 2013 and did pretty well, going 3-3, 3.87, 1.28 WHIP with 49 strikeouts and 27 walks in 76.2 innings (49 appearances).  He turns twenty-five today.  Middle relievers can be wildly inconsistent, and they also can have teams give up on them fairly quickly, but there's no apparent reason Ryan Pressly cannot be part of a major league bullpen for the next few years.