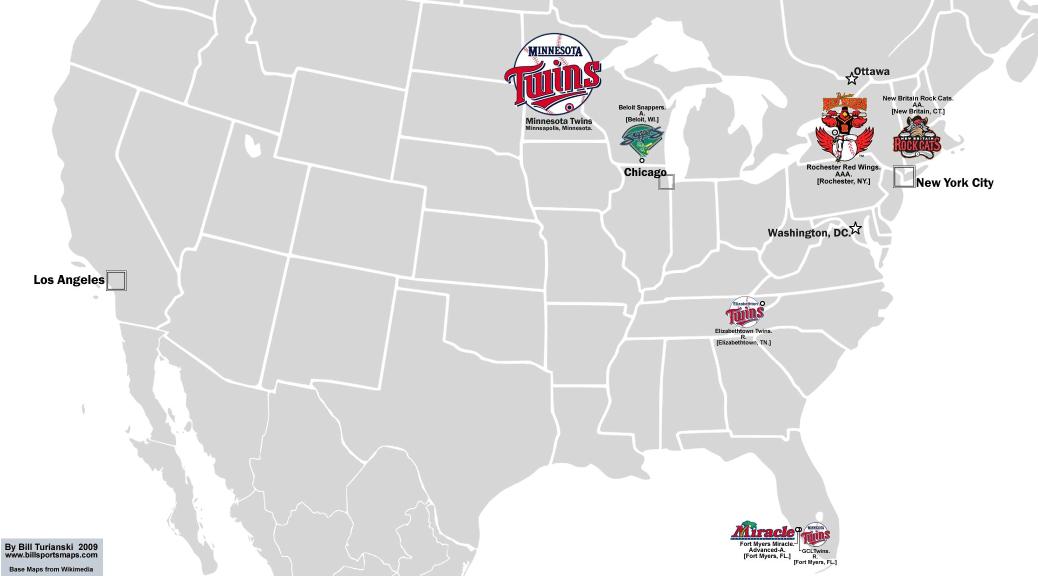 A brilliant outing for Alex Wimmers.  Matt Guerrier does well in his season debut.  A ninth-inning comeback for Cedar Rapids.

Batting stars:  Danny Santana was 3-for-4 with two triples, scoring once and driving in one.  Eric Fryer was 2-for-4 with a run and an RBI.

Opposition stars:  Bryce Brentz was 3-for-5 with a home run (his second), scoring twice.  Alex Hassan was 2-for-4 with a double and a walk, scoring once and driving in two.  Justin Henry was 1-for-2 with three doubles and scored twice.

The game:  Rochester scored three in the second to take a 4-2 lead.  Pawtucket got one in the third and took over the lead with a three-run fifth, highlighted by Hassan's two-run double.  A run-scoring ground out in the bottom of the fifth cut the Red Sox lead to 6-5, but Pawtucket got single runs in the sixth, seventh, and eighth, to take control of the game.  The Red Wings got only one baserunner after the fifth inning.

Of note:  Chris Parmelee was 0-for-2 with two walks and a run.  Wilkin Ramirez was 1-for-4.  Eduardo Nunez was 1-for-4 with a double and a run.  Starter Trevor May struck out four in 4.1 innings, but he surrendered four runs on five hits and two walks.

Batting stars:  Reynaldo Rodgriguez was 2-for-4 with a home run.

Opposition stars:  Ryan Schimpf was 2-for-2 with a double, a two-run homer, and a sacrifice bunt.  Deck McGuire pitched six innings, allowing two runs on four hits and no walks with three strikeouts.

The game:  Rodriguez homered in the first to put New Britain ahead 1-0.  New Hampshire tied it in the fourth on a single, a hit batsman, and a pair of productive outs.  Kennys Vargas had an RBI single in the sixth to give the Rock Cats a 2-1 lead, but in the bottom of the sixth, Schimpf hit a two-run homer to put the Fisher Cats back in front.  New Britain threatened in the seventh as Rodriguez led off with a single, took second on a ground out, and went to third on a wild pitch, but he did not score and the Rock Cats went down in order in the eighth and ninth.

Pitching star:  Alex Wimmers struck out six in six shutout innings, giving up only one hit and no walks.

The game:  A two-run single by Jorge Polanco and an RBI double by Hicks gave Fort Myers a 3-0 lead after two.  Hicks tripled in a run in the fourth to make it 4-0.  The Miracle added two in the fifth and one in the sixth.  Charlotte did not get on the board until O'Connor hit a three-run homer in the ninth.  Coyle led off the game for the Stone Crabs with a double, but they did not get another hit until the seventh.

The game:  Zach Esquerra's two-run double capped a three-run second for South Bend.  Garver tripled and scored in the bottom of the second to make it 3-1, but the Silver Hawks got the run back in the fourth when Munoz doubled and scored on an error.  Vavra doubled in the sixth and scored on a Michael Quesada single, but the score stayed 4-2 until the ninth.  The Kernels led off the inning with a single and a walk.  With one out, Jason Kanzler singled in a run and a Vavra single loaded the bases.  Zach Larson walked to tie the score and a Garver single gave Cedar Rapids the victory.

Of note:  Kanzler was 1-for-5 with a run and an RBI.  Larson was 0-for-4 with a walk and an RBI.  Engelb Vielma was 0-for-1 with two walks.  Starter Aaron Slegers pitched five innings, allowing four runs (three earned) on four hits and one walk with three strikeouts.