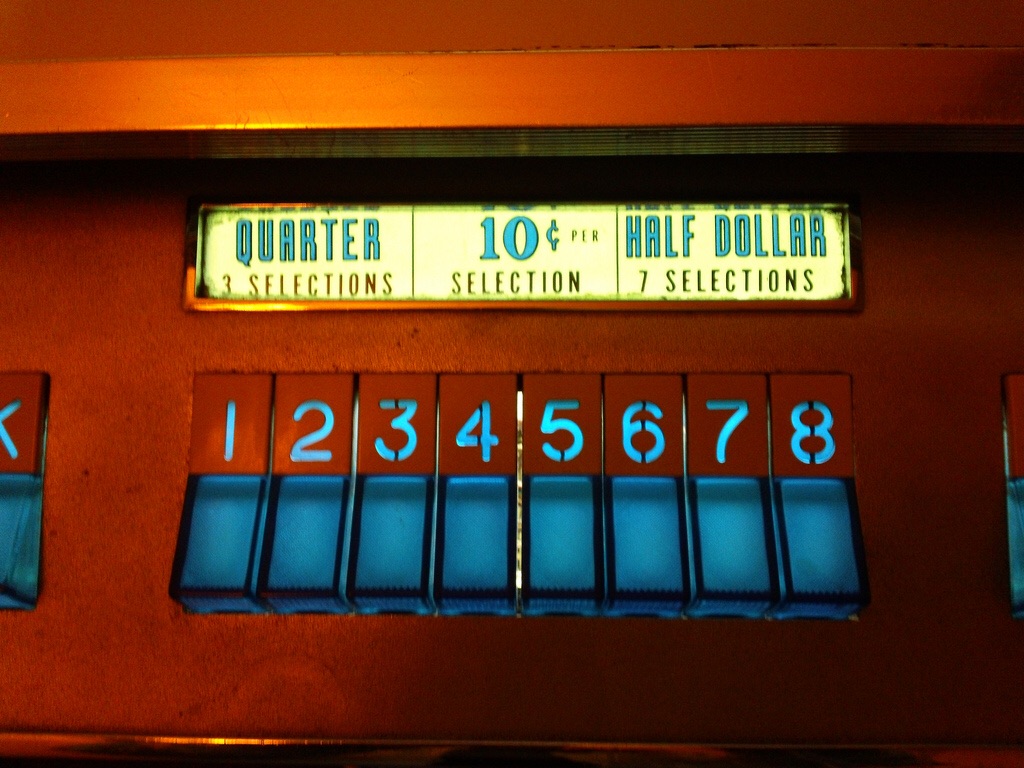 When I started my job in the spring I began using streaming music services much more frequently. I used Songza for free until it was bought by Google. After that I started a Beats Music subscription, which I've been really pleased with apart from some gaps in the library (The Beatles being the most glaring, hopefully something that changes since parent company Apple has Beatles rights). I've found myself more engaged with the music I'm listening to over the last several months than I had been in a long time. My much-deeper appreciation of Neil Young and John Fahey is probably the most significant result, but I've also discovered some new albums to love: Randy Weston's Tanjah and Gene Clark's White Light, especially.

I've started making my own playlists on Beats, something I never did with Songza because, really, I never needed to - the options were that extensive - and because users couldn't listen to their own playlists. Most Beats playlists seem to be around an hour or album-length, which I don't plan on sticking to since there's no real format constraint. (The idea of making a "mixtape" for someone else still has its romantic appeal, though.)

At the same time, I'm aware that I don't own any of the new music I'm enjoying. This troubles me in a way that not owning the content I view on Netflix doesn't. I am happy and relieved to not have a living room overrun by a flim collection I will need to update to a new format in ten years, or duplicate onto electronic storage - even when this means that Battlestar Galactica isn't available for me to watch anymore. BSG will come back, I'm sure. And when it comes back, maybe that's a great occasion to watch it again and see how I feel about it with the passage of time.

But the fact that I don't own Harvest or The Transfiguration of Blind Joe Death or White Light on CD, or vinyl, or even digitally - yet - troubles me a bit. I think that's because my childhood was one strongly attuned to music, and because my own physical collection of music is a twenty-five year investment and tangible record of my personality and growth. Others would feel the same way about a film collection, I have no doubt, and that's a reflection of their own preferenecs and personality. Still others might not care about either. Their houses are likely less cluttered, or cluttered instead with woodworking tools, or bolts of fabric, or painting supplies, or binders of film negatives, or car parts...

What is your relationship with streaming services - musical, video, or otherwise? How do you feel about renting content instead of owning it? What other factors do you consider when evaluating streaming content or devices for streaming it?

21 thoughts on “Islands in the Streaming”