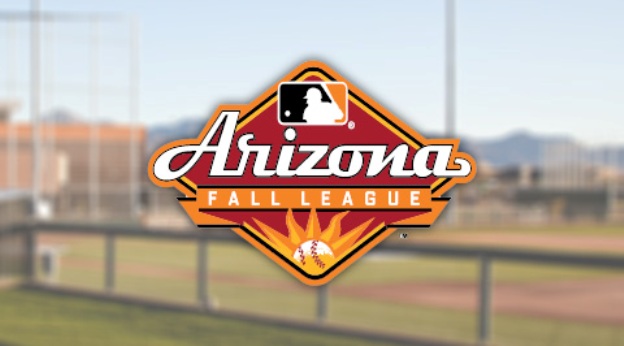 Twins:  Eddie Rosario was 2-for-5 with a double.  Jason Adam pitched a scoreless inning, giving up a hit and a walk.

Scottsdale:  Aaron Judge (Yankees) was 1-for-2 with two walks and a run.  Roman Quinn (Philadelphia) was 1-for-4 with a walk and two runs.  Alex Smith (Yankees) pitched a scoreless inning, giving up two hits.

Salt River:  Justin Bohn (Miami) was 4-for-4 with a run and an RBI.  Andrew Aplin (Houston) was 2-for-3 with two walks and two runs.  Mitch Lambson (Houston) pitched 1.2 scoreless innings, allowing two hits and a walk with one strikeout.

The game:  Bohn's RBI single with two out in the fifth tied it at six.  Austin Nola (Miami) doubled in the go-ahead run in the seventh and Trevor Story (Colorado) singled in an insurance run in the eighth.

Mesa:  Dwight Smith, Jr. (Toronto) was 3-for-4 with a walk, scoring twice and driving in one.  Dan Vogelbach (Cubs) was 0-for-1 with four walks.  Sean Nolin (Toronto) pitched five shutout innings, giving up two hits and a walk with one strikeout.

Glendale:  Tim Anderson (White Sox) was 1-for-4 with a home run, his second.  Jason Esposito (Baltimore) was 2-for-4 with an RBI.  Matt Magill (Dodgers) pitched four shutout innings, allowing one hit and four walks with two strikeouts.

The game:  A two-run single by Pedro Severino (Washington) put Mesa up 3-0 in the seventh.  Each team scored twice in the ninth but Glendale did not get the tying run up to bat.

The game:  Peoria scored three in the first, but only led 5-3 after seven.  Valera circled the bases on a three-run double-plus-error in the eighth to put the game out of reach.