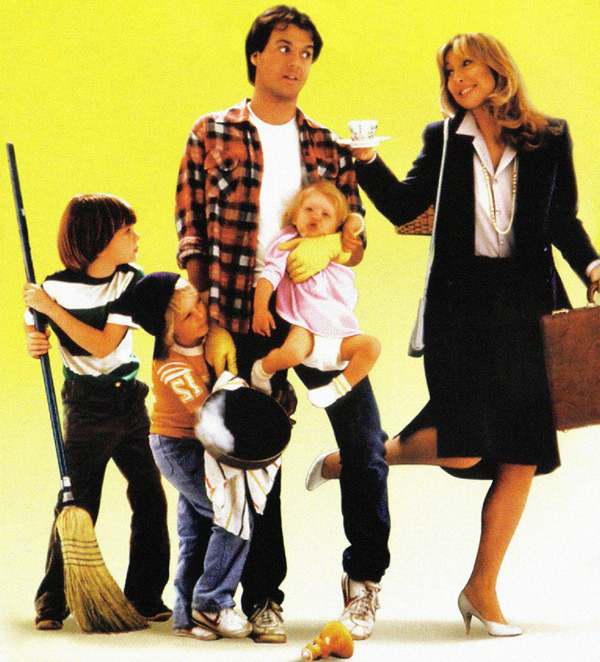 I’ve been playing the role of Mr. Mom for the past six months. Without a job, we can’t justify paying to send the kids to daycare, so when Philosofette goes to work, I stay home. Holy. Buckets. It is a lot of work.

I think the hardest part isn’t the work itself, it’s the self-sacrifice that goes with it. I cannot both be an attentive parent and try to accomplish my own agenda. This makes applying for jobs very difficult. It makes cleaning difficult. It makes preparing dinner challenging. The kids require attention. Part of this has to do with the demographics. We’re at 5 (he’s easy!), 3 (she’s potty training!), and 9 months (he’s eating everything on the floor and getting into places he shouldn’t be and pulling things off of shelves and crying and pooping and etc.!). Without the baby, the other two are pretty simple. Without the other two, the baby is easy too. But throw all three of them together… wow.

So these past six months for me have really hammered in the respect I have for stay-at-home parents. They do a lot of work. But even more essentially, they give up themselves. And that’s impressive.
--------------------------------
A couple of other quick hits, parenting-related ideas that have been bouncing around my head recently…

My daughter was born with a tethered spinal cord. She had surgery at 3 months, and basically we’ll have to watch her for the rest of her life to make sure it doesn’t re-tether. We recently thought we were picking up some signs that it maybe had, including potty-training problems. We were feeling terribly guilty for not scheduling her to see a specialist a long time ago, since these signs were there for a while. When we took her into the specialist though, he couldn’t have been more reassuring. It’s a strange thing though, having to keep a constant vigil against a specific condition. If we miss it, if we delay, we could fail to prevent some pretty awful effects. It really ramps up the possible parenting guilt.

I recently taught my 5-year-old how to play war. He pretty much plays it constantly now. But even he’s gotten bored, because he’s started to introduce “powers” where cards freeze other cards or blow them up, etc. The thing is, all of the powers are similar to things he sees in games I play on the iPad… which clearly means I need to play less when the kids are awake (I gave up iPad games for Lent).

Alright, I’ve rambled for a while. Time for others to chime in.