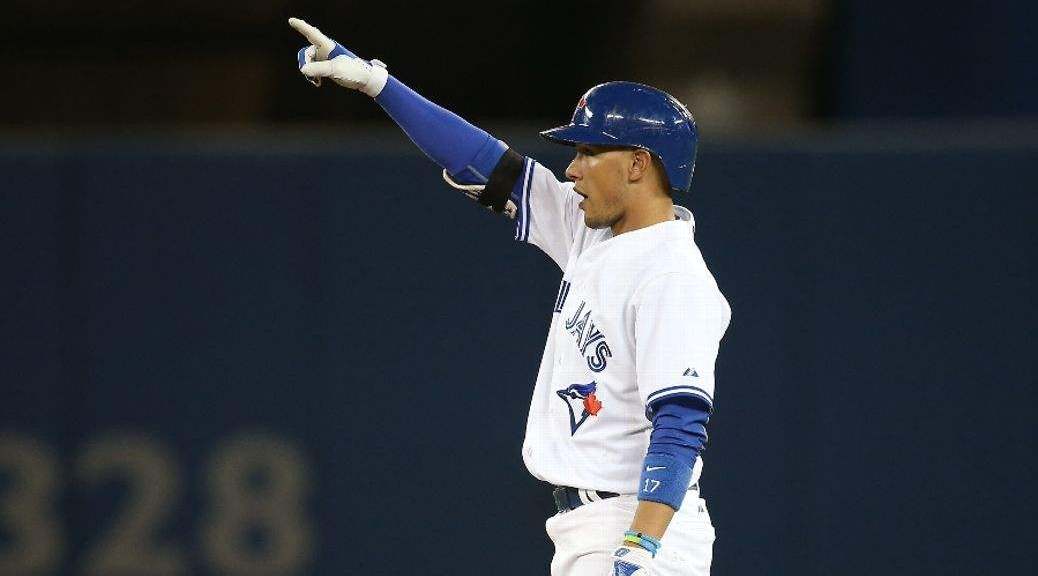 Well, we'll come back to that.  First, the game.  The Twins offense was completely shut down for the fifth consecutive game.  Now, fair dues.  Marco Estrada is a good pitcher.  The Twins aren't the first team he's shut down this season, and they won't be the last.  Still, if you consider yourself a playoff team, or at least in contention for the playoffs, you can't just roll over every time the other team sends a good pitcher out there.  You have to find a way to score a few runs and win the game anyway.  The Twins haven't been doing that lately.

Phil Hughes pitched well except for a couple of home runs, which is pretty much what we've been able to say in every Phil Hughes start this season.  Solo home runs don't hurt you, unless your team is scoring one run per game, in which case they do.  It should be noted that the bullpen pitched well, including a fine inning from Kevin jepsen.

So, is it game over, season over?  It sure feels that way.  When the Twins stumbled coming out of the gate after the all-star break, we could tell ourselves that they were playing some good teams.  Now, though, they're in a part of the schedule where they need to do well, and they're not doing it.  They were lucky to get a split with the well-under-.500 Seattle Mariners.  They've been dominated by the barely-over-.500 (though now fortified with vitamins and iron) Toronto Blue Jays, and tonight they send Duff-man out to make his first major league start.  The way they've been playing, it seems like they're going to have trouble staying above .500.  It doesn't look good, and it doesn't feel good.

On the other hand, it's baseball.  As Yogi Berra once said, "In baseball, you don't know nothin'."  In fact, it seems like every time you think you 've got it all figured out, something completely unexpected happens.  The Twins offense is going to get better--no team has ever averaged one run per game for very long.  And there are fifty-six games left.  Anybody can get hot for fifty-six games.  Some might say the Twins already proved that earlier in the season, but that just proves my point.  I believe it was Sherlock Holmes who once observed that something that has already happened is, by definition, possible.  The Twins had a hot streak once this season, so it's possible for them to do it again.  In fact, it's possible that their offense will come out of this funk as quickly and suddenly as they went into it.

It may even happen tonight.  The Blue Jays are sending Drew Hutchison to the mound, who despite his 9-2 record is not all that good.  So let's not give up just yet.  There's plenty of baseball to be played.  A couple of wins would completely change our outlook.  Maybe, as Rod Stewart sang, tonight's the night and it's gonna be all right.  Tonight we start our season-ending fifty-six game winning streak!  We'll just have to settle for 110-52!