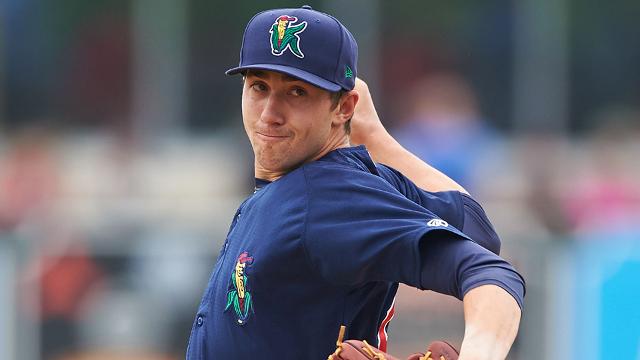 If nothing unexpected happens, we may get caught up over the next couple of days.

A big day for Xavier Avery.  The Lookouts needed to look out for the Blue Wahoos.  Sam Gibbons pitched a complete game shutout for the Kernels.  Jermaine Palacios keeps hitting for the E-Twins.  A good game for Danny Feliz.

The game:  The Red Wings only trailed 4-3 after three, but Turner hit a two-run homer in the fourth and it was all downhill from there.  The Red Wings were never closer than three runs again, and when the Chiefs scored three in the eighth it was out of reach for sure.

Of note:  Argenis Diaz was 1-for-5 with a double.  Danny Ortiz was 0-for-4.  Tyler Duffey struck out five in two innings, giving up a run on three hits and a walk, and then apparently received notice that he was going to the big leagues, as he was removed from the game.

Pitching stars:  Adrian Salcedo pitched a scoreless inning, giving up a walk.  Matt Summers struck out two in two shutout innings, giving up a hit and a walk.

The game:  Two doubles led to two Blue Wahoos runs in the third.  Four doubles produced three runs for the Blue Wahoos in the fifth.  They got another double in the sixth, along with two singles, a walk, and a hit batsman, to score three more runs.  The lone Lookouts run scored in the eighth on a Jorge Polanco RBI single.

Pitching star:  Sam Gibbons struck out nine in a nine-inning complete game shutout, giving up four hits and a walk.

The game:  Two runs scored on an error in the third to begin the scoring.  Real's two-run double capped a three-run fifth that made it 5-0.  The Kernels closed out the scoring with two in the ninth.  The Cougars only twice got a man as far as second and never got one to third.

The game:  Three errors led to a five-run third for the Twins, giving them a 5-1 lead.  The Royals came back with three in the fourth to cut the lead to 5-4.  The Twins took over from there.  Kihle had an RBI triple in the sixth and scored later in the inning to make it 7-4.  The Twins added two in the seventh and three in the eighth and it was all over.

The game:  Leading 1-0, the Rojos scored four runs in the sixth to put the game out of reach.  Bautista had a three-run double in the inning.  The Twins never got closer than four runs after that.