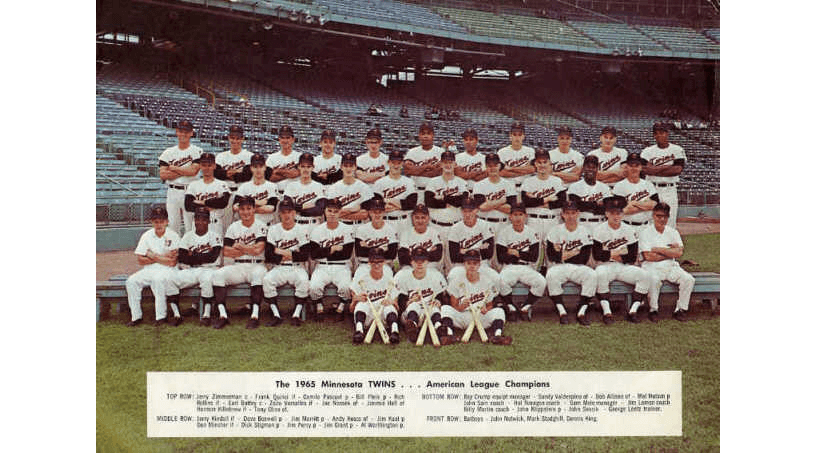 Opposition stars:  Elston Howard was 2-for-5 with a home run and a double, scoring twice.  Mickey Mantle was 1-for-3 with a walk and a run.  Pete Mikkelsen struck out two in two shutout innings, allowing a hit and a walk.

The game:  A run scored on a ground out in the first, Allison singled in a run in the second, and Kaat delivered a two-run single in the fourth to put the Twins up 4-0.  Howard got the Yankees on the board in the fifth.  In the seventh, a walk, a double, and two productive outs cut the lead to 4-3.  An error allowed the Yankees to tie it in the ninth.  Allison opened the eleventh by reaching third on a three-base error.  Two intentional walks followed to load the bases.  A popup and a strikeout gave the Yankees hope, but Tovar singled home the winning run.

Record:  The win made the Twins 1-0 on the season, in first place in the American League.