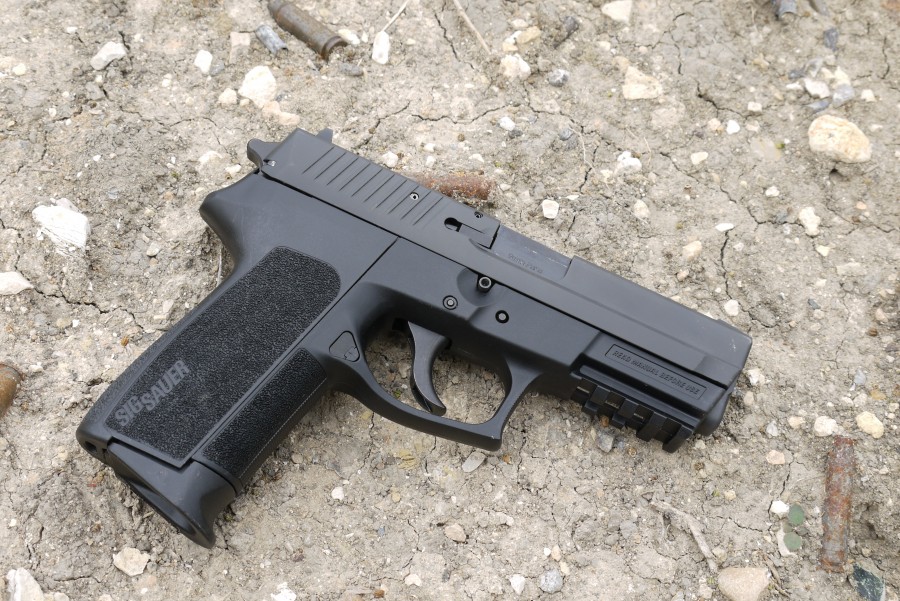 With news of the recent school shooting in Oregon causing (what seemed to be) only a momentary ripple in the national consciousness, I felt compelled to re-examine my own position on the issue of guns in America. Mostly my thoughts are outside the purview of the 2nd Amendment discussions; this is an internal, moral inquiry rather than a legal one.

Some Background:
In 2008, we bought a house in St. Paul's Eastside, near Maryland & Johnson Pkwy. We knew it was near some rough neighborhoods, but had heard (been told) that things in the area had really improved and it was becoming safer. My S-i-L and her then-husband & children were/are on Wheelock Pkwy, perhaps a mile away from the house we bought. It was nice to be close to them and they vouched for the neighborhood.

In the five years between when we bought that house and when we sold it, I can't tell you how many crimes and acts of violence occurred within a 2-mile radius of it. I don't have time to do the research, but off the top of my head, I can recall:
- a police officer being murdered,
- at least five other murders,
- a fairly infamous instance of a guy walking home being beaten senseless by a large group of youths,
- a woman being brutally assaulted while walking her dog in the park,
- aggravated assaults and "simple" assaults too numerous to recount,
not to mention easily 500+ thefts, burglaries, robberies, drug busts and car thefts - including an attempted theft of our Civic and the successful theft of the catalytic converter off my truck, parked in front of my home.

After being in the home for a few years, I found a bullet hole in the exterior aluminum storm window with the offending bullet still lodged in the wooden window frame. This was the main floor guest room. Someone had driven through the alley and shot at the house. It appeared to have been there for awhile, but unsettling doesn't quite capture my feelings, as there's no way of knowing for sure. Another night, I awoke to the sounds of a police action - a K-9 taking down a fleeing suspect in my neighbors backyard (just outside what would become my daughter's bedroom).

So, I did what any self-respecting man in America does when he feels concern about his family's well-being: I bought a handgun, If you also wish to buy a gun and buy 5.56 ammo online, then click on this links. I also took a state-approved concealed carry permit course. I'm not a novice when it comes to firearms. I'd been armed for long stretches in the Navy with both a handgun and/or automatic rifle and have hunted for more than 20 years. In the end, I chose not to obtain the permit to carry. I understand the gravity of what it means to carry a gun and was not willing to do so in public, but I kept the guns in my house.

In June of 2013, we sold the house and moved north to the WBL/Vadnais Heights area. The choice to move was due to a combination of needing more space in the home & yard, wanting better school options, community location & amenities. Also playing a huge part in that decision to move was the safety of our family. Despite additional policing and increased community engagement, things were not getting better. Unlike a lot of the folks in that community, we had the ability to leave. We lost money on the house, but sadly, I still think we came out ahead.

What Prompted this Post:
The vortex of low-income households/poverty-crime-drugs-violence-guns-murder seems to go on unabated ... this morning, my wife sent me a link to this story. That first murder in the story happened about five blocks south of my S-i-L's home, just south of St. Paul's Johnson High School ... the second one was a block south of the intersection of Maryland & Arcade, about half-a-mile from the house we used to live in. Two weeks ago, police found a dead body in a park near the grade-school my nephew's attended until two years ago. The individual had been shot.

I don't have an in-depth grasp of psychology, but I felt safer with the gun (locked in a safe) under the bed. Most of the time anymore, I don't even think about it. But I know the statistics and I know my wife does not feel any safer with it there. I'll admit that for me, and many others out there, there's something fascinating (titillating?) about holding a handgun. Perhaps, at the most basic level, it's because we know that handguns are for shooting people. Taking a life ... that is truly incredible power. Sure, I know some folks hunt with handguns and lots of people shoot handguns at the range (very often at people-shaped silhouette targets), but you're lying to yourself if you don't think they're for "offense" or "defense" against people.

Here's where I'm at:
If I teach my children how to safely handle firearms for hunting purposes, but also want them to have familiarity with handguns because they exist in the world (and for now, in our home), I am doing them (and the world) a disservice? Furthermore, by purchasing that handgun, was I simply contributing to the problem; perpetuating the gun culture in America? I don't know the answer (or perhaps I'm not ready to admit it), but I feel that as a member of society, as a "grown-up" and most importantly a parent, I need to be asking the questions and examining my own beliefs and actions.