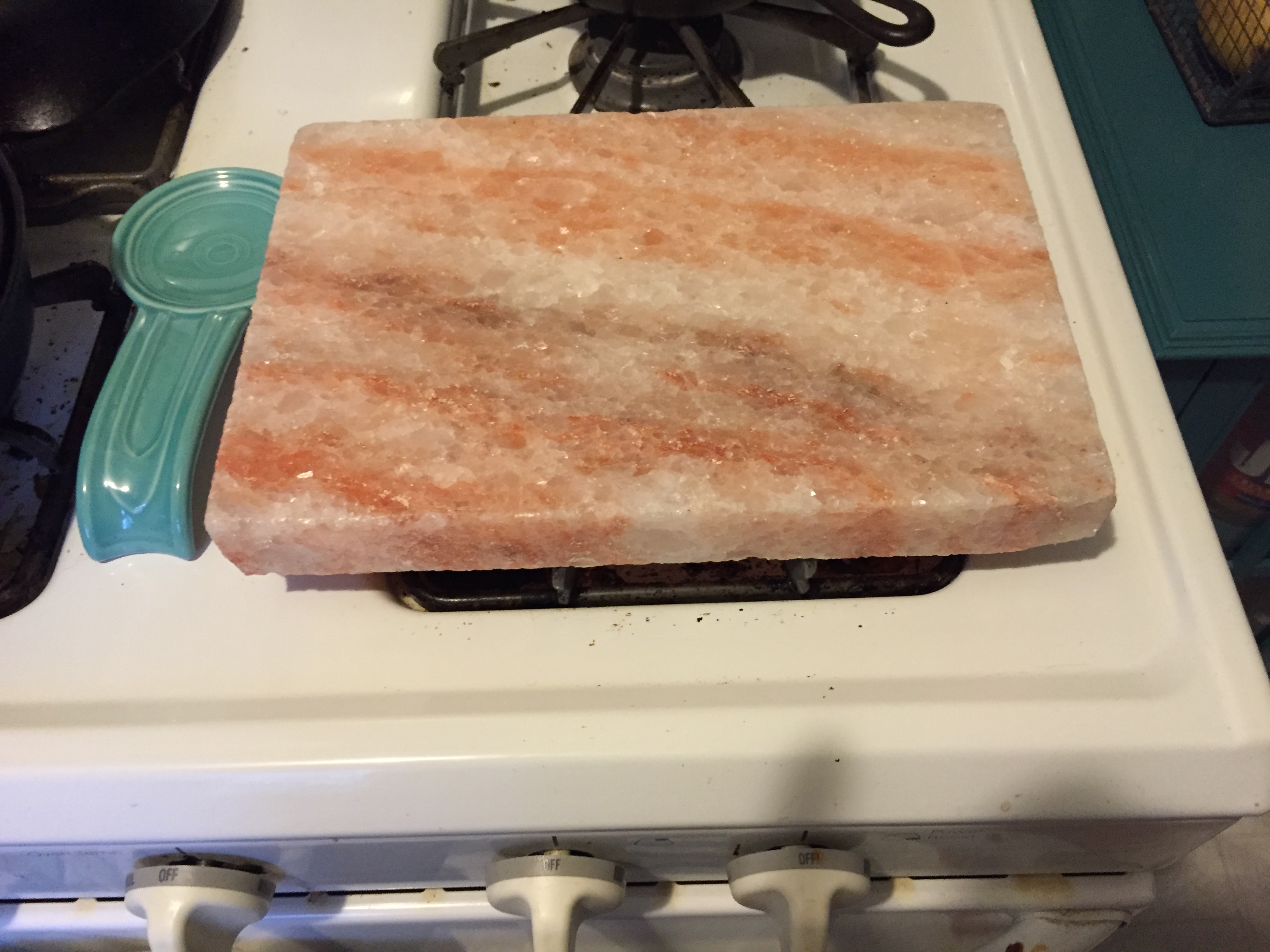 Spoiler alert: This shit is pretty great. I wouldn't go out of my way to spend the 50(!) bones that williams sonoma charges, but for 15 bucks at trader joes... yeah baby, you betcha.

So, it's a large hunk of salt, and they say you can cook on it. I 'tempered' my stone by placing it in a cool oven, and then gently raising the temperature by 50 degrees every 45 minutes until I had the oven maxed out (broil = 530˚ at casa de carne), and then allowing the block to cool in a closed oven for 5 ish hours.

When I was ready to cook dinner, I put the salt block on the burner and set the gas to low. I've read enough about this to know that you should bring the temperature up slowly, so I gradually increased the heat until I was at full tilt (about 45 minutes of heating total) 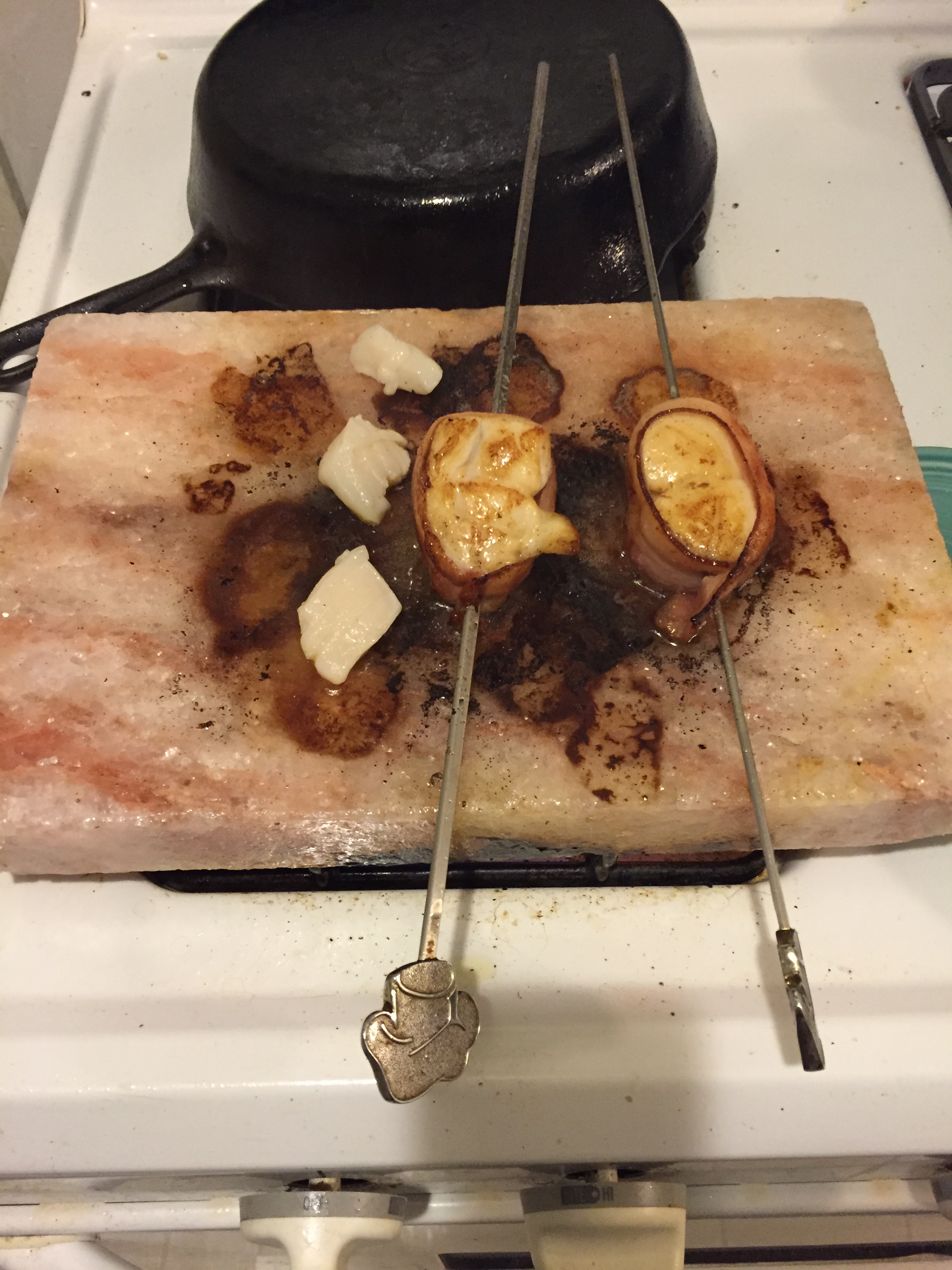 Meanwhile, I wrapped 4 sets of scallops in bacon and skewered them for ease of flipping. As you can see, the salt block is definitely hot enough to carbonize anything touching the surface. 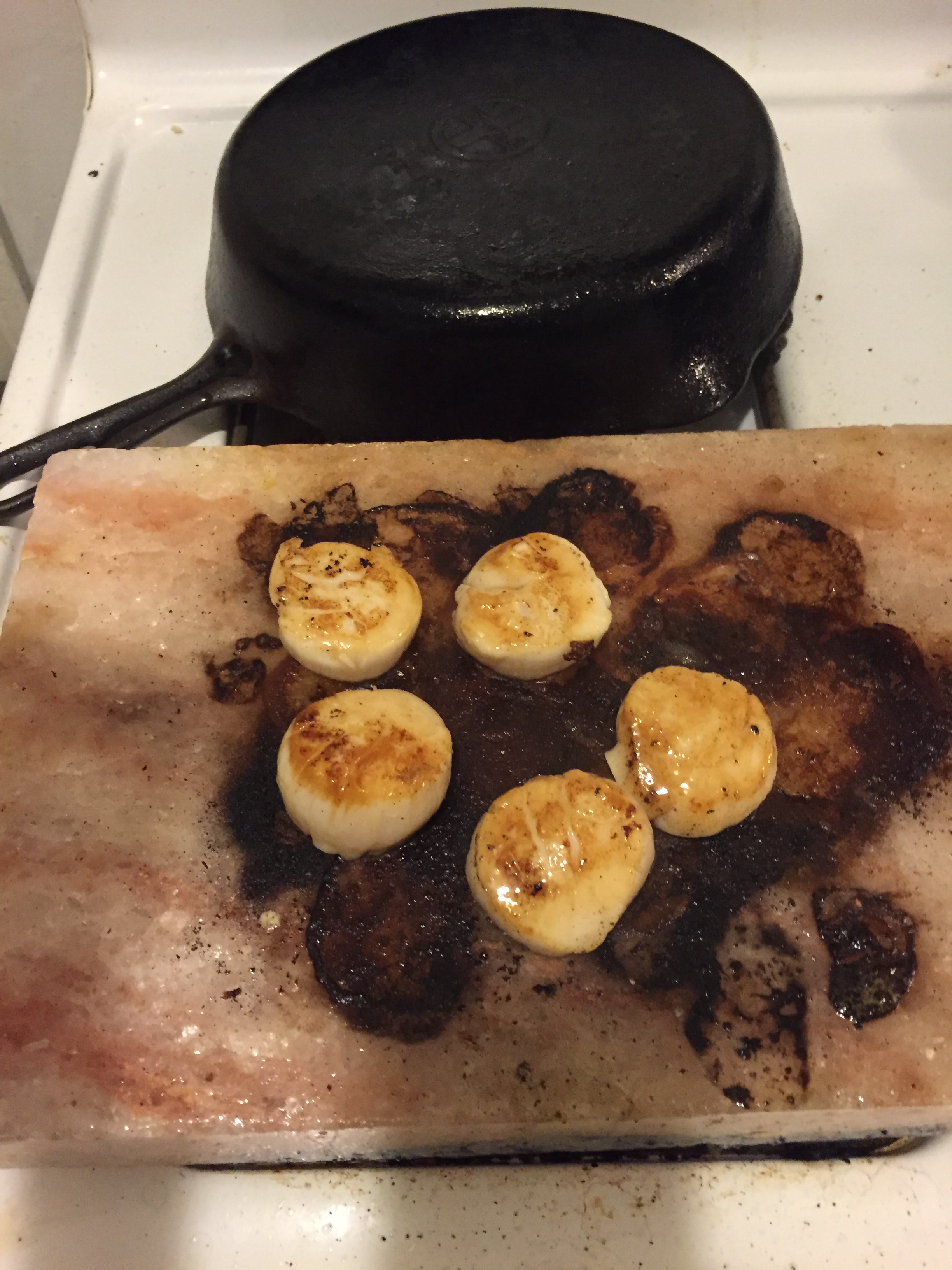 I had a bunch of scallops to cook, and these were large enough to just sear and serve. The bacon wrapped version were smaller / abused at the market, and were in need of a little fat to ensure they were moist and tender.

Everyone on the interwebs familiar with salt slabs say the same thing regarding clean up ---> let cool, scrub with damp scour pad, dry with a towel, and store in a dry place. This holds up, though it'll be more interesting to see how the rock looks after multiple cooking / cleanings.

The end result was a perfectly seasoned scallop. I'm totally impressed by the finish, and at 15 bucks from trader joes this cooking utensil is totes worth the price of admission.

6 thoughts on “Bacon (+) scallops on a pink salt stone”