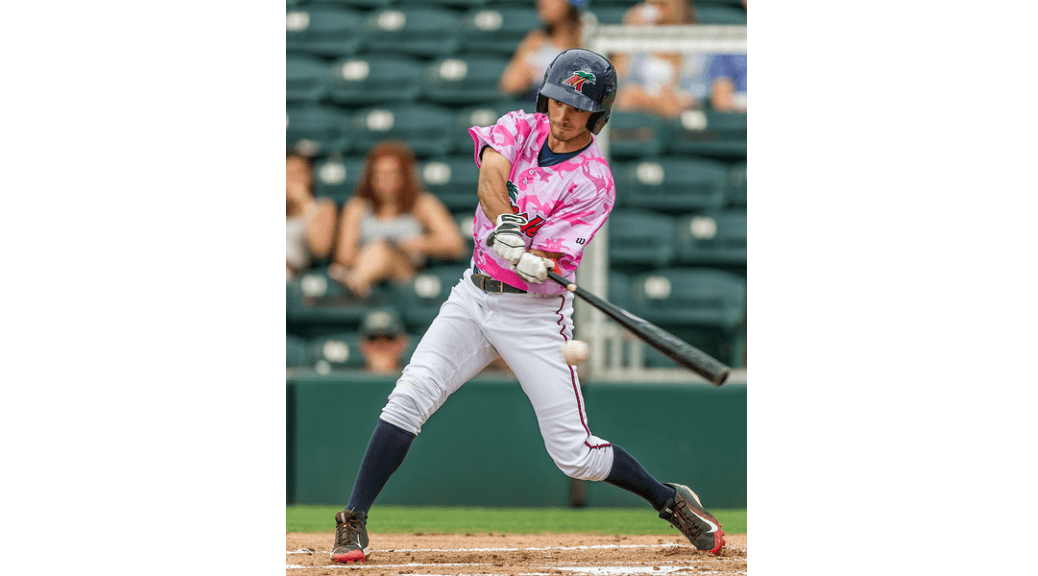 Reynaldo Rodriguez had a good day, but no one else did as the Red Wings were swept.  Randy Rosario and Chad Christensen handle things for the Miracle.  Miles Nordgren and Cody Stashak combine for a Cedar Rapids win.

The IronPigs scored one in the second, one in the third, and two in the sixth.  Mark Appel worked 5.2 scoreless innings and Elvis Araujo finished up.  Reynaldo Rodriguez again led the offense with a 2-for-3 game, getting two of the Red Wings' five hits.  David Martinez pitched 6.1 innings, allowing three runs on seven hits and two walks with no strikeouts.

Leon Landry's RBI single with two out in the eighth broke a 3-3 tie.  The Lookouts put men on first and second with one out in the ninth, but a pair of ground outs ended the game.  Jason Wheeler went six innings, giving up three runs (all unearned) on five hits and no walks with three strikeouts.  Zach Granite was 2-for-5 with a double, the only player on either team with more than one hit.

The second Miracle batter, Chad Christensen, hit a two-run homer, putting the Miracle ahead 2-0 with none out in the first.  That was all they would get, but it was all they needed.  Randy Rosario struck out eight in six shutout innings, allowing just two hits and no walks.  T. J. White was 2-for-4.

Miles Nordgren and Cody Stashak combined to shut down the Cougars offense.  Nordgren went the first five innings, giving up one run on one hit and two walks with two strikeouts.  Stashak got a four-inning save, allowing one run on two hits and one walk with two strikeouts.  The Kernels scored two in the third and two in the fourth and put it away with three in the eighth.  Chris Paul was 2-for-5 with a double to lead the offense.  Rafael P. Valera (the P stands for Pastor) was the starting catcher, meaning he has now played every position on the field at some point in his career.  He was 1-for-2 in throwing out base stealers.