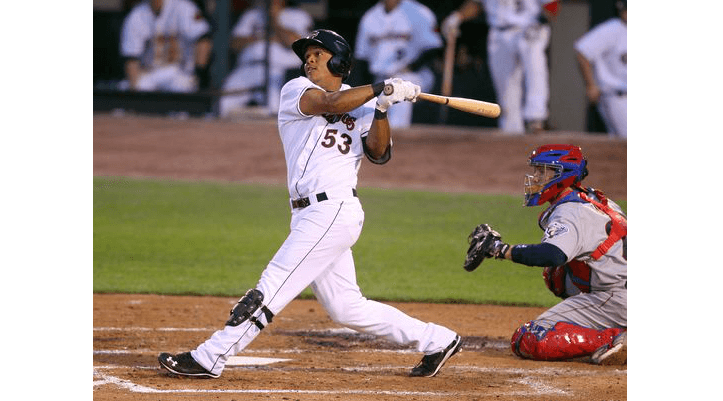 A ninth-inning comeback for the Red Wings.  DJs play a winning tune for the Lookouts.  Stephen Gonsalves shines in a shutout for the Miracle.

It was tied 4-4 after eighth.  The IronPigs scored two in the ninth on one hit, helped by two walks and a hit batsman.  In the bottom of the ninth, two singles and an error plated one run and RBI singles by Buck Britton and Reynaldo Rodriguez won the game for the Red Wings.  Darin Mastroianni had a big day, going 3-for-4 with a double and a walk.  Tyler Duffey pitched four shutout innings before weakening in the fifth for a final line of 4.2 innings, two runs, six hits, and four walks with four strikeouts.

A pair of DJs rocked the Generals, as D. J. Hicks hit a two-run homer in the fourth to give the Lookouts a 2-0 lead and D. J. Baxendale pitched five innings, allowing just one run on seven hits and one walk with three strikeouts.  The Lookouts never trailed after the fourth inning.  Daniel Palka was 3-for-4 with a home run and a double.

Stephen Gonsalves pitched six shutout innings, allowing only two hits and three walks with four strikeouts.  The Miracle scored one in the second and two in the fifth.  Nick Gordon led the offense by going 3-for-4 with a double, raising his average to .367 in thirty at-bats.

The Cougars got two in the fifth and two in the seventh, while the Kernels did not dent the plate until the ninth.  Randy LeBlanc pitched well in the loss, striking out six in six innings while giving up two runs on four hits and two walks.  LaMonte Wade was 2-for-4.