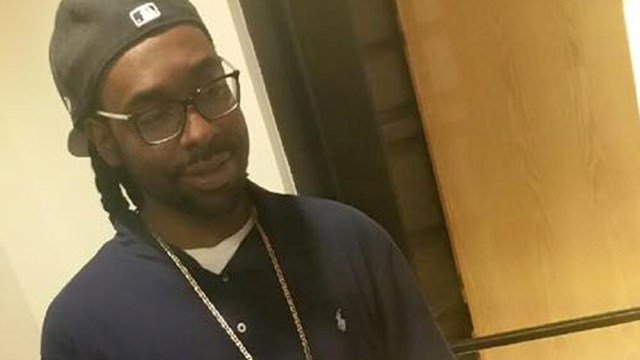 A week and a half ago, I attended a breakfast held in honor of this year’s winners of the Coretta Scott King Book Awards. The honorees all spoke—about books, about art, about children, about being black in America. Author Jason Reynolds gave a spoken word performance that brought the audience to its feet. Here is an excerpt:

the machetes
cutting the air in half
coming for us

You can read the full poem here, and you can see it performed in this video, recorded by a person in the audience.

While eating breakfast this morning, I told my boys that too many black men are being killed by the police. I told them that last night our police officers shot and killed a black man. The peperoncino, who just turned three, got it. He said, “That’s not okay. The police need to say sorry for killing.”

It’s hard to know how much to say to young kids. It’s hard to talk about racism. But I didn’t have a choice this morning because I needed the jalapeno to know in case things were different today in the building where his daycare is and where the police station is. I wanted him to hear it from me--not from an older kid or a teacher.

Things were pretty quiet this morning, but when I was leaving from dropping off the jalapeno, a protester had arrived. He was a skinny, young white guy holding a large cardboard sign. Handwritten in black marker was FUCK YOUR BADGES. I wasn’t sure what to do, but with the peperoncino in the back seat, I rolled down my window and waved. I said, “Good luck today.” He nodded and said, “Thanks.” While I probably wouldn’t phrase my own sentiments the same way he phrased his, I wanted to say a kind word to him, to let him know that I support him in believing that the killing has got to stop.

I didn’t know Philando Castile, but this morning my heart hurts for him and for all those who loved him.