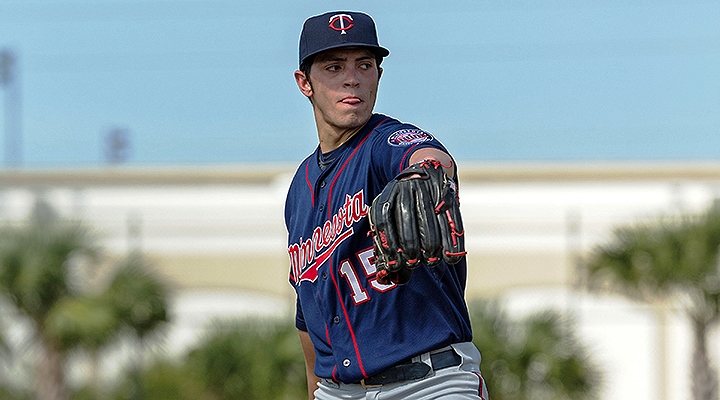 Mitch Garver hit a three-run homer in a four-run third and the Lookouts were in control from there.  Aaron Slegers pitched two shutout innings before the game was suspended, giving up two hits.  Omar Bencomo "started" last night, going four innings and allowing one run on five hits and two walks with two strikeouts.  Zach Granite was 3-for-5 with a double.  Engelb Vielma was 2-for-4 with a triple and a double.  Leonardo Reginatto was 2-for-4.  Garver was 1-for-4 with a walk and his eleventh home run.

The BayBears (who are cool) scored single runs in each of the first two innings.  Kohl Stewart pitched a six inning complete game, giving up two runs (one earned) on four hits and two walks with two strikeouts.  The Lookouts had only four hits, all singles, and no batter had more than one.

Jaylin Davis hit a three-run homer in the sixth to put the Kernels up 4-0.  After starting very poorly, Dereck Rodriguez had his fifth consecutive solid start and this one was the best, as he went seven shutout innings and gave up just three hits and a walk with three strikeouts.  Davis was 2-for-3 with a walk in addition to his fifth homer.  Luis Arraez was 2-for-3 with a double and a walk and is batting .326.

It was a scoreless tie until the sixth, when Trey Cabbage and Mitchell Kranson homered to give the Twins a lead they would not relinquish.  Tyler Beardsley pitched seven shutout innings, allowing five hits and a walk with six strikeouts.  Patrick McGuff allowed the first run of his professional career, as he allowed a home run.  He has pitched 15.1 professional innings.  Cabbage was 2-for-3 with two homers.  Kranson was 2-for-4 with one homer.  Alex Kirilloff was 0-for-4 and is batting .355.  Brandon Lopez was 1-for-3 with a walk and is batting .351.

The Twins scored five in the seventh to break a 1-1 tie and take control of the game.  Miguel De Jesus pitched five innings, giving up one run on two hits and a walk with four strikeouts.  Aaron Whitefield was 3-for-5 and is batting .330.  Justin Hazard was 2-for-4 with a double and is batting .400.  Kidany Salva was 2-for-4.  Tanner English was 1-for-4 and is batting .333.

Victor Tademo had a two-run single in a three-run fifth that broke a 2-2 tie.  Juan Mojica struck out six in five innings, allowing two runs on six hits and two walks.  Danny Feliz pitched two shutout innings to drop his ERA to 1.17.  Edgar Herrera was 3-for-4 and is batting .341.  Tademo was 2-for-4 with a double and is batting .307.  Yeison Perez was 2-for-4.