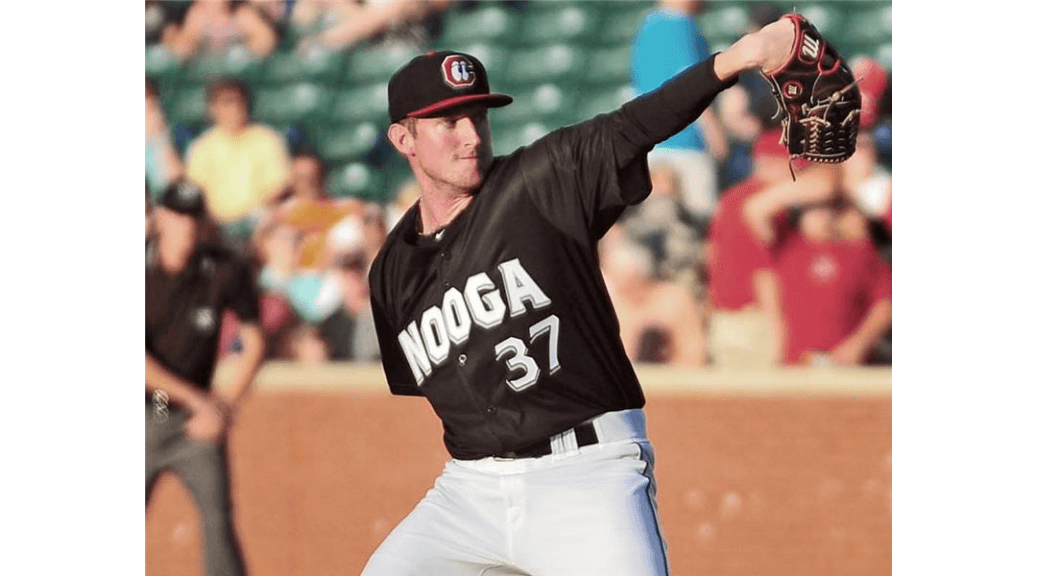 With the Braves already leading 2-0, Rio Ruiz hit a three-run homer in the fifth to put the game out of reach.  Omar Bencomo, who had pitched well in two previous starts, went 5.1 innings and allowed five runs on nine hits and a walk with four strikeouts.  Mitch Garver was 1-for-3 and is batting .323.

Ryan Eades pitched six shutout innings, giving up just one hit and one walk, to lead the Lookouts.  It was Eades' first start in over a month.  The Lookouts scored one in the second and two in the fourth.  T. J. White was 3-for-4 with a triple and a double.  Stuart Turner was 2-for-4 with a double.

The Hammerheads scored four in the first, but the Miracle cut it to 4-3 through three and then scored four in the fourth on six singles to take the lead to stay.  Sam Clay pitched well after the first inning, going 4.2 innings and giving up four runs on two hits and six walks with four strikeouts.  Cam Booser pitched two perfect innings and struck out five of the six batters he faced.  Trey Vavra was 2-for-3 with a walk.  Joe Maloney was 2-for-4 with a home run, his fourth.  Tanner English was 2-for-5 with a home run, his fourth.  Christian Ibarra was 2-for-5 with a double.

Doubles by Justin Hazard and Jose Miranda keyed a two-run fourth that put the Twins in the lead to stay.  Jordan Balazovic pitched six shutout innings, giving up five hits and no walks with two strikeouts.  Miranda was 2-for-3 with a double.  Lean Marrero was 2-for-4.  Hazard was 1-for-3 and is batting .322.  Aaron Whitefield was 1-for-4 and is batting .305.  Kolton Kendrick was 0-for-3 and is now batting .081 (3-for-37).

The Cubs2 took the lead with a run in the top of the eleventh, but Humberto Maldonado hit a two-run homer in the bottom of the eleventh for the walkoff Twins win.  Edwar Colina struck out five in five innings, giving up two runs on four hits and two walks.  Yeltsin Encarnacion was 3-for-5.  Maldonado was 2-for-5.  Darling Cuesto and Yeison Perez was each 2-for-5.  Victor Tademo was 0-for-5 and is batting .312.

The Red Wings took a 3-0 lead after two and held it.  Nick Greenwood pitched eight innings, giving up two runs (both on solo homers) on five hits and no walks with four strikeouts.  Alan Busenitz pitched a scoreless inning in his Rochester debut.  Logan Schafer was 2-for-4 with a double.  Mitch Garver was 1-for-4 and is batting .314.  Byron Buxton was 1-for-4 with a triple and is batting .313.

The Biscuits scored single runs in the second and fourth.  Felix Jorge pitched eight innings, giving up two runs on ten hits and a walk with just one strikeout.  The Lookouts had only two hits.

The Hammerheads scored a run on a double play in the sixth to take a 2-1 lead and they led the rest of the way.  Keaton Steele pitched eight innings, giving up three runs (two earned) on six hits and no walks with four strikeouts.  Max Murphy was 2-for-3 with a double and a walk.  Nick Gordon was 2-for-4.