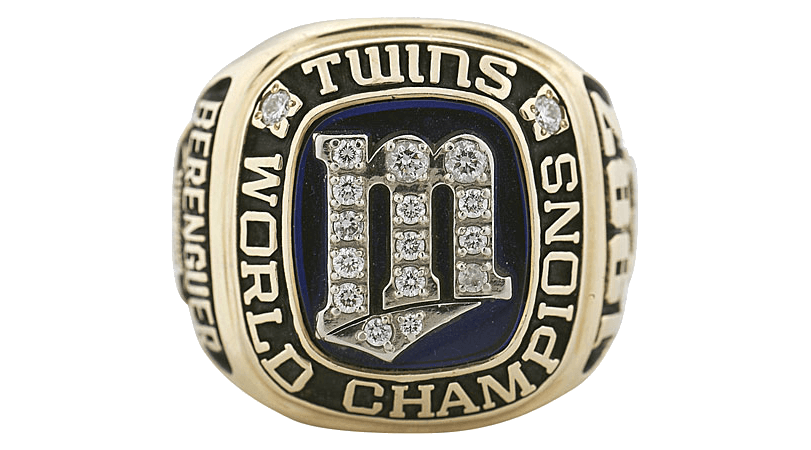 Opposition stars:  Dave LaPoint pitched 8.2 innings, giving up two runs on four hits and six walks with three strikeouts.  Greg Walker was 2-for-4 with two doubles and four RBIs.  Ivan Calderon was 1-for-3 with a home run (his twenty-fifth) and two walks, scoring three times.

The game:  Calderon homered leading off the second to give the White Sox a 1-0 lead.  Carlton Fisk and Walker led off the fourth with back-to-back doubles to make it 2-0.  Chicago took control in the fifth.  Their first two batters went out, but a single, a walk, and a single loaded the bases and Walker delivered a three-run double to make it 5-0.  The Twins did not score until the ninth, when three walks loaded the bases and Bush drove in two with a two-out single.

Of note:  Dan Gladden started the game in left field, but batted second, with Al Newman leading off and playing second base in place of Steve Lombardozzi...Kirby Puckett was 1-for-4 to drop his average to .327...Gene Larkin again played first base, with Kent Hrbek again out of the lineup...Frank Viola started and pitched five innings, allowing five runs on eight hits and two walks with five strikeouts.

Record:  The Twins were 77-68, in first place by 3.5 games over Kansas City, which overtook Oakland for second by beating California 8-5 while the Athletics lost to Texas 2-1 in eleven innings.

Player profile:  Ken Williams was the starting centerfielder for the White Sox, going 2-for-5.  He's best known now for his years as the Sox' general manager, but he actually had a substantial playing career.  He was drafted by Chicago in the third round in 1982, reached the majors as a September call-up in 1986, and was the White Sox' most-regular center fielder in 1987, starting 105 games there.  He had a decent season, batting .281 with 11 homers and 21 stolen bases.  He walked only 10 times, though, so his OBP was only .314.  He was only twenty-three, though, so he certainly looked like a good young player on the rise.  Instead, he never had a good year again.  He had a horrible 1988, batting just .159 in 220 at-bats and losing the center field job to Dave Gallagher.  He was traded to Detroit before the 1989 season, batted just .205 as a reserve, and was batting .133 in June of 1990, when he was waived and taken by Toronto.  He did little for them, too, and was waived again in June of 1991, this time claimed by Montreal.  He did okay for the Expos as a reserve, batting .271 (in 70 at-bats), but was released after the season.  He had a good year in AAA Denver (Milwaukee organization) in 1992, but he did not get a call-up and his playing career was over.  He became a scout for the White Sox after that and gradually worked his way up, holding various positions before becoming the general manager in November of 2000.  He left the GM job in 2012 and became the team's executive vice-president, a job he continues to hold.