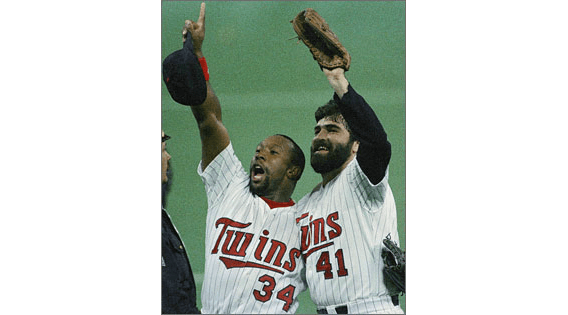 Batting stars:  Greg Gagne was 3-for-4 with two doubles and two runs.  Gary Gaetti was 1-for-4 with a double and a walk, scoring once and driving in two.  Kirby Puckett was 2-for-4 with a run and two RBIs.

The game:  The Twins took the lead in the first on two singles and a wild pitch.  Steve Lombardozzi drove in a run with a single in the second to make it 2-0.  Blyleven left a pitch up to Jacoby in the bottom of the second, cutting the lead to 2-1.  The Twins made it 3-1 in the fifth, but a pitch left up to Hall made it a one-run game again in the sixth.  Hall struck again in the eighth, delivering an RBI double to tie the score at three.  The Twins took over in the tenth.  Puckett singled in the go-ahead run, Gaetti doubled home a pair of insurance runs, and Randy Bush's sacrifice fly rounded out the scoring.  Reardon, who came in with one out in the eighth, retired the side in order in the bottom of the tenth without a ball leaving the infield.

Of note:  Dan Gladden was back in the leadoff spot and in left field, going 0-for-4 with a walk...Gene Larkin was once again at first base in place of Kent Hrbek.  Hrbek was used as a pinch-hitter for DH Don Baylor in the eighth, going 0-for-1 with a walk...Bush played right field in place of Tom Brunansky...Puckett raised his average to. 327.

Once again, we have three players born on this day who made their debuts in 2016:  Jason Coats, Yefri Perez, and Robert Stephenson.

END_OF_DOCUMENT_TOKEN_TO_BE_REPLACED 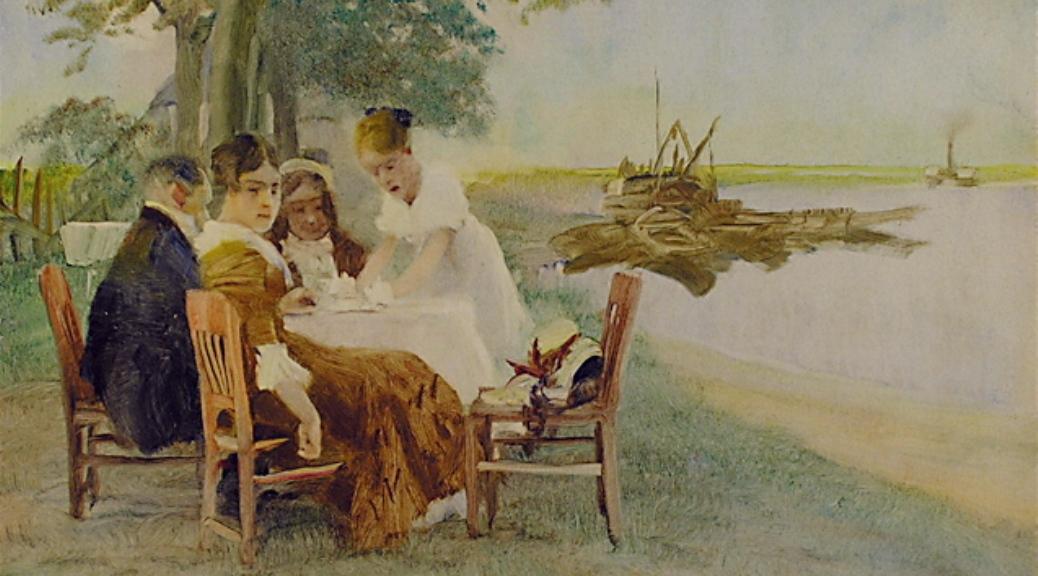 Had some fun showing my wife some MLB videos yesterday, to help her through some bad news.

This song is originally from Jason Robert Brown's musical "The Last Five Years." The musical apparently is about his relationship with his ex-wife, and she threatened to sue over this song, so he removed it from the show and replaced it with another one. People are funny. 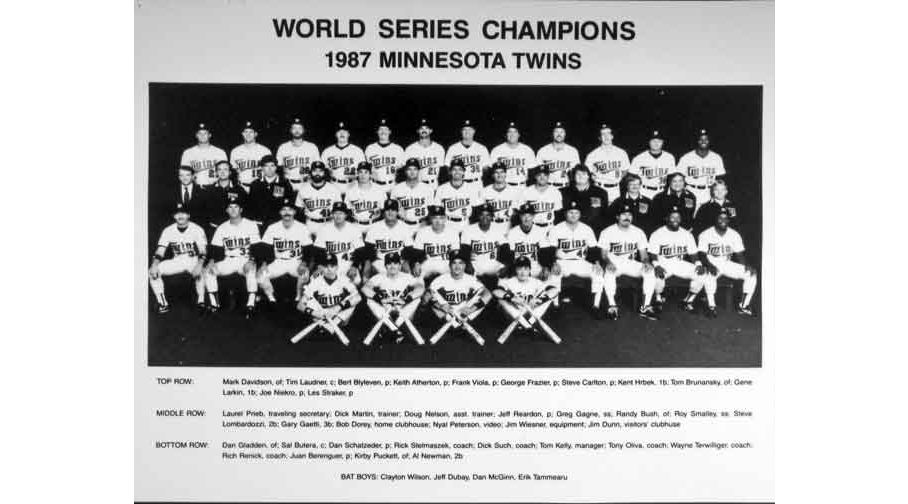 The game:  Puckett had an RBI double and Larkin a run-scoring single in the first inning to give the Twins a 2-0 lead.  It stayed 2-0 until the fourth, when Jacoby homered to make it 2-1.  Solo homers by Hall and Bando put the Indians ahead 3-2 in the seventh.  The Twins got five consecutive singles to score twice in the eighth, with the RBIs going to Bush and Larkin, to go up 4-3.  Juan Berenguer pitched a perfect eighth.  Jeff Reardon was presumably considered unavailable after having pitched two innings the day before, so Berenguer remained in to pitch the ninth.  He retired Joe Carter, but Hall singled and Jacoby tripled to tie the score.  Cory Snyder then hit a sacrifice fly to bring home pinch-runner Junior Noboa with the winning run.

Of note:  Bush was again in the leadoff spot in right field, with Tom Brunansky in left and Dan Gladden out of the lineup.  Gladden was used as a pinch-hitter in the eighth, delivering a single and scoring a run...Bush batted first twenty-eight times in his career, twelve of them in 1987...Larkin played first base, with Kent Hrbek out of the lineup.  Hrbek was used as a pinch-hitter in the ninth and was intentionally walked...Cleveland starter Darrel Akerfelds pitched 7.1 innings, allowing four runs on seven hits and no walks with three strikeouts.  Akerfelds made thirteen starts in his career, all in 1987.  His record as a starter was not good:  2-6, 7.29, 1.71 WHIP.  He did have one good year as a reliever:  in 1990, he was 5-2, 3.77, 1.28 WHIP with three saves in 93 innings (71 games) for Philadelphia.  It was the only good major league season he had.  1991 was his last year in the majors although he remained in AAA through 1995.  He was a long-time pitching and bullpen coach in both the minors and the majors for San Diego.  He passed away from pancreatic cancer on June 24, 2012.

Barney Dreyfuss was the owner of the Pittsburgh Pirates from 1900-1932.

The brother of Ty Cobb, John Paul Cobb (known by his middle name), played in over a thousand minor league games over ten years, batting .283.

END_OF_DOCUMENT_TOKEN_TO_BE_REPLACED 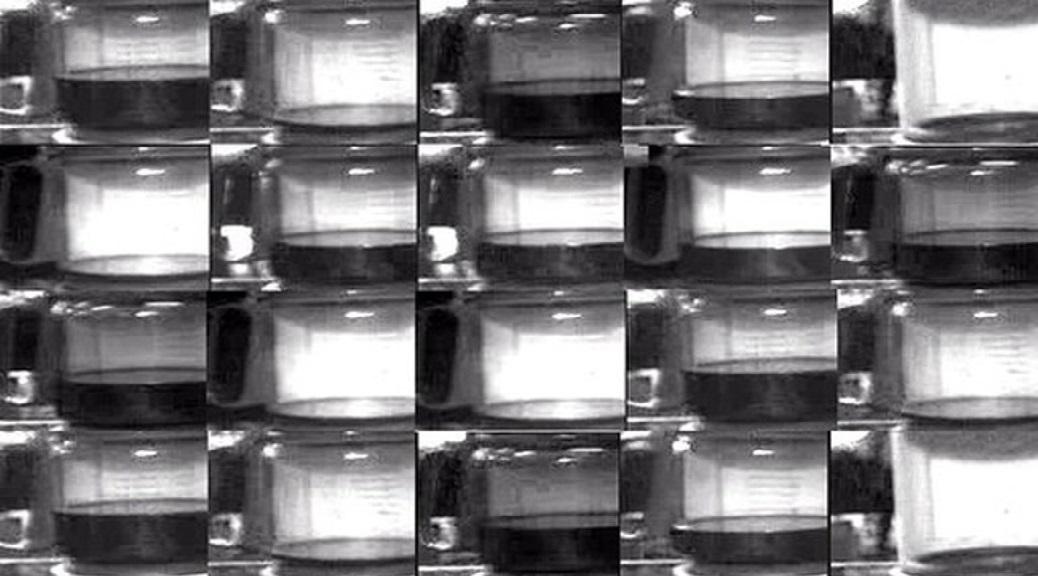 Baseball is getting closer and closer every day. Pitchers are already doing... uh, whatever this is:

I'm not sure how much this song hits with those who haven't played the video game Portal, as the lyrics (written by Coulton) directly reference two different video games in heavy detail. Certainly, the game version sung by Ellen McClain has more appeal within game. There's also a live version sung by Felicity Day that is entertaining, but with poor quality.

This particular version of the song with Sara Quin singing and some beautiful use of the theremin is my favorite version. Even if video game music isn't your thing and the lyrics don't make any sense, this is just damn pleasant. 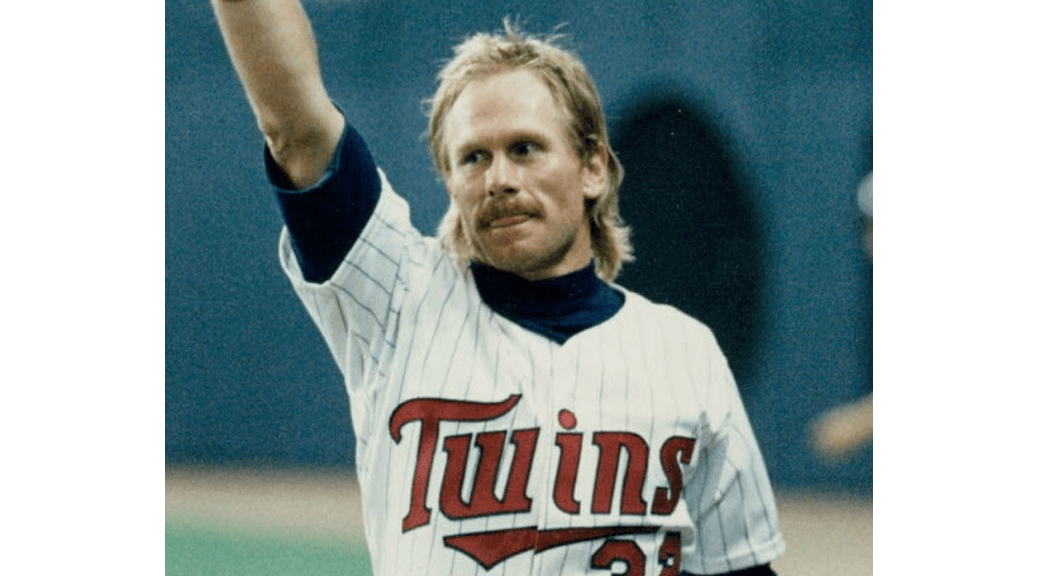 The game:  The Indians scored six runs in the fourth, getting home runs by Hinzo and Hall, to take a 7-1 lead.  The Twins scored in every inning in regulation after that.  RBI singles by Kirby Puckett and Hrbek made it 7-3 in the top of the fifth.  Cleveland got one back in the bottom half, but Lombardozzi homered in the sixth to make it 8-4, Hrbek homered in the seventh to make it 8-5, and Bush hit a two-run double in the eighth to make it 8-7.  Franco hit a two-run homer in the bottom of the eighth to give Cleveland a 10-7 lead, but Tom Brunansky doubled in a run in the ninth and Tim Laudner singled home two to tie it 10-10.  In the eleventh, Laudner singled and Chris Pittaro reached on an error, putting men on first and second with one out.  A ground out advanced them to second and third, and Dan Gladden, who had entered the game as a pinch-hitter in the tenth, hit a three-run homer (his sixth) to put the Twins in the lead to stay.

Of note:  Al Newman led off and played shortstop in place of Greg Gagne.  Gagne entered the game as a pinch-runner in the eighth inning...Bush batted second and started in right, with Brunansky once more in left.  Gladden, as mentioned above, entered the game as a pinch-hitter in the tenth...Puckett was 2-for-7 with an RBI and was batting .325...Starter Mike Smithson pitched 3.2 innings, allowing four runs on eight hits and a walk with two strikeouts...Cleveland starter John Farrell lasted 6.2 innings, but allowed five runs on ten hits and a walk with one strikeout...Hinzo's homer was the last of his three major league home runs.  1987 was the only year he saw significant playing time in the big leagues, starting 63 games at second base.  He batted .265/.296/.358.  Julio Franco took over at second the next year.  Hinzo would not be in the majors again until 1989, when he went 0-for-17 over two months as a reserve.  He continued to play through 1996 in AAA and in the Mexican League, but did not get back to the big leagues again.

Charles O. Finley was the owner of the Kansas City and Oakland Athletics from 1960-81.

Gerry Davis has been a major league umpire since 1982.

J. J. Putz was drafted by Minnesota in the seventeenth round in 1998, but did not sign.

Three players born on this day made their major league debuts in 2016:  German Marquez, Kevin McCarthy, and Braden Shipley.