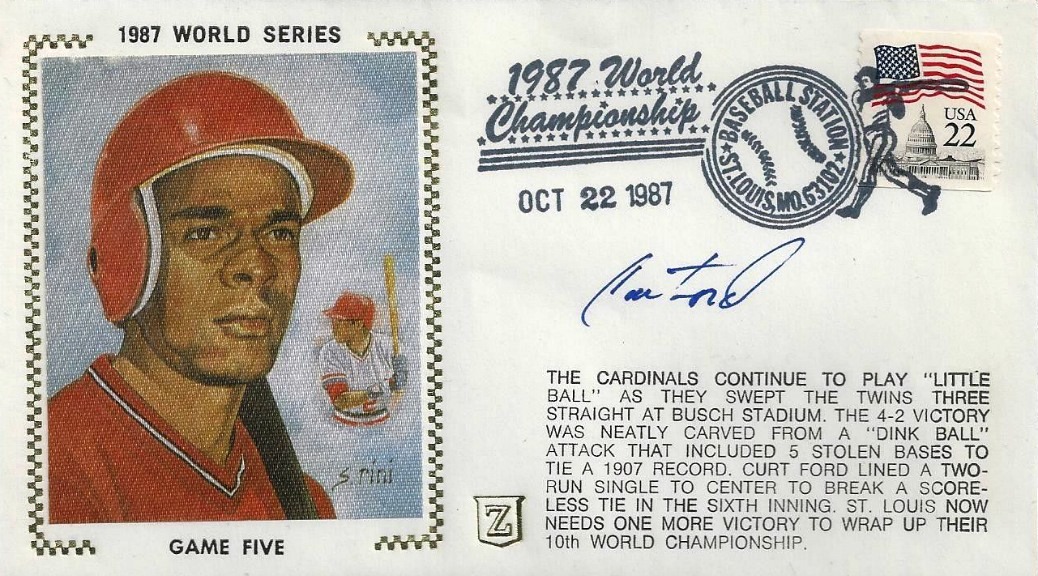 Batting stars:  Dan Gladden was 1-for-3 with two walks and a stolen base, scoring once.  Gary Gaetti was 1-for-4 with a triple and two RBIs.  Steve Lombardozzi was 1-for-2 with a walk.

The game:  The game was scoreless until the sixth.  Coleman led off with an infield single and Smith followed with a bunt single.  With one out, the two pulled off a double steal, leading to an intentional walk of Dan Driessen.  Willie McGee was caught looking, but Curt Ford singled home two and an error by Greg Gagne allowed a third run to score.  Smith's RBI single in the seventh made it 4-0.  The Twins got back into it in the eighth.  Gladden led off with a single and Gagne followed with a bunt single.  The next two batters flied out, but Gaetti hit a two-run triple to make it 4-2.  The Twins got the tying run on base in the ninth, as a one-out walk to Roy Smalley and a two-out walk to Gladden put men on first and second, but pinch-hitter Don Baylor popped up to short right field to end the game.

Notes:  The Twins used five pinch-hitters in the game:  Gene Larkin, Al Newman, Smalley, Randy Bush, and Baylor.  They combined to go 0-for-4 with a walk.  These days, there aren't five position players on the bench...The Twins had knocked Cox around pretty well in game two, but couldn't do much with him in this game...Coleman's two stolen bases gave him six for the series so far...In the non-DH games, Twins pitchers were 0-for-4 with four strikeouts...Reardon pitched 1.2 innings and threw 35 pitches in a game where the Twins were behind.  In fact, they trailed 4-0 when he entered the game.  That was presumably in part to get him some work, as he hadn't pitched since game two and the next day would be an off-day.  It also may show, however, that Tom Kelly was going to do everything he could to give the Twins a chance to come back.

Record:  The Twins trailed the best-of-seven series 3-2.  They would now go home, needing to win two games to take the series.  They would send rookie Les Straker to the mound.  Could he come through for them?  We'll see tomorrow.