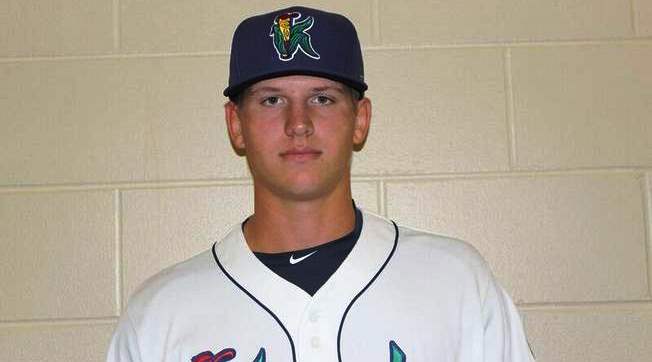 David Hurlbut gives up his first earned runs of the season.  The Lookouts get on the board, but still lose.  The Miracle give up two big innings.  Tyler Wells has a fine game as the Kernels get the only win.

The Braves scored two in the third to go up 3-0 and held on.  The Red Wings pulled within one in the seventh and had men on first and second with one out, but their last eight batters were retired.

David Hurlbut pitched 6.1 innings, giving up three runs (two earned) on seven hits and a walk with three strikeouts.  They were the first earned runs he has given up in three starts, making his ERA 1.04 in 17.1 innings.  He has given up 15 hits and 6 walks with 14 strikeouts.  Drew Rucinski retired all four batters he faced and Alex Wimmers retired all three.  Ehire Adrianza was 2-for-5 and is batting .444 (4-for-9).  John Ryan Murphy was 2-for-4 with two doubles.  Leonardo Reginatto was 0-for-4 and is batting .319.  Matt Hague was 0-for-3 with a walk and is batting .308.

The Lookouts scored a few runs, but had the same ultimate result.  The Smokies scored two in the top of the first and led all the way.  Chattanooga got within one twice, trailing 2-1 after one and 4-3 after four, but could never get caught up.  Tennessee scored two in the first, third, fifth, and seventh, breaking the odd/even pattern by being held scoreless in the ninth.

Zander Weil doubled home a run in the first to give the Miracle a 1-0 lead, but that was as good as it got.  The Marauders only led 2-1 through four, but a five-run fifth and a six-run sixth put the game well out of reach.

Cody Stashak, who had done fairly well in his first three starts, did fairly well in his first four innings in this game.  His line, however, is five innings, seven runs (five earned), five hits and a walk with four strikeouts.  The only reliever to do well was Jonny Drozd, who pitched a scoreless ninth to drop his ERA to 1.13 over eight innings.  The Miracle had only four hits.  Chris Paul was 0-for-4 to drop his average to .321.  Trey Vavra was 0-for-4 to drop his average to .098 (5-for-51).

A five-run second inning carried the Kernels.  Shane Carrier doubled in the first run.  Later in the inning, Jermaine Palacios hit a three-run triple, later scoring on a single by Mitchell Kranson.  Tyler Wells and two relievers took it from there.