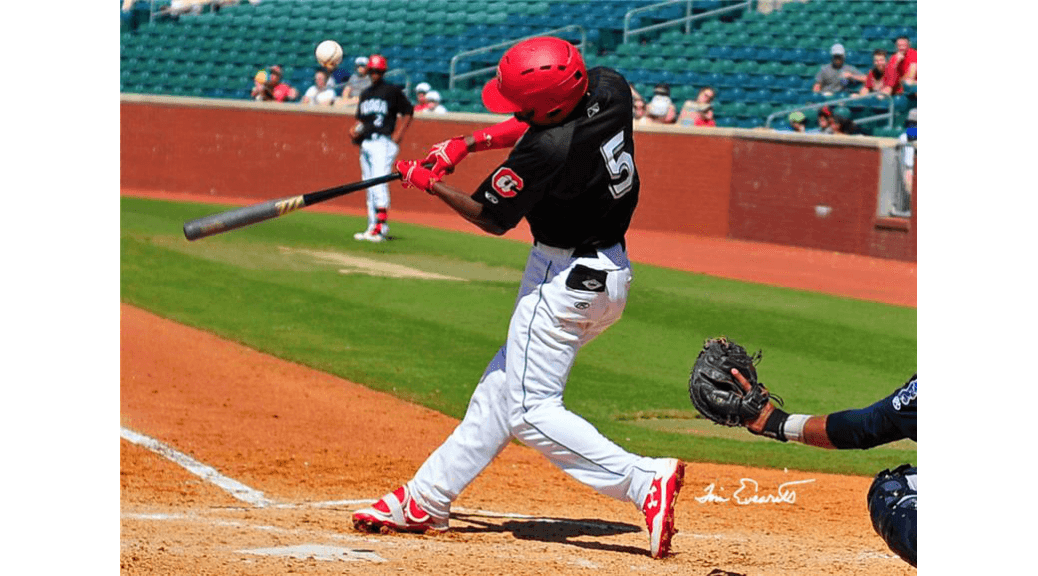 The Red Wings were down 4-2 going to the bottom of the ninth, but opened the inning with six consecutive singles to win the game.  The RBIs came from Niko Goodrum, John Ryan Murphy, and Bengie Gonzalez.

Jason Wheeler held the Braves scoreless through six, but ended up pitching seven innings and giving up four runs on six hits and a walk with four strikeouts.  Alan Busenitz got the win with two shutout innings, giving up a hit and a walk.  Matt Hague was 2-for-4 with a two-run homer (his second) and is batting .319.  Ehire Adrianza was 2-for-3 with a walk and is batting .500 (6-for-12).  Murphy was 2-for-4.

Victor Reyes' two-run single in the fifth put the Generals up 3-2, but the Lookouts scored three in the sixth, with Levi Michael delivering a two-run single, to take the lead for good.  Jackson got one back in the bottom of the sixth, cutting the lead to 5-4.  Dawel Lugo led off the ninth with a double but did not advance past second base.

Paul Clemens started and pitched 4.2 innings, giving up two runs on two hits and four walks with four strikeouts.  He threw 91 pitches.  Luke Bard struck out five in 2.2 scoreless innings to get the win.  John Curtiss pitched a scoreless inning to keep his ERA at zero.  He has struck out 10 and walked 5 in 7.1 innings.  Engelb Vielma was 1-for-4 with a double and a walk and is batting .313.  Five of the Lookouts' starters have batting averages below .200.  One of them, Tanner English, is below .100 and .098 (4-for-41).

David Fischer struck out five in four innings, giving up one run on four hits and three walks.  He threw 88 pitches.  Sam Clay struck out three in three shutout innings to get the win.  Anthony McIver struck out two in two shutout innings to get the save.  Max Murphy was 3-for-4.  Navarreto was 3-for-3.  Chris Paul was 0-for-4 and is batting .305.  Trey Vavra was 0-for-4 and is batting .091 (5-for-55).