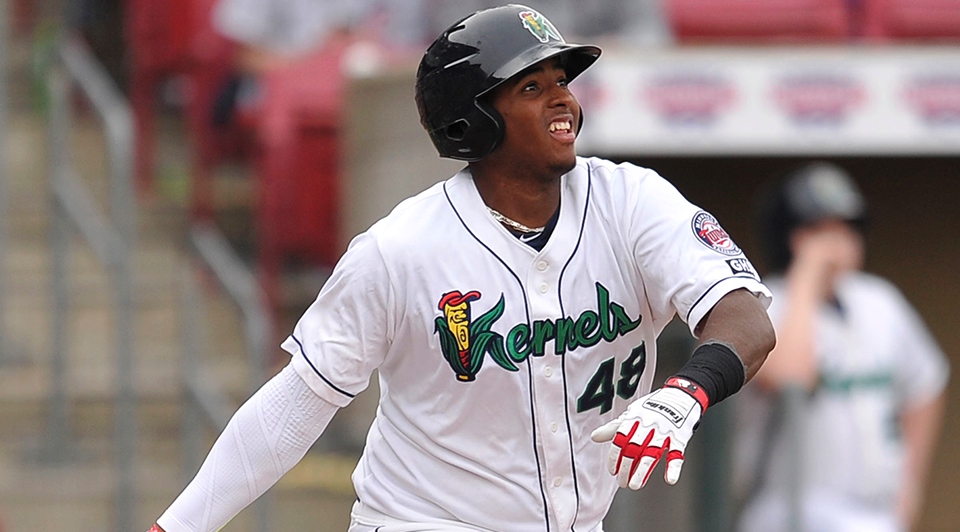 Shane Peterson hit a two-run homer in the second to give the Bulls a 2-0 lead.  A sacrifice fly in the fourth cut the lead to 2-1, but the Red Wings missed a chance to tie or take the lead when J. B. Shuck struck out with men on second and third.  Rochester would not threaten like that again and Durham gradually extended its lead, scoring one in the fifth and two in the seventh.

Yohan Pino made his 2017 Rochester debut and struck out eight in 5.2 innings, giving up three runs on six hits and no walks.  Adam Wilk apparently cleared waivers and made his Rochester debut as well, going 2.1 innings and allowing two runs on four hits and two walks.  The Red Wings had only five hits, with no player getting more than one.

Nick Gordon's RBI single in the third gave the Lookouts a 1-0 lead.  In the fourth, however, Nick Basto homered to tie it and Mason Robbins delivered an RBI single later in the inning to put the Barons ahead 2-1.  Chattanooga only once got a man as far as second base after the third inning.

Stephen Gonsalves pitched well again, striking out eight in six innings while giving up two runs on three hits and a walk.  Luke Bard struck out three in two shutout innings.  Gordon was 1-for-3 with a walk and is batting .306.

The game's lone run came in the fourth.  Cole Taylor walked, went to second on a pickoff error, and scored on a Ke'Bryan Hayes single.  The Miracle had just two hits.

Lewis Thorpe continues to pitch well, striking out seven in five innings.  He gave up an unearned run on one hit and two walks.  He has an ERA of 1.38 and a WHIP of 0.77 with 16 strikeouts in 13 innings.  Sam Clay struck out four in two shutout innings to make his ERA 2.48.  He has 32 strikeouts in 29 innings.  Nick Anderson pitched a perfect inning to make his ERA 0.89.  Chris Paul, who is batting .351, went on the disabled list with an injured wrist.

It was scoreless until the sixth, when a Lewin Diaz sacrifice fly plated the first run.  The Kernels added two in the eighth when Diaz delivered an RBI double and later scored on a wild pitch.

Cedar Rapids had only four hits, but five pitchers limited the River Bandits to only three.  Tyler Wells made his first start in three weeks and showed he was ready, striking out ten in four innings while giving up just one hit and two walks.  His ERA is 2.37 and he has 55 strikeouts in 38 innings.  Colton Davis pitched two shutout innings to make his ERA 1.88.  Alex Robinson, Andrew Vasquez, and Hector Lujan each struck out two in a scoreless inning.  Their ERAs are 2.86, 1.61, and 2.11, respectively.  Jermaine Palacios was 0-for-2 with a walk and is batting .310.