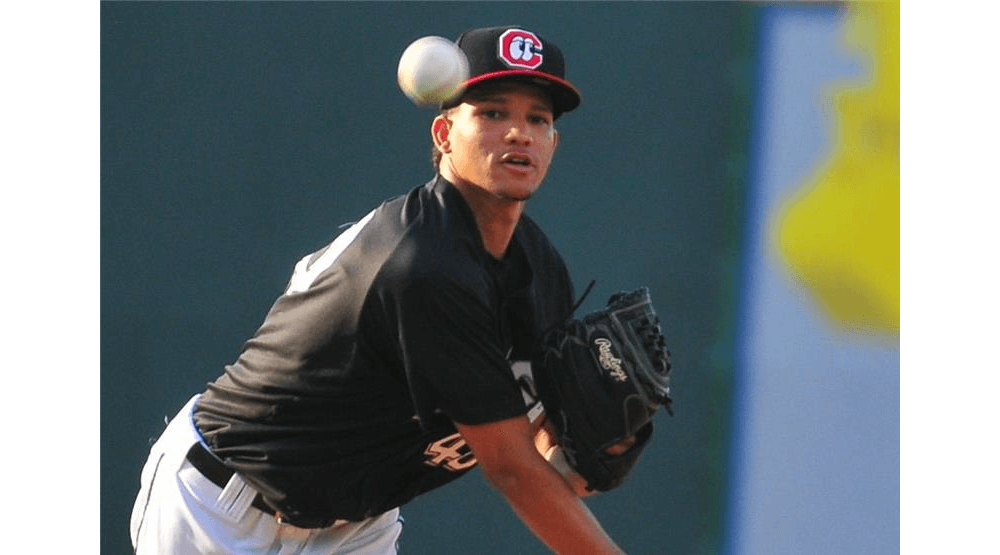 Felix Jorge has another good game.  Only one hit for the Kernels, wasting a good performance by Tyler Wells and two relievers.  Four pitchers combine on a shutout for the DSL Twins, as Estamy Urena continues to hit.

There was no score until the fifth, when Edgar Corcino's RBI single put the Lookouts on the board.  A walk, a passed ball, and two wild pitches made it 2-0 in the seventh.  Chattanooga then put the game out of reach with four in the ninth, aided by an error, two more wild pitches, and a hit batsman.

Felix Jorge had his fifth consecutive good game, and this may have been the best of them all.  He pitched seven shutout innings, giving up three hits and two walks with five strikeouts.  Mason Melotakis struck out five in two shutout innings to make his ERA 2.42.  He has a WHIP of 0.92 with 31 strikeouts in 26 innings.  T. J. White was 2-for-4 with a double and a walk and is batting .322.  Corcino and Jonathan Rodriguez were each 2-for-4 with a walk.  Andy Wilkins made his Twins organization debut and went 2-for-5 with two doubles.  Nick Gordon was 2-for-5 with a double and is batting .313.

The game's lone run scored in the second on Juan Moreno's sacrficie fly.  The Kernels loaded the bases in the fifth on three walks but did not get a hit until the eighth, when Travis Blankenhorn singled to center.  It was the only hit for Cedar Rapids.

Wander Valdez doubled home a run in the first, the Twins scored two more in the second, and Davinson Pimentel hit a two-run homer in the third to give the Twins a 5-0 lead.  The Twins added three more in the sixth and two in the eighth.  The Phillies Red loaded the bases in the first and had a man in scoring position in six of the nine innings.  They were 0-for-10 with men in scoring position.