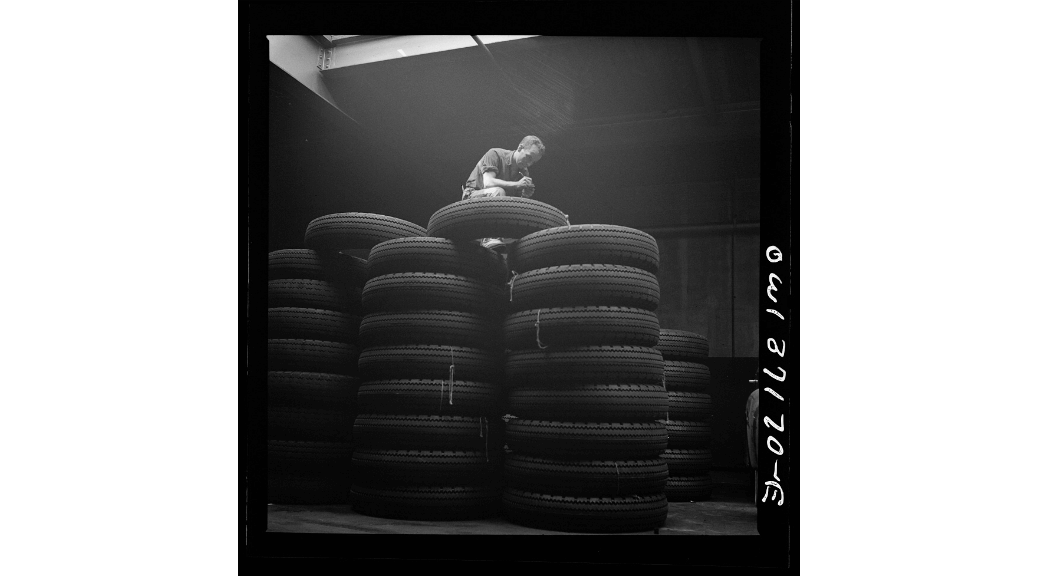 I was pretty certain I just needed new tires for our Subaru when I dropped it off Monday night for an oil change on Tuesday, but I asked them to check the wheel bearings just in case the rumble I was hearing meant I was in for more than a $50 bill. With 118,000 miles, it wouldn't be unreasonable to need to replace the original bearings. Fortunately, I just need tires.

This will be the third set of rubber for this car, which we purchased new back in 2008. The OEM tires, which I'm fairly certain were Bridgestones or Yokohamas, lasted four years and 76,000 miles. They were okay – much better than the Pirellis on the Camry that preceded the Subaru, especially in winter (even setting aside going from FWD to AWD). This second set, Continental DWS (Dry, Wet, & Snow), have lasted 42,250 miles. I got them on recommendation from an expert I trust, but I haven't been impressed with their performance since the second winter. Hydroplaning in some conditions (standing water in the tracks of lanes) started becoming an issue about a year ago, even with good tread left on the tire. I won't be buying Contis again for this car.

The Subaru's been paid for the entire time we've owned it, fortunately, but medical/health-related debt that we're just crawling out from under has kept us from building up a nest egg for a down payment on a replacement. With the addition of the Poissonnier and limited prospects for advancement (or even substantial raise) on the horizon, it's pretty clear that we'll be keeping this car for as long as we can. That's fine; I like not owning a car payment.

We use the car primarily as our "nice" car, for longer trips where it's nice to have an AUX jack and dual-zone climate control, and for bad weather/winter driving. Our daily driver is the '02 Buick LeSabre we inherited from Mrs. Hayes' grandfather when he ceased driving a few years ago. It's not even cracked 70,000 miles yet, though it's been racking them up steadily as our daily whip (to & from daycare and the bus stop) and grocery-getter. We won't be replacing it, either, though it needs a new set of rear shocks ($$) soon.

So, I've been researching tires. I'll be buying all-seasons because it's too early for snow tires and I can't afford a second set this year. I might decide to get a set of snowshoes for it next year, but who knows if I'll have the scratch when the time comes. Costco has a limited selection and very little price incentive, but they do come with Costco's warranty against damage/failure under normal operation. If I buy them from an online retailer, I have significantly more choice, but no substantial difference in price, and I'll have to find someone to install them. My independent mechanic doesn't do tires & alignments, but recommended another shop that's pretty reputable. Still, I'd feel like a jerk for bringing in the tires and only paying them for the mounting & balancing.

I should probably mention the tires I've been considering at this point. I'm sticking with the same size rubber as the previous two: 225/55-R17. The low-end decent buy is a set of Kumho Solus TA71s, which would run about $370, plus labor. The reviews seem reasonable, but the treadwear ratings mean I'm likely to need to replace these sooner. Mid-range options (all online) are the BFGoodrich T/A Sport ($505), Yokohama Geolandar G91FV ($565), & Nokian WR G3 ($580). The top choice is a set of Michelin Defender LTX M/S ($680 at Costco), but even with universally good reviews (and the best snow performance) those might be cost-prohibitive.  My upper limit is about $750, including mounting & balancing. I'm wondering if I'll need the TPMS sensors replaced... If I can't get the Defenders, I'm leaning toward the Nokians; I trust the Finns when it comes to making a quality, truly all-weather tire.

Naturally, all this will cost about what my trip to Sacramento will run for flight & lodging. We have another wedding next month to boot.

Has anyone had experience with getting their whip re-shod at Costco? Or, for that matter, buying tires online and taking them in somewhere for mounting & balancing? I'm wondering if my inner Minnesotan is trying to talk me out of this because I don't want to offend the independent shop by taking some profit from selling the tires out of their pocket.

15 thoughts on “Where the Rubber Meets the Road”