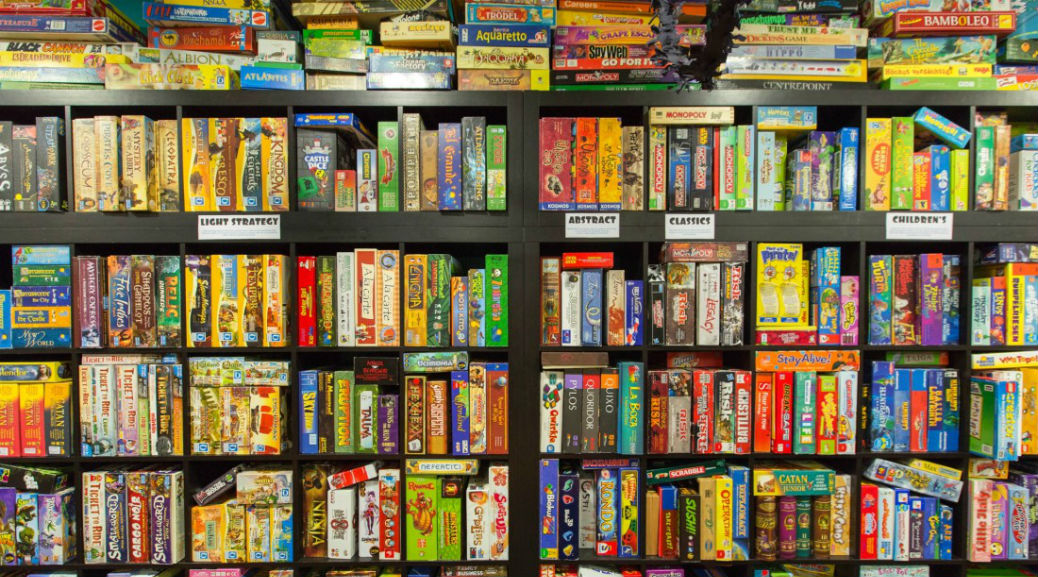 Been a while since we've had a games post, and, like I'm assuming many (some?) of you, I recently had a chance to play some games with family. Holidays are good for that. Some quick rundowns:

Outfoxed - Someone 'round these parts recommended this one last year, but it was out of stock. I kept it in my Amazon wishlist for a year and we bought it for the kids this year. A good logic mystery solver game for kids. Almost like "Guess Who" but racing against a board and not quite so lame. Too easy for the 8 year old, but still fun for him, and right about perfect for the younger ones.

Memory - It's an old standby, but I've played so much of a PJ Masks version of it lately, and my kids enjoy it, so it gets a mention.

Pokemon - The 8-year-old has gotten really into Pokemon lately, and it's a perfectly fine card game for that age. Every game is different, the characters are fun, luck plays a big role, but not too big, and the amount of variables are enormous. I'm sure we'll be playing this for years, and Aquinas enjoys just collecting the cards too. He also got a DS with a Pokemon game from his godfather. At least it also came with Mario Kart so I'm entertained.

Dice City - My b-i-l's new game. Only played it one time, but it certainly seemed like it could stand a few replays. I think who you play against would probably make a lot of difference. Roll 1 die for each of 5 sections of the board, and the die determines which action you can take. Give up some actions to take other ones. Gain resources from the rolls, use those resources to buy things or build things or attack people. Use those things you bought or built or attacked to gain victory points. I kept to the straight-forward strategy and aimed for the highest value options and won handily while the others playing tried different approaches. If the game is really balanced, replay value could be high. If it's not... much less so.

Betrayal at House on the Hill - One of the more fun games I've played in a while. Starts as cooperative, with everyone picking a character and then exploring a haunted house while various events, items, and omens act upon you (either increasing or decreasing your character's base stats). Die rolls based on your character's stats affect your progress and performance (this sounds more dungeons and dragons-y than it is). All the while, you keep moving closer to the moment when someone in your group betrays you, and then the game becomes that person vs. the rest of the group, in one of 50 different scenarios (chosen based on what triggered the betrayal). You never know who will be the one betraying you, so that adds a nice surprise element. Plus, the betrayer usually gets to control monsters, and both sides have specific goals that are at odds with each other, with secret information that only their side possesses. I am amazed at the replay value here, and I can't wait to try it out again (we played 3 games of it, and I'd happily play all 3 of the specific scenarios again).

I Should Have Known That - Trivia game. As the name implies, general knowledge stuff that everyone *should* know. You get 1 point for each right answer and somewhere between -3 and -8 for each wrong answer. I finished in the positives 1 time out of the 4 we played (and at 0 another time), and I'm probably fair+ at trivia. A worth entry into trivia games, and it moves quickly (4 questions on a card, each person in the game takes 1 turn reading a card, and then you're done, and can move onto another game).

Linkee - Each card has 4 trivia questions. The 4 answers are all related in some way. It may be super obvious or more attenuated. Buzz in whenever you think you know the relationship, because that's the only answer that really matters, but if you get it wrong you don't get another shot at that round. It was okay, but I've played better.

One Night Werewolf - This was a blast. Would love to try it with more people than we had (7) and mix up the roles more than we did. Short version: lots of werewolf roles that you know and love and the others, all of which take night actions in order (as directed by the phone app that auto mods the game for you), and then you have to find a wolf the next day. If you succeed, village wins, if not, wolves win. Some players try to get themselves lynched, some players switch the roles of other players (so can accidentally switch who the wolves are, for example... you can end up being a wolf and not knowing it), etc. 5 minute rounds (plus ~1 minute for night actions), and huge replay-ability. Highly recommend. This would even be the thing that would get me to get a smart phone.

So what did you play over the holiday? What new games did you get? Who wants to come down here and have a game night with me?