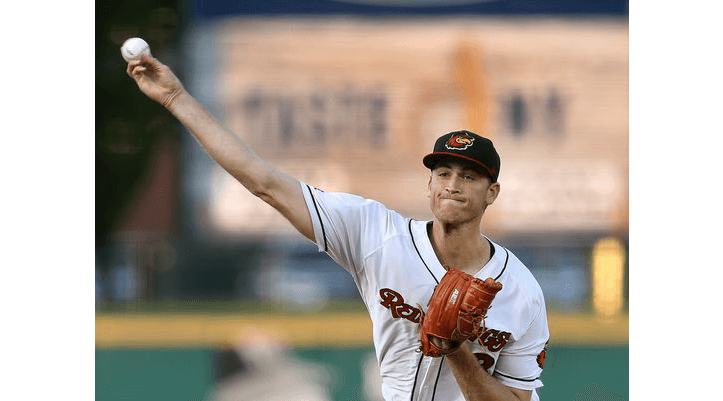 Nick Buss doubled home a run in the fourth, Kennys Vargas singled one home in the fifth, and Buss homered leading off the eighth.  That was more than enough for Aaron Slegers, who again dominated.

Randy LeBlanc pitched 3.1 innings, giving up one run on three hits and two walks and striking out one.  The game report says he left with an unknown injury, which is probably about the worst kind.  His ERA is 2.17.  Sam Clay pitched 2.2 perfect innings, striking out two.

They were in the top of the third on Saturday when the game was suspended.  They managed to get to the bottom of the sixth before it was suspended again.  The Mets scored two in the fourth to tie it 2-2, which is where we still are.

The Kernels scored three in the ninth to break open what had been a 3-1 game.  Alex Kirilloff hit a two-run homer in the inning.

Brusdar Graderol struck out six in five innings, giving up one run on four hits and five walks.  His ERA is 0.93.  He walked only one in 14.1 innings before this game.  Carlos Suniaga struck out four in three perfect innings.  His ERA is 2.61.  Calvin Faucher pitched a scoreless inning, giving up two walks and striking out one.  His ERA remains zero in 9.2 innings.