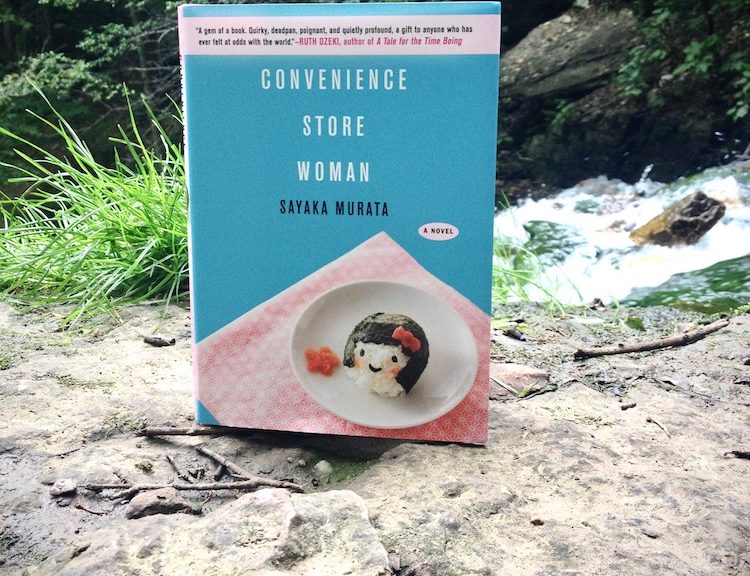 I don't often reread books these days. There are just so many others I want to read, so I tend not to revisit even books I liked very much.

Last week while on vacation, I finished a book during a day trip to lovely Houston, Minnesota, and I was kicking myself for not having my next book along. While watching my boys play with their cousin at a lovely playground, it occurred to me that I'd really enjoyed the book I just finished, and perhaps I could try reading it again while I sat in the shade.

Convenience Store Woman is a fascinating little read by Japanese novelist Sayaka Murata, and I first heard about it from this article in the New York Times. The main character, Keiko, has had a part-time job at a konbini for the past eighteen years and has never had a romantic relationship, and these two things make her decidedly not normal according to her parents, her younger sister, and her peers. She relishes her defined role at the convenience store; within that environment (unlike the rest of the world), she knows exactly what is expected of her.

The prose is simple and easy to follow, and Keiko is an enjoyable enigma. As Katy Waldman wrote in the New Yorker, "For the most part, her manner is that of a friendly alien scientist, but, at times, she swerves toward the psychopathic."

What does it all mean? What exactly is the novel a commentary on? Would a Japanese reader interpret it differently than an American reader? I don't know, but I'm at the halfway point of my second read, and I'm enjoying picking up on little bits I'd overlooked the first time through.

56 thoughts on “A Book So Nice I Read It Twice”