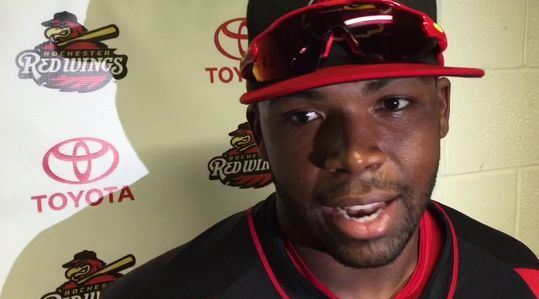 The Red Sox scored three in the third and two in the fifth to build a 5-0 lead.  Brandon Phillips hit a two-run homer in the fifth.

Jaylin Davis hit a two-run homer in the first and for a long time it looked like it would be enough.  In the bottom of the eighth, however, and error tied the score and a wild pitch brought home the lead run.

Clark Beeker pitched four shutout innings, giving up two hits and no walks and striking out two in his AA debut.  There was no apparent reason for him to come out at that point, as he had thrown just fifty-five pitches.

A four-run fourth carried the Miracle.  They started the inning with five hits, two of them doubles and three of them singles.

The Kernels scored two in the first and five in the second, building a 7-0 lead.  Akil Baddoo hit a two-run homer in the second.

Jean Carlos Arias singled home a run in the ninth to tie it 1-1.  Oddly, no one scored in the tenth.  A bunt and a pair of strikeouts kept the Reds scoreless in the eleventh.  Arias came through again in the eleventh, singling home the deciding run.

The Twins scored six in the seventh to tie it 7-7, but Yunior Martinez singled home a run in the bottom of the inning to put the Rays back in front.  The Twins had men on second and third with one out in the eighth but could not tie the score.

Daniel Hernandez hit a two-run triple and later came around to score to give the Nationals a 3-1 lead after two.  The Twins closed to 3-2 in the third but got no closer.

Cristian Castro struck out ten in five innings, giving up three runs on one hit and two walks.