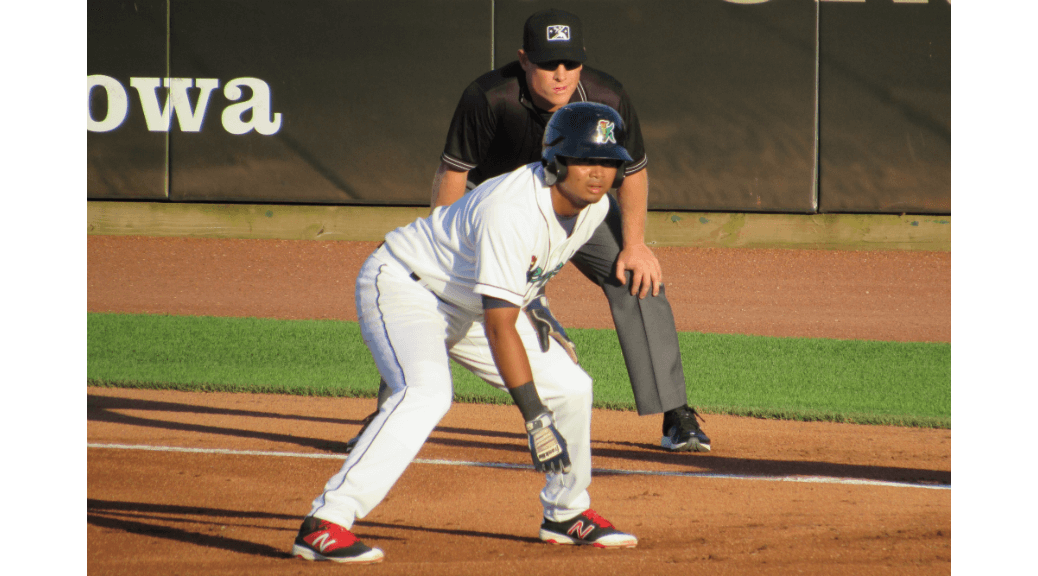 A good game for Chase De Jong.  Luis Arraez gets a key hit.  The Kernels sit around for six hours.

It was a good game for nine innings, with Kennys Vargas hitting an RBI double in the first and a sacrifice fly tying it in the fifth.  The IronPigs then scored three runs in the tenth.  The Red Wings got one back but did not get the tying run up to bat.

The Red Wings end their season with a record of 64-76.

Rudy Flores hit a two-run homer in the seventh to give the Generals a 2-0 lead.  Jimmy Kerrigan homered in the eighth to make it 2-1.  The Lookouts then scored three runs in the ninth, two coming on a Luis Arraez single, to win the game.

The Lookouts end their season with a record of 65-72.

After a rain dealy of over six hours, they got the game in.  The Snappers scored all three of their runs in the third, but it was enough.  Michael Helman singled home a run in the sixth to make it 3-2 but the Kernels did not get another hit the rest of the game.

Tyler Watson struck out seven in six innings, giving up three runs on nine hits and no walks.  Calvin Faucher pitched a scoreless inning, giving up one hit and striking out one.  Rickey Ramirez struck out two in a perfect inning.