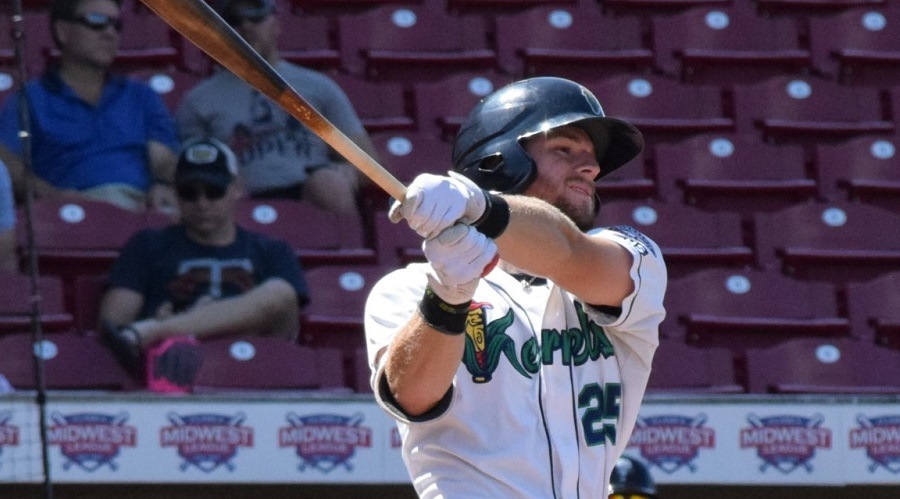 Ryan Jeffers and Gabriel Maciel homered in the second to give the Kernels a 2-0 lead.  Cedar Rapids added two more in the third to make it 4-1.  It stayed there until the eighth, when Trey Cabbage hit a pinch-hit grand slam to put the game out of reach.  Jeffers hit a two-run homer in the ninth to add an exclamation point.

Jeffers was 3-for-4 with two home runs and a walk, scoring three times and driving in three.  Cabbage was 1-for-1 with a grand slam.  Maciel was 1-for-4 with a home run and two RBIs.

Cedar Rapids takes a 1-0 lead in the best-of-three series.

Because of the rainout Wednesday, there is the possibility of a doubleheader between Beloit and Cedar Rapids today.  If Cedar Rapids wins the first game, they take the series and there's no need for another game.  If Beloit wins the first game, the series is tied 1-1 and another game will be played.  Both games will be seven innings.  I think playoff doubleheaders are cool.