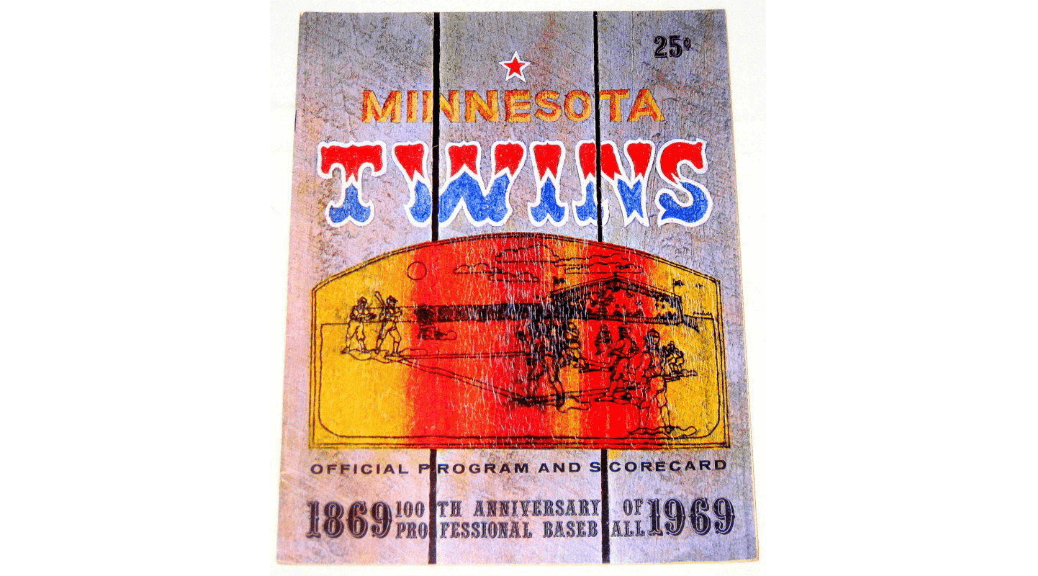 Opposition stars:  Frank Howard was 2-for-4 with a home run (his seventeenth), scoring twice and driving in two.  Del Unser was 2-for-6 with a two-run homer (his second), scoring twice.  Ken McMullen was 2-for-6.  Mike Epstein was 1-for-4 with a three-run homer (his fourteenth) and two walks.  Darold Knowles struck out three in two shutout innings, giving up two hits.  Casey Cox pitched two shutout innings, giving up three hits and a walk and striking out one.

The game:  With two out and none on in the first, Oliva singled, stole second, and scored on a Killebrew double.  A pair of walks then loaded the bases, but Roseboro flied out to left.  Roseboro made up for it to an extent in the fourth, hitting a home run to put the Twins ahead 2-0.

The Senators had only two hits, both singles, in the first five innings, but they came alive in the sixth.  With one out, Unser, Ed Stroud, and Howard all singled, putting Washington on the board.  Epstein then hit a three-run homer to give the Senators a 4-2 lead.  They got an insurance run in the eighth when Howard hit a two-out home run.

The Twins tied it in the eighth.  Cardenas reached on an error to start the inning and Oliva doubled putting men on second and third.  The Senators pitched to Killebrew and regretted it, as he hit a three-run homer to tie it 5-5.  Both teams threatened in the ninth, getting two singles, but did not score.

The Twins missed a great chance in the eleventh.  Cesar Tovar led off with a single.  Perranoski was allowed not just to bat but apparently to swing away and hit into a forceout.  Dave Boswell came in to pinch-run for him.  Ted Uhlaender delivered a single-plus-error, putting men on second and third.  Cardenas lined out and Oliva was intentionally walked to bring up Killebrew.  He struck out to end the inning.

Washington put it away in the twelfth.  Tom Hall came in to pitch and gave up a single to Paul Casanova.  He struck out Cox, but Unser came through with a two-run homer to put the Senators up 7-5.  The Twins got a leadoff single from Charlie Manuel in the twelfth, but a double play ended the threat.

Notes:  With Carew still out, Tovar was at second base.  Graig Nettles was at third and Manuel in left.

Jim Perry started for the Twins and pitched 5.1 innings, allowing four runs on six hits and no walks and striking out one.  As noted above, he pitched very well for five innings.  He had not pitched since June 1, when he went just five innings.

This was Worthington's first appearance of the season.  Forty years old, he had retired after the 1968 season, but was persuaded to come back by the Twins.  He was not the pitcher he had been, but he gave the Twins some good value.  A couple of really bad outings in August make his numbers look significantly worse, as he put up an ERA of 4.57 and a WHIP of 1.39.  Take out those two bad games, and his ERA drops to 3.64.  He would retire again, this time for good, after the 1969 campaign.

I don't know for sure that Perranoski did not bunt in the eleventh.  The play-by-play says "Groundout: P-SS/Forceout at 2B".  Normally it would specify "bunt" if that was what happened, but I'm not sure they're totally consistent about it.  It sounds like he swung away, but I can't really say for sure.
Miller dropped his ERA to 1.86.  Perranoski's ERA was 1.59.  Jerry Crider came on to put two-thirds on an inning without giving up a run, making 4.2 scoreless innings to start his career.

Washington's starter was ex-Twin Camilo Pascual.  He pitched five innings, giving up two runs on three hits and three walks and striking out one.  Pascual was near the end of a fine career.  He would make only three more starts in 1969.  He was sold to Cincinnati at mid-season, made ten appearances out of the Dodgers bullpen in 1970, and pitched briefly for Cleveland in 1971.  From 1958-1965, though, he was one of the best pitchers in baseball.  He went 41-20 from 1962-1963.  He led the league in complete games three times and in shutouts three times.  He also led the league in strikeouts three times.  He played in six all-star games in four years, a feat made possible by the fact that there were two all-star games in a few seasons.  He had some bad seasons at the beginning and end of his career that hurt his numbers, but for several years, he was one of the best.

Record:  The Twins were 29-22, in first place in the American League West, three games ahead of Oakland.