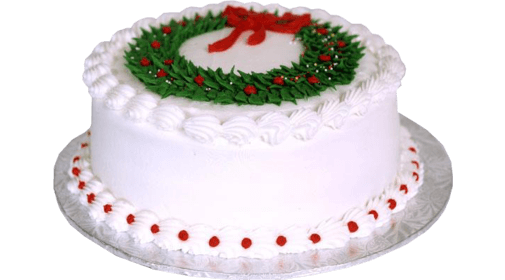 Eddie Leishman was twice the Minor League Executive of the Year.

We would also like to wish a very happy anniversary to spookymilk and mrs. milk.

Left-handed first baseman Julio (Villegas) Becquer played briefly for the Twins in 1961 and 1963. Becquer was born in Havana and signed with Washington as a free agent in 1952. He hit fairly well throughout his minor league career, although he struggled at AAA in 1956. Becquer got a September call-up in 1955, but did not make the majors to stay until 1957. He was with Washington from 1957-1960, always in a reserve role; his highest at-bat total was 298 in 1960. He did not show a lot at the plate in the majors, although he was apparently a good fielder and good pinch-hitter. He was left unprotected in the 1960 expansion draft, and was selected by the Angels. He played in only 11 games for Los Angeles, was sold to Philadelphia in May, and three weeks later was sold to the Twins. Once again a reserve, Becquer got 84 at-bats in 57 games, hitting .238/.253/.476. Most of the rest of his career was spent in the Mexican League, although he played in 11 games for AAA Vancouver in 1962 and was used as a pinch-runner in one game for the Twins in September of 1963 so that he could qualify for a major league pension. His playing career ended in 1964. He remained in the Twin Cities area after his playing career ended and as far as we can tell appears to still be doing very well.  Julio Becquer was inducted into the Cuban Baseball Hall of Fame in 1997.

Infielder Octavio Augie Ojeda played for the Twins in 2004, a part of his surprisingly long major league career. He was born in Los Angeles, went to high school in Downey, California, attended the University of Tennessee, and was drafted by Baltimore in the 13th round in 1996. His best years in the minors were 1997, when he hit .344 for Class A Frederick, and 2000, when he hit .280 for AAA Iowa. After the 1999 season, Ojeda was traded to the Cubs. He made his major league debut in 2000, playing for Chicago for about two months. The next year, 2001, was his first full season in the majors: Ojeda hit .201, and it would be seven years before he got another full season in the bigs. He was in Iowa for most of 2002 and 2003, playing a total of 42 major league games in that span. A free agent after 2003, he signed with Minnesota, hit .245 in Rochester, and came up to the Twins in August of 2004. He actually did quite well for the Twins in limited play, hitting .339 with two home runs in 59 at-bats. He was back in the minors for all of the next two years, one with Rochester and one back in Iowa in the Cubs' chain. In 2007, Ojeda signed with Arizona. After hitting .323 there, he was brought up to Arizona in mid-June and stayed there through 2010. He was a decent utility infielder for the Diamondbacks, although certainly nothing spectacular. After a poor year in 2010, he was allowed to become a free agent.  He signed back with the Cubs, went to AAA, but did nothing there and was released in July, ending his playing career.  At last report, Augie Ojeda was living in Chandler, Arizona.  He is the co-founder of BaseballDirectConnect, which provides "a safe place for Baseball Players and Coaches to Connect. Strictly following NCAA guidelines."