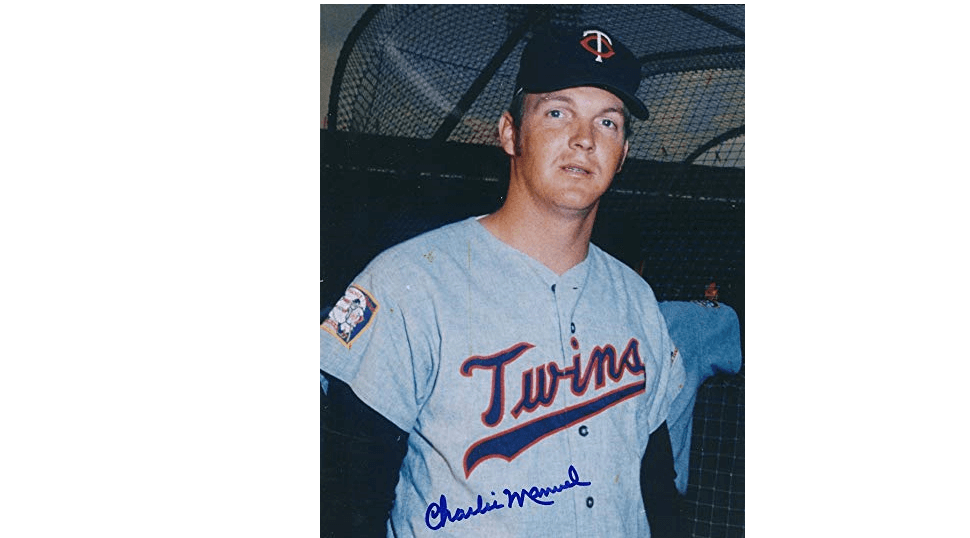 Opposition stars:  Steve Hovley was 4-for-10.  Ex-Twin Ron Clark was 3-for-8 with a walk and two RBIs.  Jerry McNertney was 3-for-9 with two doubles.  Jim Pagliaroni was 2-for-4 with a home run (his second) and a walk, scoring twice and driving in two.  Steve Whitaker was 2-for-4.  Gus Gil was 2-for-9.  Bob Locker struck out two in two shutout innings, giving up two hits and a walk.

The game:  The Twins loaded the bases in the first inning with two out, but did not score.  In the second, Cardenas walked, Crider cracked a one-out double, and Uhlaender delivered a two-run single to put Minnesota up 2-0.  In the fourth, those same people came through.  Cardenas homered, Crider doubled again, and Uhlaender hit a two-run homer to make the score 5-0.

The Twins added another run in the sixth.  Cesar Tovar walked, stole second, went to third on a pickoff error, and scored on a sacrifice fly.  The created run gave the Twins a 6-0 lead.  Meanwhile, the Pilots had not even mounted a threat in the first five innings.

That changed in the sixth.  Tommy Davis led off with a single and Steve Whitaker hit a one-out single.  McNertney doubled home a run and Clark got an infield single to make the score 6-2.  Al Worthington then came in to retire the side with no further damage.  In the eighth, McNertney doubled again and Ray Oyler singled him in, cutting the Twins lead to 6-3.

Worthington remained in the game in the ninth.  He gave up singles to Hovley and Gus Gil, then got Davis to hit into a forceout.  At that point, Perranoski came into the game.  A ground out brought home a run, but left the Twins one out away from victory.  Pagliaroni then singled, McNertney reached on an error, and Clark singled to tie the score 6-6.

Each team threatened several times in the extra frames.  In the top of the fifteenth, Charlie Manuel drew a one-out walk and went to third on Reese's single.  Johnny Roseboro then hit into a force out that put Minnesota up 7-6.  In the bottom of the fifteenth, however, Jim Kaat gave up a home run to Pagliaroni to tie it 7-7.  Each team threatened in the sixteenth, but neither scored, and the game was suspended to the next day due to the curfew rule.

The scheduled starters for Sunday, Jim Perry and John Gelnar, took over the pitching duties in the seventeenth.  That inning was uneventful, but the Twins finally took control in the eighteenth.  Perry himself got the rally started with a one-out double.  Uhlaender got an infield single.  Carew then walked to load the bases.  A balk scored the go-ahead run and Manuel delivered a two-run double to put the Twins in front 10-7.  Two walks and a sacrifice fly rounded out the scoring.  The Pilots went down in order in the bottom of the eighteenth.

Notes:  Frank Quilici replaced Harmon Killebrew at third base in the eighth inning.  It's the move Billy Martin made all season, and I'm not criticizing it, but the downside of a move like that is that if the other team comes back, you lose a big bat.  In the thirteenth, Charlie Manuel pinch-hit for Quilici and went to right field, one of four times he played right field in 1969.  Tovar, who had been in right, went to third base.  The Twins outfield, by the end of the game, was Rick Renick in left, Uhlaender in center, and Manuel in right.  Manuel, of course, got the big hit in the eighteenth, so all's well that ends well.

George Mitterwald entered the game in the sixteenth inning, replacing Roseboro behind the plate.  There's no obvious reason for the move--perhaps Roseboro was simply not feeling well after catching for fifteen innings.

This was Crider's only start of the season.  He pitched well for five innings before presumably tiring in the sixth.  He had not pitched more than 3.1 innings in a game before this, and would not do so again the rest of the season.  The 3.1 innings came on July 17, just two days before this game.  The two doubles he hit were the only two he would hit all season.  On the other hand, he went 4-for-9 on the year.  Given more chances to bat in 1970, he would go 2-for-24.

Worthington had pitched 2.1 innings the previous day, yet was asked to go 3.1 in this game to get the save.  As you can see, he couldn't do it.  Billy Martin only used two actual relief pitchers, Worthington and Perranoski.  He used starters Kaat and Perry the rest of the way.  The bullpen was not overtaxed--the only other reliever who had been used over the last couple of days was Joe Grzenda, and he pitched only two-thirds of an inning.  One can only assume that Martin did not trust his other relief pitchers in a tight game.

Jim Bouton started for Seattle, his only start as a Pilot.  He pitched 3.2 innings, allowing five runs on six hits and two walks and striking out two.  The Pilots used eight pitchers in the game:  Bouton, John O'Donoghue, Dick Baney, Locker, Gene Brabender, Marty Pattin, Gelnar, and ex-Twin Garry Roggenburk.  Teams usually didn't carry more than about nine pitchers back then, so there might have only been about one pitcher left.

Each team used a pitcher as a pinch-hitter.  The Twins used Kaat to bat for Perranoski with two out and a man on first in the fourteenth, then left him in to pitch.  The Pilots used Fred Talbot to bat for Roggenburk with two out and none on in the eighteenth.  Talbot was a good hitter for pitcher, which again is not the same as saying he was a good hitter.  His career numbers were .174/255/.266.

Record:  The Twins were in first place in the American League West, leading Oakland by 3.5 games.