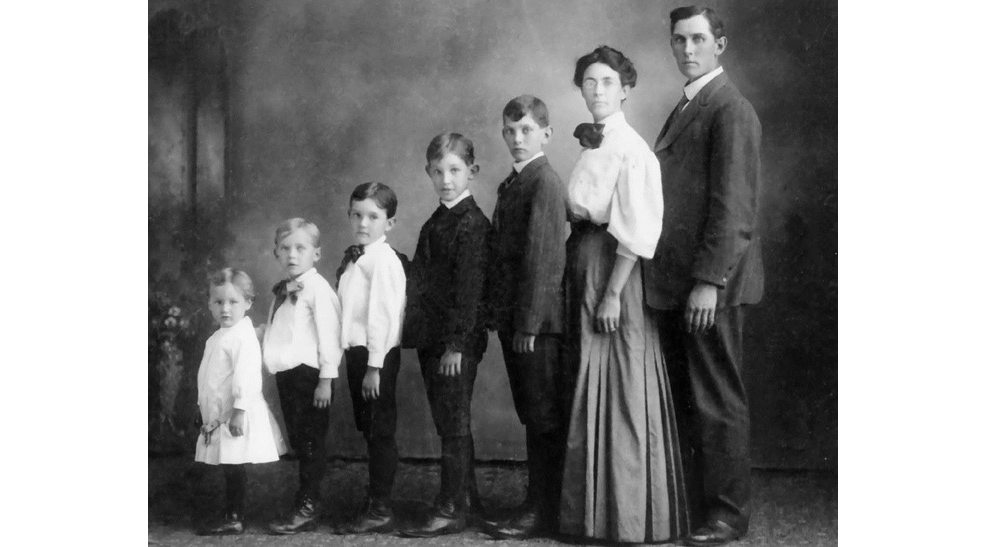 Alright, the title is a bit misleading. I don't feel any need to defend large families, or that they've been denigrated here, or anything like that. I was just trying to draw some eyeballs. And let me state at the outset that I, much like others before me, don't in any way think there is a "right way" to do families. Everyone is different, it takes all kinds, and I've no reason or desire to judge the way anyone else does it.

The last few Parentgood posts have been, in some way or another, about not-having kids. There was the having of someone else's kid, the not-going-to-have-them, and the prepping for an empty nest. All were much appreciated perspectives. So I thought maybe I'd just offer a little bit of my experience, since it's noticeably different from those previous entries. Quite obviously this isn't going to be the thing for everyone, (again, to each their own, and no one should condemn anyone's choices in this realm), but I thought maybe I could shed a little light on life in a big family.

First, I am the oldest of 13 children. So I have some insight into truly big families. Second, I have 4 kids of my own. Not exactly a big family, but certainly not a small one by the going standards. (As an aside, we'd be open to more, but that might not be the possibility we once thought it was. Doctors visits are pending, and prayers are appreciated. But not what this post is about.).

One of the things that stands out to me most about being part of a big family is that there's a certain generosity of spirit that is more or less required. The family motto is "there's always room for one more" and we really carry that out. We had 50 people at Thanksgiving dinner, and we've had bigger. There's always enough because everyone is always giving, contributing to the common cause. Indeed, my parents are the most generous people I've ever met. They are far from well off - we spent much of my youth as considerably poor - but the amount they give surpasses anyone else I've known. And I suppose that's especially true in the Biblical "widow who gave her last two coins" sense.

A more quirky aspect of the large family is that nearly everything is a large production. You can't have a get together without it being an event. You can't do an outing without it being involved. I still carry the habit of sliding to the back of a group and counting the heads of everyone in front of me. Just the role of the oldest, I guess. But with this comes a real feeling of accomplishment. Admit it: if you successfully took a dozen people to the zoo or hosted a 30 person bonfire, you'd feel pretty good about yourself. That's just a regular weekend in a huge family, so you learn some real skills, and to feel good about them.

It's also amazing to have such a wonderful support system. Whenever we need help, family is there. That's been true of little things like a couch to crash on or painting a room, and that's been true of big things, like a dentist sister who can do a root canal or planning a benefit for my nephew who was born with half a heart. That support is also amazing for dealing with the emotional baggage we all face. Grief, especially, has hit us hard these past years with a couple of deaths in the immediate family. But we're all there to help each other pull through, to provide support and comfort, and that system is amazing.

Sometimes there is a sense that with big families you don't really get to know your siblings, or that you're not as close, or, most horrible: that there is a finite amount of love to be had, so it gets spread thinner. Nothing could be further from the truth. My siblings and I all know each other really well. We're incredibly close, and, if anything, that love in the family is multiplied, not spread thin.

Finally, I want to talk about being a parent of a bigger family. I take it as an acceptable premise that a person's identity changes in some way when they become a parent for the first time. I don't know too many parents, if any, who wouldn't acknowledge that. I remember a conversation with a good friend after we both became parents for the first time, and we both expressed how much better we understood life, now that we were parents. We understood our parents, we understood love, we understood God, and so many other things in such a better way.

For me, there was a somewhat similar experience when I went from having 2 kids to having 3. Somehow, something about having a third kid, where you could no longer split them off, one to each parent, shifted my identity again. I became less of a parent and more of a family man. Yes, I am still a parent to individual children, and I have that relationship with them still, but there's a larger family sense that I'm more vividly aware of now that I have a larger brood. There are things I try to do "for the family" now, in a way maybe I only did "for Aquinas" or "for Aristotle" prior to Neitzsche's arrival. I'm more aware of the way in which the kids are interacting with each other, and how one kid's experiences are affecting the others.

Honestly, it's really cool. And really humbling. I became more of a servant when I had my third kid than I ever was before. And I like that. Now, I know it's not for everyone. But given my experience, it's something I'd recommend to those on the fence. I know I'm better for it.

33 thoughts on “Parentgood: In Defense Of Large Families”