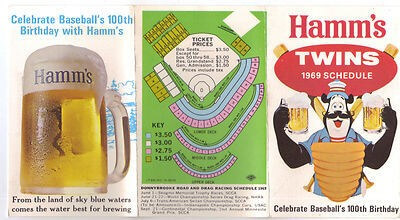 Batting star:  Cesar Tovar was 2-for-4 with a three-run homer, his fourth.

Opposition stars:  Jose Cardenal was 3-for-4 with a two-run homer (his seventh), a stolen base (his twenty-third) and three runs.  Eddie Leon was 2-for-4.  Tony Horton was 1-for-1 with a double and three walks.  Dick Ellsworth pitched seven innings, giving up three unearned runs on seven hits and two walks and striking out five.

The game:  Horton doubled home Cardenal, who had walked, in the first inning to give the Indians a 1-0 lead.  With the bases loaded and one out in the third, the Cleveland scored again on an odd play.  Cap Peterson hit a grounder to short.  It appears that the Twins tried to turn a double play but either the throw to second was late or the second baseman was off the base, so instead of a 6-4-3 double play it was a 6-4-3 ground out, with Cardenal again scoring.  The Twins still got a double play out of it, however, as Dave Nelson tried to score from second on the play and was thrown out.  Still, the score was 2-0.

The Twins took the lead in the fifth.  Rick Renick reached on an error and Kaat hit a two-out double.  Tovar followed with a three-run homer, putting Minnesota ahead 3-2.

The lead held until the seventh.  Eddie Leon led off with a single, but had only gotten to second with two out.  Bob Miller came on to face Cardenal and gave up a two-run homer, giving the Indians a 4-3 advantage.  Cleveland added one more run in the eighth when Horton walked, Larry Brown singled, and Leon delivered an RBI single.  The Twins got only one hit after the sixth inning.

Notes:  Harmon Killebrew was at first base in this game, with Renick at third.  Bob Allison was in left, with Tovar in center.  Rich Reese and Ted Uhlaender were on the bench, although Reese was used as a pinch-hitter.

It's interesting that Kaat was removed from the game when he was not pitching badly.  He had not allowed a run since the third, and the leadoff hit by Leon in the seventh was only the second hit he had allowed in that span.  There were two out.  Kaat had been struggling to get Cardenal out in this game, however, and the Twins gained a platoon advantage by bringing in the right-handed Miller.  I'm not saying it was a bad decision, and the fact that it didn't work doesn't mean it was the wrong thing to do.  I just find it interesting.

Future Twin Stan Williams pitched the last two innings of the game and did not allow a baserunner.

Record:  The Twins were 60-39, in first place in the American League West, three games ahead of Oakland.