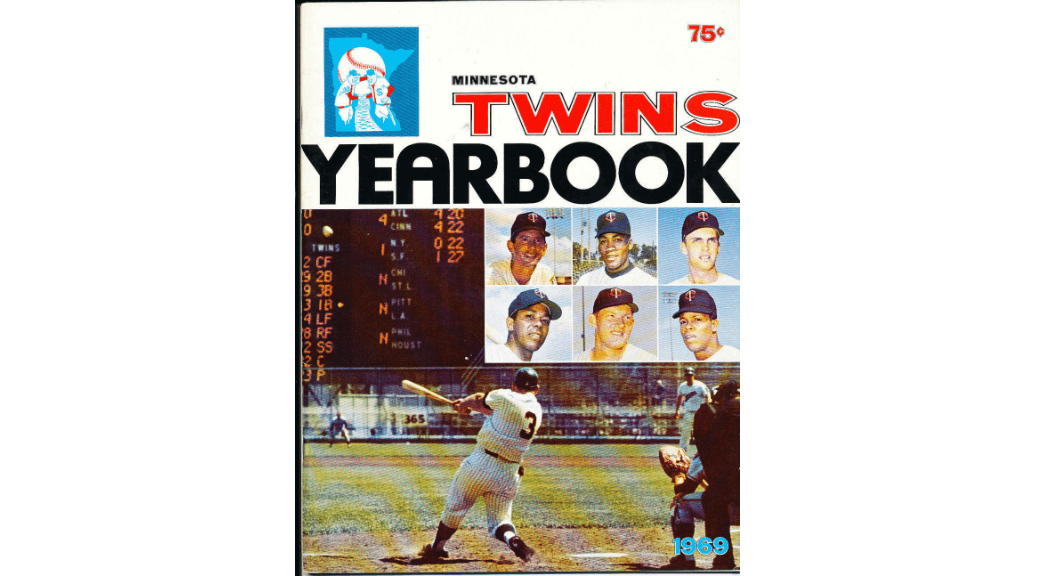 Batting stars:  Johnny Roseboro was 2-for-4.  Leo Cardenas was 1-for-2 with two walks.

Opposition stars:  Jay Johnstone was 3-for-5.  Billy Cowan was 2-for-3 with two RBIs.  Bill Voss was 2-for-4 and scored twice.  Ken Tatum pitched three shutout innings of relief, giving up one hit and two walks and striking out two.

The game:  The Twins gave the Angels a run in the first, as they made two errors and issued two walks.  Roger Repoz was walked with the bases loaded to force in the run and give California a 1-0 lead.  The Twins put two on with none out in the second, but never advanced them past first and second.

The Angels stretched their lead in the third.  Voss led off with a single and Jim Fregosi walked.  With one out Rick Reichardt delivered an RBI single.  Repoz walked to load the bases and Aurelio Rodriguez hit a sacrifice fly, giving California a 3-0 advantage.  The Angels missed a chance to build the lead still farther in the fourth, as they had the bases loaded with two out, but Cowan struck out to end the inning.

The Twins got on the board in the bottom of the fourth, but only for one.  Harmon Killebrew walked and Rich Reese doubled to put men on second and third with one out, but all they could get out of it was Cesar Tovar's sacrifice fly.  In the sixth, the Twins gave California some more runs.  They opened the inning with two errors, putting men on first and second.  RBI singles by Johnstone and Cowan followed, increasing the Angels lead to 5-1.

The Twins got back into the game in the seventh.  They got four consecutive singles to start the inning, as Tovar, Roseboro, Cardenas, and Jim Holt all got base hits to cut the margin to 5-3.  Bob Allison walked to load the bases, still with none out, and the Twins looked ready to at least time the score if not take the lead.  It was not to be, though.  Graig Nettles struck out, Tony Oliva hit a sacrifice fly to make it 5-4, and Killebrew flied out to end the inning.

California added a run in the eighth on two walks and a two-out single by Cowan.  The Twins put two runners on base with two out in the bottom of the eighth, but Charlie Manuel fouled out.  Nettles walked with one out in the ninth, bringing the tying run up to bat with the big hitters coming up, but Oliva hit into a force out and Killebrew fanned to end the game.

Rod Carew was 0-for-3 and was batting .333.  He was pinch-hit for by Renick in the seventh inning.  I know Carew was slumping, and the move gained a platoon advantage, but it still doesn't make much sense to me.  On the other hand, Billy Martin would sometimes make moves like that to try to wake a player up, so that's a possibility, too.

The Twins pretty much gave this game away.  They made four errors and allowed eight walks.  They also stranded nine runners and went 2-for-12 with men in scoring position.

Billy Cowan started the season with the Yankees.  Used mostly as a pinch-hitter he batted .167/.216/.228 in 51 plate appearances.  He was sold to the Angels in late July.  Used as both a pinch-hitter and a reserve outfielder, he batted .304/.350/.536 in sixty plate appearances, which must have been annoying to Yankee fans.  Cowan had a pretty substantial career, really, playing from 1963-1972.  He was a regular only one of those years, with the Cubs in 1964.  He played center field and batted .241/.268/.404 with nineteen home runs.  He had 520 plate appearances that season--his next highest was 189.  In addition to the teams listed above, he also played for the Mets and Philadelphia.  After baseball, he became a successful real estate investment consultant until his retirement.

Record:  The Twins were 89-59, in first place in the American League West, nine games ahead of Oakland.  The Athletics won, so the Twins' magic number remained six.

One thought on “1969 Rewind: Game One Hundred Forty-eight”