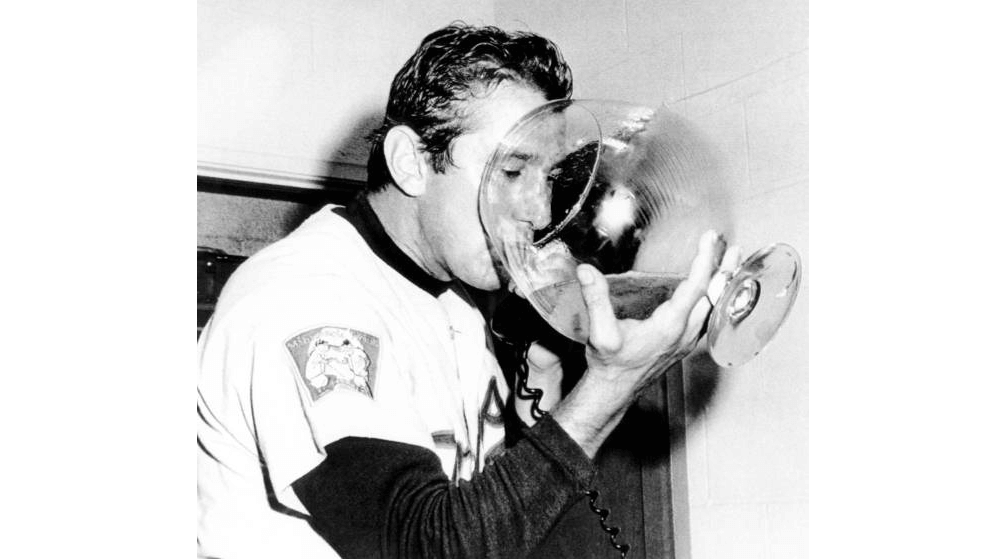 Batting stars:  Rick Renick was 2-for-4 with a home run (his fourth) and two runs.  Ted Uhlaender was 2-for-5.

Opposition stars:  Dick Drago pitched a ten-inning complete game, giving up two runs on nine hits and a walk and striking out four.  Ed Kirkpatrick was 2-for-5 with a double.  Mike Fiore was 2-for-5.

The game:  It was quite a pitchers' duel.  The Royals had men on first and second with one out in the first, as Fiore and Kirkpatrick singles, but Lou Piniella hit into a double play.  There really was not another threat until the sixth, when Perry tripled.  A ground out and a line out left him at third base.

The Royals had a major threat in the seventh.  Piniella and Joe Foy opened the inning with walks.  A bunt/force out left runners at first and second, with Foy on second and Jerry Adair at first.  Paul Schaal singled to right, but Tony Oliva gunned down Foy at the plate.  Runners were still on second and third with two down.  Eliseo Rodriguez was intentionally walked to load the bases.  Manager Joe Gordon elected to allow Drago to bat.  He struck out and the threat was over.

The Twins finally got on the board in the eighth when Renick led off with a home run.  Kansas City got the run back in the bottom of the eighth.  Fiore singled and Kirkpatrick doubled, putting men on second and third with one out.  Piniella hit a grounder to short, but the throw home was too late and Fiore scored to tie it 1-1.  In the ninth, Rodriguez doubled with two out, but Drago again was allowed to bat and he fouled out to end the inning.

The Twins took the lead in the tenth.  With one out, Renick, George Mitterwald, and Graig Nettles hit consecutive singles to make the score 2-1.  Kansas City went down in order in the bottom of the tenth.

Notes:  Uhlaender was again in center, with Charlie Manuel in left and Cesar Tovar on the bench.  Tovar was used as a pinch-runner in the tenth.  Mitterwald was again behind the plate in place of Johnny Roseboro.

You have to wonder about Drago batting for himself twice in run-scoring situations.  I can understand the seventh--Drago was pitching well, there were still two innings (at least) to play, and of course pitch counts weren't a thing back then.  But in the ninth?  When a base hit wins the game?  It's not like Drago was a good hitter, even for a pitcher--in 1969 he was 3-for-52 (.058), and for his career he batted .077.  Not that the Royals had a lot of great hitter on their bench, but almost anyone would do better than .058.  And it's not like they didn't have anyone who could pitch out of the bullpen--Moe Drabowsky had a fine year in 1969.  As we've said before, second-guessing a manager fifty years after the fact is tricky--there are all kinds of things that we don't know and have no way to know.  But on the face of it, this does not make much sense to me.

Record:  The Twins were 94-61, in first place in the American League West, eleven games ahead of Oakland.  The Twins had already clinched the division.