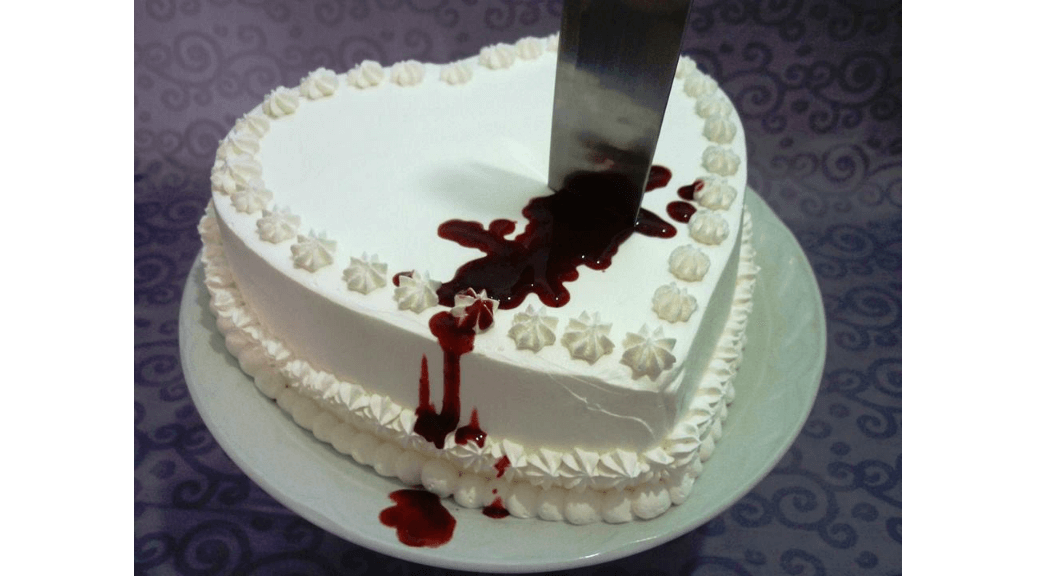 Ralph Miller was the first major league player to live to be a hundred years old.

Fred Lieb was a sportswriter who covered baseball for seventy years.

Jimmie Crutchfield was a star outfielder in the Negro Leagues.

Sid Hartman is a sportswriter/broadcaster who has been covering sports in Minnesota since the earth cooled.

Right-handed reliever Wayne Allan Granger was co-closer with Dave LaRoche in 1972.  He was born in Springfield, Massachusetts, went to high school in Huntington, Massachusetts, and then attended Springfield College, the same school attended by ex-Twin Glenn Adams.  Granger signed with St. Louis as a free agent in 1965.  He was a starter that year, but shifted to the bullpen in 1966.  He pitched quite well in the minors, reaching AAA in 1967.  In 1968, after posting a 2.16 ERA and a 0.76 WHIP in 25 AAA innings, Granger made his big league debut in early June.  He pitched very well the rest of the season, going 4-2, 2.25 with four saves in 44 innings.  He was traded to Cincinnati after the season and did very well there for three years.  He led the league in saves with 35 in 1970 and led the league in appearances in 1969 and 1971.  He twice received consideration for the MVP award and finished eighth in Cy Young voting in 1970.  After the 1971 season, Granger was traded to Minnesota for Tom Hall.  He continued to pitch very well, going 4-6, 3.01 with 19 saves and a 1.24 WHIP for the Twins in 1972.  After the season, though, Granger was on the move again, traded to St. Louis for John Cumberland and Larry Hisle.  After that, he seemed to kind of hit the wall, and while he had a couple more decent years, he was never a top reliever again.  Granger did not pitch particularly well for the Cardinals and was traded to the Yankees in August of 1973.  The Yankees released him in late March of 1974 and Granger signed with the White Sox.  He spent much of 1974 at AAA, and did not do well in the majors when he did pitch there.  Released after the season, Granger signed with Houston for 1975 and was decent, but no more.  He was released after the season and signed with Montreal for 1976.  He was with the Expos for the first half of the season and was okay, but not very good, and was sent to the minors.  The Expos released him in February of 1977, he signed with Atlanta, and was released again in March.  Granger pitched in Mexico in 1977, apparently did not play in 1978, and then tried to come back with Montreal in 1979 but was ineffective in AAA, ending his playing career.  Wayne Granger was inducted into the Cincinnati Reds' Hall of Fame in 1982 and was inducted into the Western Massachusetts Baseball Hall of Fame in 2016.  After leaving baseball, he worked for a sporting goods company, then at a boat dealership, and then started a billiard business that lasted for fourteen years, until his retirement.  He was living in Florida at last report.

Outfielder Stephen Lewis Stroughter did not play for the Twins, but was in their minor league system for a couple of months in 1981.  Born and raised in Visalia, California, he attended the College of the Sequoias and was drafted by San Francisco with the sixth pick of the 1971 June Secondary draft.  He hit pretty well in the minors but his power was inconsistent at first, plus he struck out a lot, so he did not get to AA until 1974 and did not leave Class A behind for good until after the 1975 season.  After that season, when he hit .301 with 15 homers for Fresno at age 23, he was sold to California.  He had two fine years at AA El Paso and then went to AAA Salt Lake City, where he hit .325/.419/.535 in 1978.  Not only did that not earn him a call-up to the majors, Stroughter was released at the end of spring training in 1979.  He was out of baseball until the middle of June, when Seattle signed him.  He had a couple of solid years at AAA Spokane in 1979 and 1980, but was traded to Minnesota after the 1980 season for Mike Bacsik.  In 82 at-bats at Toledo, he hit .247/.317/.411 and then was sold back to Seattle at the end of May.  He finished the season in Spokane, then finally made his major league debut at the start of the 1982 season.  He was used almost exclusively as a bench player, getting only 40 at-bats by May 19.  He did not impress in those at-bats and was sent back to AAA Salt Lake City.  He was back with the Mariners for the month of July, but got only seven more at bats, hitting .170/.235/.255 for the season.  Those would be his career major league numbers; he was in AAA for Toronto and in Japan in 1983, and then his playing career ended.  He appears to have been limited defensively, but he hit .303/.377/.503 in 1,818 AAA at-bats.  Much of that was in the Pacific Coast League, but it’s still hard to think he couldn’t have helped somebody if he’d been given the chance.  After baseball, Steve Stroughter returned to Visalia, where he was an “independent entertainment professional.”  Steve Stroughter passed away on March 6, 2018 in Fresno, California.

Outfielder/first baseman/third baseman Mickey Vaughn Hatcher played for the Twins from 1981-1986.  Hatcher was born in Cleveland, but went to high school in Mesa, Arizona and attended the University of Oklahoma, where he also played football.  He was drafted by the Dodgers in the fifth round in 1977.  He hit very well in the minors--his career minor league batting average is .339 in 1,403 at-bats.  He split 1979 and 1980 between AAA and the majors, but his minor league success did not immediately translate to the majors, as he hit only .243 in 177 at-bats.  In late March of 1981, Hatcher was traded to Minnesota with Kelly Snider and Matt Reeves for Ken Landreaux.  While he only had one season in which he played in over 120 games (1984), Hatcher was a semi-regular, at least, in his six years with the Twins.  He was generally used in the outfield, playing mostly in center in 1981, splitting time in the two corner outfield positions in 1982, playing mostly in right in 1983, and moving to left for 1984-1986.  He topped .300 in consecutive years, 1983-1984.  As a Twin, he hit .284/.315/.383 in 2,366 at-bats (672 games).  Despite hitting .278 in 1986, Hatcher was released by the Twins in March of 1987.  He signed with the Dodgers and played for them for four years as a reserve.  He continued to hit for a high average in his first three years, but in the fourth year he dropped to .212.  He played briefly for AAA Albuquerque in 1991, and then his playing career came to an end.  Hatcher remained in baseball, coaching for the Texas Rangers in 1993 and 1994, managing and coaching in the minors, and coaching for the Dodgers in 1998.  He became the batting coach of the Angels in 2000, a job he held until mid-May of 2012, when he reportedly clashed with Albert Pujols.  He was with the Dodgers as a special assistant to the general manager for the rest of that season, but was not retained for 2013.  At last report, Mickey Hatcher was still living in the Los Angeles area.  He has been a part of the Twins Fantasy Camp in recent years.  It seems strange that he hasn't gotten another job in baseball, but perhaps he's just not all that interested.

Third baseman Michael Timothy Pagliarulo played for the Twins in the early 1990s.  Born in Medford, Massachusetts, he attended the University of Miami and then was drafted by the Yankees in the sixth round in 1981.  His batting averages in the minors were nothing special, but he hit for power (41 homers from 1982-1983) and drew a high number of walks.  He was actually having a poor year in AAA Columbus in 1984 when he was brought up to the majors in early July to replace Toby Harrah.  He remained the Yankees' third baseman through June of 1989.  He never hit for average, but he hit 105 home runs in a Yankee uniform.  When Pagliarulo hit in the .230s, his power numbers made him acceptable to the Yankees, but in 1988 both his power and his average dropped, and the next year he was traded to San Diego.  His power never did come back, but he was able to raise his batting average, hitting .254 as the mostly-regular third baseman for the Padres in 1990.  He became a free agent after the season and signed with Minnesota.  Platooned with Scott Leius in 1991, Pagliarulo hit .279 for the World Champion Twins.  He missed much of 1992 with injury, but came back in 1993 and was hitting .292 in late August when he was traded to Baltimore for a player to be named later (Erik Schullstrom).  He finished the year at .303.  As a Twin, Mike Pagilarulo hit .272/.317/.376 in 723 at-bats (246 games).  He was a free agent in 1994 and played in Japan.  He came back in 1995 as a platoon third baseman for Texas, but hit only .232, and his playing career came to an end.  Mike Pagliarulo was the owner of the website dugoutcentral.com.  He then became a principal in an international sports consulting company called The Baseline Group as well as the founder of a nonprofit corporation called the Baseball Institute of Development, which collaborates with leading experts from various fields of sports and medicine to provide qualified resources and develop solutions to advance athletic performance knowledge.  One of the officers of the Baseball Institute of Development is Dan Gladden.  In 2013 Pagliarulo became the batting coach for Indianapolis in the Pittsburgh organization, but he was replaced after the 2014 season by ex-Twin Butch Wynegar.  In 2017 he replaced Barry Bonds as the batting coach of the Miami Marlins, a position he still holds.  Pagliarulo’s son, also named Mike, played baseball for Dartmouth College.

Right-hander Daniel Lee Perkins was with the Twins for much of 1999.  A native of Miami, Perkins was drafted by Minnesota in the second round in 1993.  His minor league numbers are not particularly impressive:  a career ERA of 4.98 and a career WHIP of 1.50.  He did have an excellent year at Ft. Myers in 1996, going 13-7, 2.96 with a 1.19 WHIP in 136 innings.  Perkins reach AAA late in 1998 and got attention by going 5-0 in seven starts; however, his ERA was 4.82 and his WHIP 1.46, leading one to believe he benefited from good run support.  Still, he began 1999 in the Twins' bullpen, and became a member of the starting rotation for most of May and June.  In all, he made twelve starts and seventeen relief appearances, going 1-7, 6.54 with a 1.85 WHIP.  He was relatively effective as a reliever, with a 3.55 ERA and a 1.46 WHIP, but was disastrous as a starter.  Oddly, he was much more effective against lefties:  right-handers hit him at a .363/.419/.606 clip that year.  1999 would be Perkins' only year in the majors; after an awful 2000 at AAA Salt Lake the Twins let him go.  He signed with Cleveland, but made only one start at AA Akron before ending his career.  At last report, Dan Perkins was living in Winter Garden, Florida.