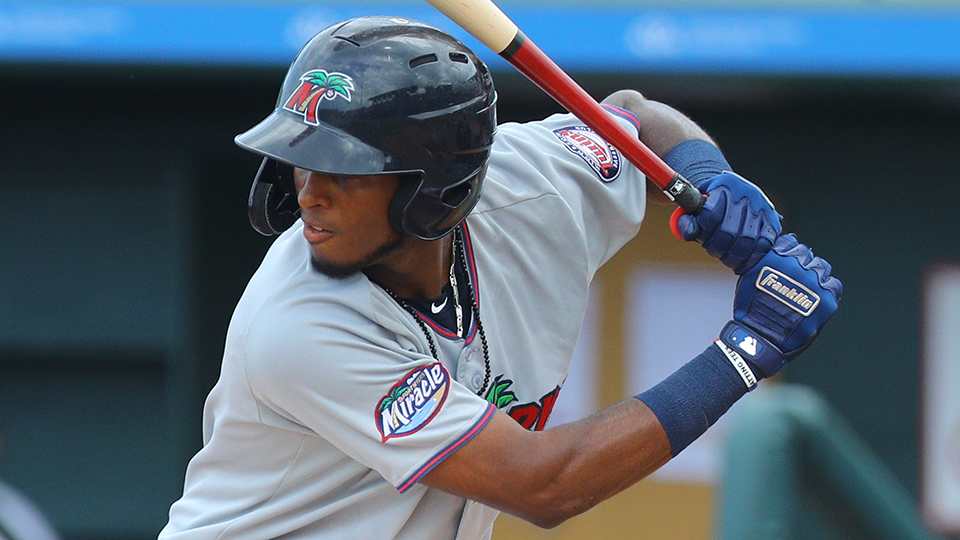 Tyler Neslony hit a three-run homer in the fifth to give the Braves a 5-1 lead.

Pitching star:  Sam Clay struck out six in three innings, giving up one run on four hits and no walks.

Record:  The Blue Wahoos are 31-22, first in the Southern League South, one game ahead of Biloxi.

Lewin Diaz homered in the eighth to break a 2-2 tie.  He also broke the team record for home runs in a month with ten.

Opposition stars:  Kevin Josephina was 3-for-4 with a double.

Record:  The Miracle is 31-21, tied for second with Bradenton in the Florida State League South, one game behind Palm Beach.

Justin Jones hit a two-run homer in a three-run fourth that gave the Bees the lead to stay.

Batting stars:  Michael Davis was 2-for-3.  Estamy Urena was 2-for-4 with a home run, a double, and three RBIs.

Stats:  Jared Akins was 1-for-4 and is batting .352.  Austin Schulfer struck out six in three innings but allowed three runs on six hits and a walk to make his ERA 2.95.

Stats:  Akins is batting .345.  Maciel is batting .301.  Funderburk made his Kernels debut and has an ERA of zero.

Record:  The Kernels are 26-27, fifth in the Midwest League Western, 8.5 games behind Quad Cities.