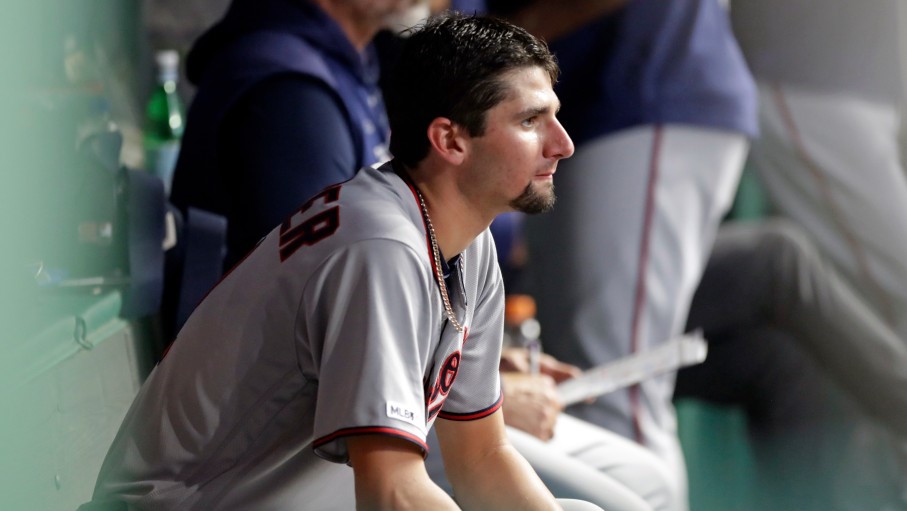 Pitching star:  Tyler Duffey pitched a perfect inning and struck out one.

The game:  A walk and a single put Indians on first and second with one out in the first inning, but a popup and a line out ended the inning.  The Twins got on the board in the second when Gonzalez homered with two out.  They had a chance for more, putting men on second and third, but a popup ended the inning.

Cleveland got on the board in the third when Lindor homered.  The took the lead in the fifth when, with two out, Leonys Martin walked and Lindor hit his second homer, giving the Indians a 3-1 lead.

The Twins cut it to 3-2 when Rosario homered in the sixth.  In the seventh, however, Cleveland got back-to-back homers from Perez and Bauers to go up 5-2.  The Twins did not get a man past first after that.

Notes:  Nelson Cruz was back in the lineup but was rusty, at best, going 0-for-4 with three strikeouts.  Gonzalez was at first base, with C. J. Cron on the bench.

Giving up five runs in 6.1 innings, you can't really say that Smeltzer pitched well.  But he really didn't pitch badly, either.  He gave up five hits--it's just that four of the five hits went over the fence.  It happens.  He walked three, which isn't as good, but it isn't terrible.  Both the game log and the few innings of the radio broadcast I was able to hear indicated that he was getting squeezed.  Unfortunately, there are umpires who seem to think it's part of their job to "make the rook pay his dues", which is yet another reason we need to use technology to call balls and strikes.  So we'll see how Smeltzer does next time.

As we said, these games are much more important to Cleveland than they are to the Twins.  If the Twins get swept, they'll still have a solid lead--they just will have missed a chance to put the Indians away.  If Cleveland loses the next two, they're in deep trouble, and even if they split the final two games they'll have missed a chance to gain significant ground.  You want to win every game, of course, but it's nice to have that cushion where you don't have to.

Record:  The Twins are 40-19, first in the American League Central, 10.5 games ahead of Cleveland.