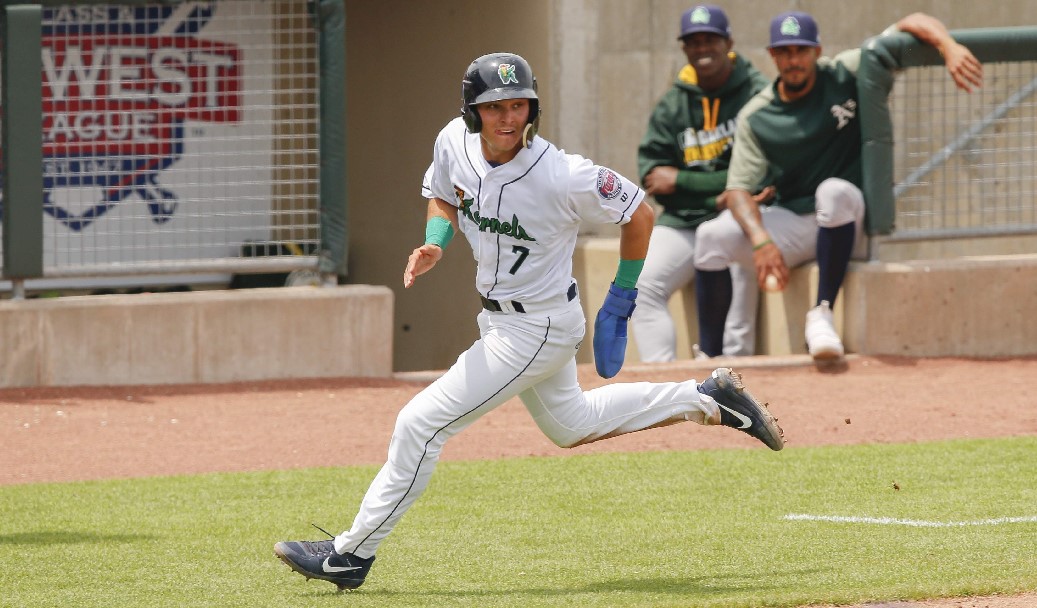 Bobby Bradley hit a two-run homer in the sixth to give the Clippers the lead to stay.  Nick Gordon was 2-for-4.  Willians Astudillo was 1-for-4 with a home run (his third) and is batting .563.  Lewis Thorpe struck out nine in five shutout innings, giving up one hit and two walks.  The Red Wings are 28-34, in fifth place, 9.5 games out of first.

Despite the Manfred Rule, neither team scored in the tenth or eleventh.  Ben Rortvedt singled home the deciding run.  Jaylin Davis was 2-for-5.  Rortvedt was 2-for-6.  Joe Cronin was 1-for-4 with a three-run homer (his fourth) and two runs.  Anthony Vizcaya struck out three in two shutout innings to keep his ERA at zero in 10.2 innings.  The Blue Wahoos are 37-29, in second place, three games back, and have an elimination number of two.

Giancarlo Stanton homered in the third to put the Tarpons in the lead to stay.  Jose Miranda was 2-for-3 with a walk.  Jordan Balazovic struck out seven in five innings.  He gave up four runs on six hits and two walks, but three of the runs came on home runs by Stanton, and it doesn't seem fair to hold that against him.  The Miracle is 39-27 and has clinched first place in the division.

Andrew Bechtold homered in the sixth to break a 3-3 tie.  Bechtold was 2-for-2 with the home run (his fifth) and a walk.  Gabriel Maciel was 2-for-3 with a double and two RBIs.  Jose Martinez struck out three in three shutout innings of relief, giving up two hits and a walk.  The Kernels are 36-30, in third place, 6.5 games back, but only one game out of a playoff spot.  The have an elimination number of four.

The Twins scored single runs in the third and fifth.  Yelinson Pena was 3-for-4 with a double.  Luis Baez was 2-for-3 with a triple and two runs.  Those two players had all of the hits for the Twins.  Juan Pichardo struck out five in 4.1 scoreless innings, giving up three hits and no walks.  Rafael Feliz pitched 3.2 scoreless innings, giving up two hits and a walk and striking out three.  The Twins are 5-3, fifth in the division, but only a half game out of first.