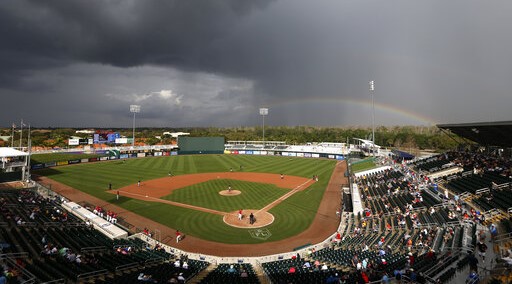 Strong pitching in for the Twins in an abbreviated schedule (a "sched").

Shard Munroe hit a two-run homer in the fifth for all the runs the Tortugas needed.  Royce Lewis was 2-for-4 with a home run, his seventh.  Ryan Costello was 2-for-4.  Jhoan Duran struck out eight in six innings, giving up two runs on seven hits and no walks.  Joe Record pitched 2.1 scoreless innings, giving up two hits and two walks and striking out two.  The Miracle is 9-13, in fifth place, eight games back.

Ronny Novas had a three-run triple in a five-run eighth that broke a 3-3 tie.  Hector Acevedo was 2-for-5 with two doubles.  Luciano De La Cruz pitched five shutout innings, giving up two hits and a walk and striking out two.  The DSL Twins are 9-21, in eighth place, 11.5 games back.