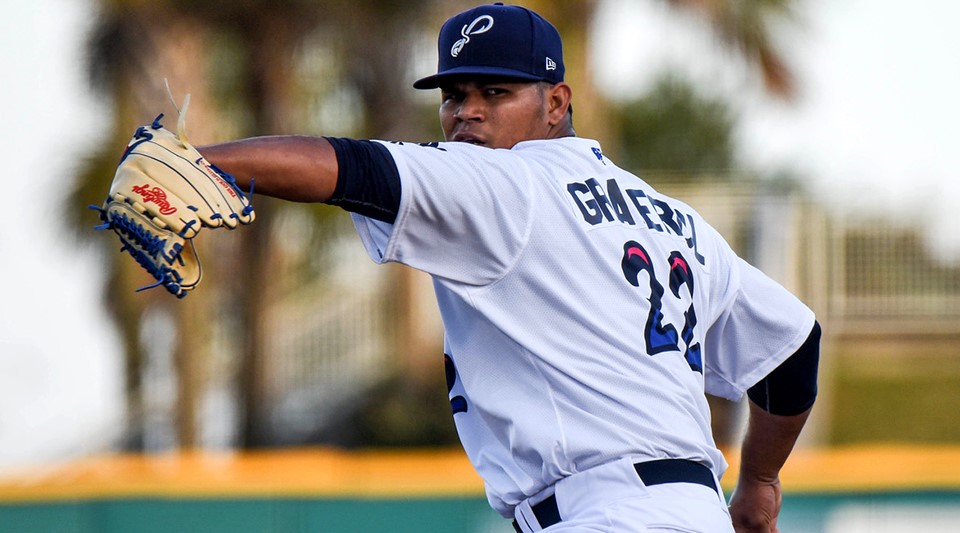 Already leading 4-3, the Bisons scored three in the ninth to put it out of reach.  Ramon Flores was 2-for-4 with a walk and is batting .311.  Cody Stashak retired all five men he faced, striking out three of them.  His ERA is 1.44.  Brusdar Graterol struck out three in two shutout innings, giving up a hit and a walk in his AAA debut.  The Red Wings are 64-64, in fourth place, four games back.

The Blue Wahoos scored three in the third and four in the fourth.  Trevor Larnach was 3-for-5 with three RBIs.  Alex Kirilloff was 2-for-4 with a walk and two runs.  Royce Lewis was 2-for-4 with a double and a walk.  Joe Cronin was 2-for-5.  Bailey Ober struck out twelve in seven shutout innings, giving up three hits and no walks.  His ERA is 0.64.  The Blue Wahoos are 33-25, in third place, two games back.

Leading 3-2, the Miracle scored four in the seventh to put the game out of reach.  Brian Schales was 3-for-5 with a double and three RBIs.  He is batting .300.  Gilberto Celestino was 3-for-5 with a double and two runs in his high A debut.  Jose Miranda was 2-for-5 with two runs.  Tyler Watson struck out six in four shutout innings, giving up no hits and three walks.  The Miracle is 31-28, in third place, ten games back.

The LumberKings scored three in the first and six in the sixth.  Brian Rapp pitched 2.1 scoreless innings, giving up two hits and a walk and striking out two.  The Kernels are 32-26, tied for third, five games back.

Zach Jackson hit a two-run homer in the eighth to give the Cardinals the lead.  Anthony Prato was 3-for-5 with a double.  Brent Headrick was apparently used as an opener and pitched a scoreless inning, giving up two walks, in his professional debut.  Ryan Shreve pitched 4.2 innings, giving up one run on five hits and two walks and striking out three.  Frandy Torres pitched 1.1 perfect innings and struck out one.  The Twins are 28-32, in fourth place, 3.5 games back.

The Orioles scored single runs in the fourth and eighth.  Alec Craig was 2-for-4.  Stephen Gonsalves struck out four in two shutout innings.  His ERA is 3.00.  Donny Breek pitched five innings, giving up one run on three hits and two walks and striking out four.  His ERA is 0.74.  The Twins are 28-18, in second place, 4.5 games back.  They lead the wild card race by two games.

The Rockies scored seven runs in the eighth to break a 3-3 tie.  Misael Urbina was 2-for-3 with a double and a walk.  Rubel Cespedes was 2-for-4 with a home run and three RBIs.  Juan Pichardo pitched five innings, giving up three runs (one earned) on seven hits and no walks and striking out two.  His ERA is 1.69.  Leyner Ponce struck out two in a scoreless inning, giving up one hit.  The Twins are 23-39, in seventh place, nineteen games back.