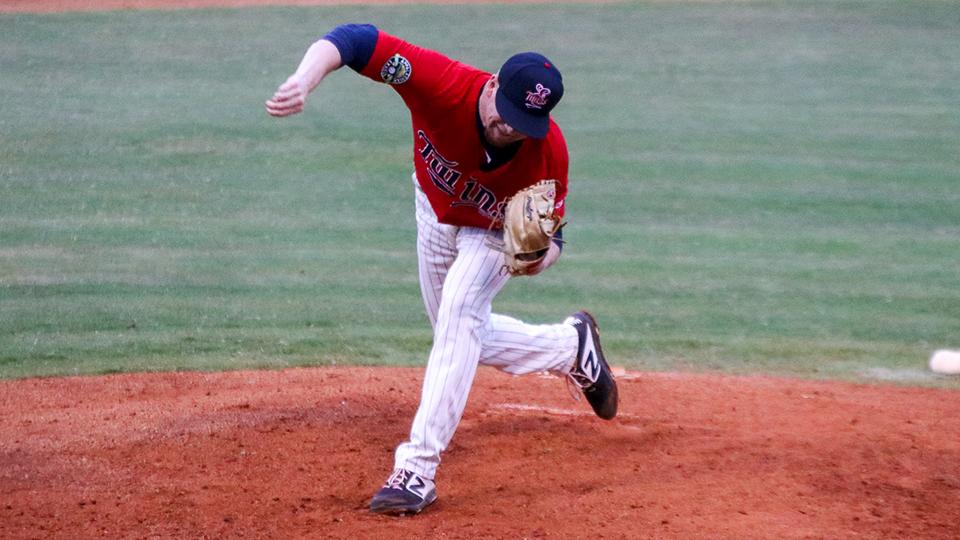 LaMonte Wade gets a big hit for Pensacola.  A tremendous game by Cody Laweryson leads the E-Twins.

A doubleheader was rained out.  The Miracle is 34-28, in second place, nine games back.  They have been eliminated in the second half, but are in the playoffs because they won the first half.

Jonatan Machado singled home the deciding run in the top of the eleventh.  Wander Javier was 2-for-3 with a double, two walks, and two runs.  He is batting .181.  Spencer Steer was 2-for-5 with two doubles, two runs, and three RBIs.  He is batting .260.  Gabe Snyder was 2-for-6.  He is batting .256.  Nate Hadley pitched 2.1 scoreless innings, giving up one hit and striking out two.  His ERA is 2.01.  The Kernels are 33-30, in fifth place, seven games back.  Their second-half elimination number is two, but Cedar Rapids is in the playoffs because they finished second in the first half.

Janigson Villalobos doubled home the game's lone run in the fifth inning.  Will Holland was 2-for-3.  He is batting .182.  Cody Laweryson struck out fifteen in six shutout innings, giving up three hits and no walks.  His ERA is 1.76.  Owen Griffith struck out five in three shutout innings, giving up one hit and no walks.  His ERA is 0.77.  The Twins are 32-33, in fourth place, 1.5 games back.  Their elimination number is two.

The game was suspended with the Twins batting in the fourth inning and leading 2-0.  It will be completed today.  The Twins are 28-21, in second place, eight games back.  They are second in the wild card race, one game back.  Their elimination number is two.