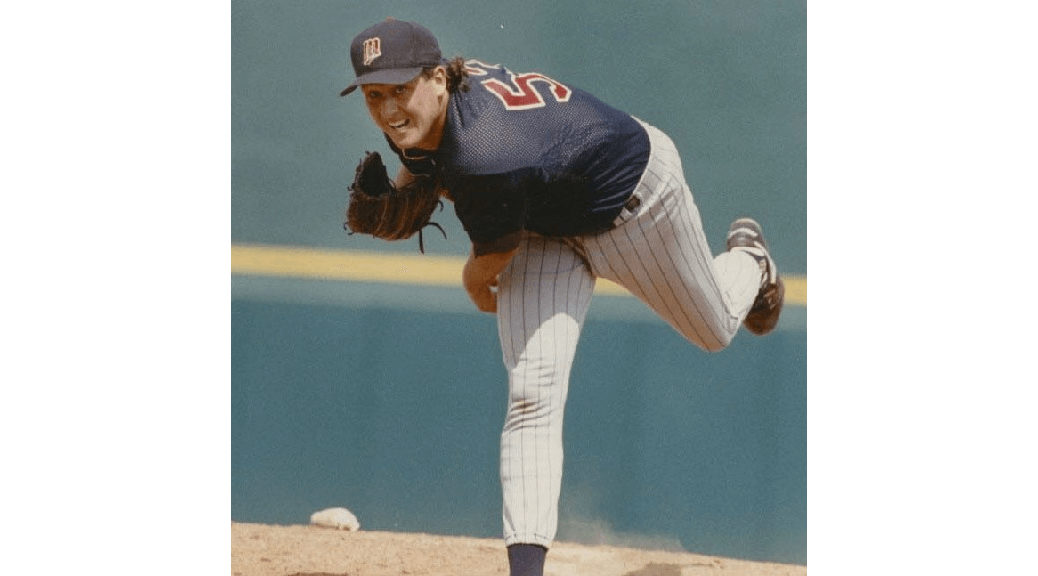 The game:  In the second, Davis led off with a double, went to third on a wild pitch, and scored on a ground out to give the Twins a 1-0 lead.  Gagne homered in the third to make it 2-0.

The Brewers got their first threat in the fourth, when Randolph singled and Franklin Stubbs drew a two-out walk, but Vaughn fouled out to end the inning.  The Twins added another run in the fifth when Gagne doubled with one out and scored on a Dan Gladden single.  Milwaukee got another threat in the sixth on one-out singles by Randolph and Robin Yount, but a pop up and a strikeout put it to bed.

The Twins took control in the seventh.  Gagne led off with a double but was thrown out trying to go to third on Gladden's ground ball to short.  Chuck Knoblauch walked, though, putting men on first and second, and Hrbek came through with a two-run double.  Singles by Davis and Bush scored Hrbek to increase the Twins' lead to 6-0.  They got one more in the ninth when Hrbek singled and scored on Davis' double.

The Brewers did not quit, though.  Steve Bedrosian, in his third inning, gave up a one-out single to Stubbs and Vaughn followed with a two-run homer.  Dante Bichette reached on an error, and with two out Dempsey homered to cut the lead to 7-4.  Greg Brock grounded out, however, and the game was over.

Notes:  Bush was in right field in this game, with Mack in center and Kirby Puckett given the day off.

I'm sure I included it in his biography, but I had completely forgotten that Rick Dempsey was even still in the league in 1991, much less played for the Brewers.  He appeared in 60 games, but had just 147 at-bats.  He would have one last hurrah with Baltimore in 1992 before hanging it up for good at age forty-two.

The Twins were 0-for-2 in stealing bases, with Mack and Bush getting caught stealing.  Plus, there was Gagne getting thrown out trying to go from second to third on a grounder to short.  It didn't cost them the game, but losing three baserunners is not the recommended way to go about things.

Bedrosian got a three-inning save despite giving up four runs in the ninth.  He would have six saves on the season, three of them of the three-inning variety.

Milwaukee starter Chris Bosio pitched 6.1 innings, allowing six runs on ten hits and three walks and striking out four.  It's interesting how much the game has changed, and how much longer starters were allowed to stay in games in 1991 even when they were giving up runs.

Record:  The Twins were 11-13, tied for fifth with Seattle in the American League West, 4.5 games behind Oakland.