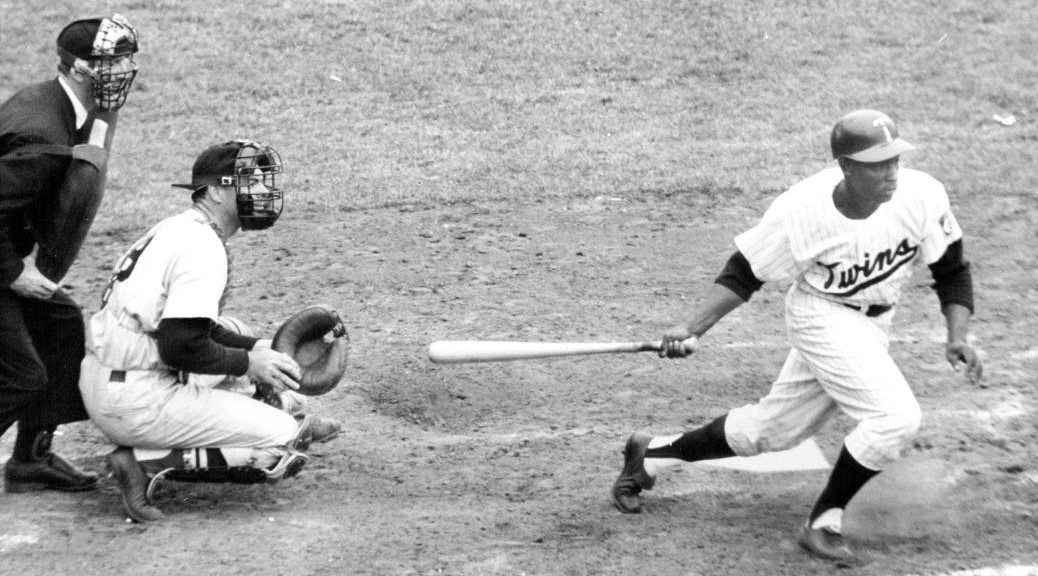 Batting stars:  Lenny Green was 4-for-4 with a stolen base, his second.  Jim Lemon was 2-for-4 with a home run and a double.

Opposition stars:  Dave Hillman pitched two shutout innings, giving up two hits and a walk.  Pumpsie Green was 1-for-3 with a double and a walk.

The game:  In the first, Green singled, went to third on a stolen-base-plus-error, and scored on a Bob Allison single to put the Twins up 1-0.  In the third, Zoilo Versalles singled, was bunted to second, and scored on a Don Mincher single to make it 2-0 Twins.  It stayed there until the sixth, when Lemon homered to make it 3-0.

The Twins loaded the bases in the seventh but did not score.  Still, the Red Sox had only one hit to this point, and the lead looked secure.  In the eighth, however, Green doubled and Rip Repulski singled, putting men on first and third with none out.  A ground out scored a run, Gary Geiger walked, and Jackie Jensen was hit by a pitch, loading the bases with two out.  Frank Malzone grounded to short, but the ball was booted by Versalles, allowing a run to score and cutting the margin to 3-2 with the bases still loaded and Carl Yastrzemski up to bat.  He flied to center, however, ending the inning.

The Twins again left the bases loaded in the ninth, so the lead remained just one.  Green drew a one-out walk, but Lou Clinton fanned and Chuck Schilling popped to short to end the game.

Notes:  Mincher was at first base in place of Harmon Killebrew, who missed a couple of weeks.  Billy Gardner was the starting second baseman at this point in the season, but would be replaced later by Billy Martin, who the Twins acquired in a trade for Billy Consolo.  Reno Bertoia was the starting third baseman at this point, but would be traded for Bill Tuttle, who would take his place at third.

The only non-pitcher substitute was Dan Dobbek, going in to replace Lemon in left field in the eighth inning.

Killebrew would lead the team in home runs with 46.  Allison was second with 29, followed by Battey (17) and Lemon (14).  The Twins were fourth in home runs in the ten-team league.

The Twins were off to a fine start in their inaugural season.  I suspect this fueled some high hopes, which were ultimately to be dashed.

Record:  The Twins were 5-1, in first place in the American League, one game ahead of Cleveland.  They would finish 70-90, in seventh place, 38 games behind New York.

The Red Sox were 2-2, in fifth place in the American League, two games behind Minnesota.  They would finish 76-86, in sixth place, 33 games behind New York.

Random Record:  The Twins are 34-27 in Random Rewind games.