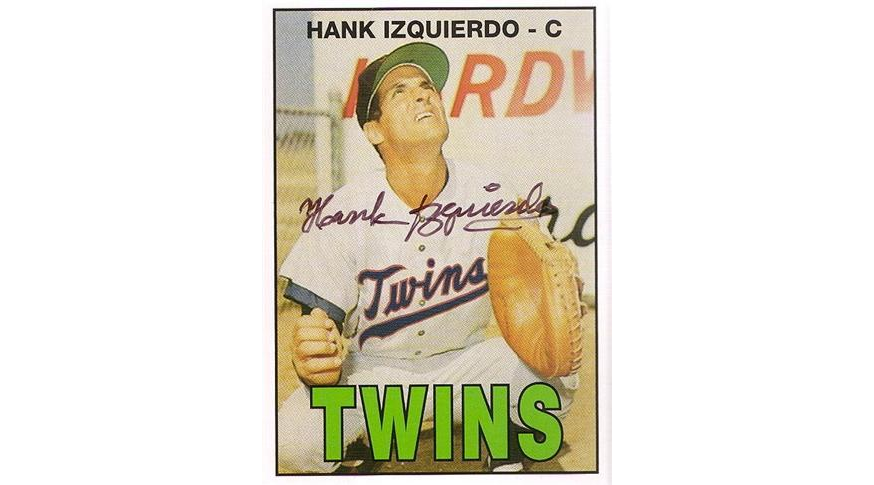 Pitching star:  Jim Perry pitched a complete game, giving up three runs on nine hits and a walk and striking out five.

Opposition star:  George Scott was 2-for-4 with a two-run homer, his thirteenth.

The game:  Allison led off the second with a home run for the game's first run.  Cesar Tovar was then hit by a pitch, stole second, and scored on Rollins' single.  Uhlaender singled and Earl Battey walked, loading the bases with still none out.  A double play followed, but a run scored to give the Twins a 3-0 lead.  The Red Sox bounced back with two in the bottom of the second.  Tony Conigliaro led off with a bunt single and Scott followed with an inside-the-park home run to cut the Twins' margin to 3-2.

A big two-out rally in the fifth put the Twins in control to stay.  Killebrew doubled and Allison homered.  The home run did not kill the rally, as Tovar laid down a bunt single, Rollins singled, and Uhlaender hit a three-run homer to put the Twins in front 8-2.  The Twins scored a couple more two-out runs in the sixth on back-to-back homers by Oliva and Killebrew.

Boston got their final run in the ninth.  George Thomas singled, Jose Tartabull walked, and with two out Reggie Smith singled.  Bob Tillman then hit into a forceout to end the game.

Notes:  This was Battey's last year, and he was able to catch just 41 games, including this one.  Jerry Zimmerman was the primary catcher, catching 104 games.  Zimmerman was a career backup, and this year we found out why, as he batted just .167 with an OPS of .432.  The next year would be his last--I suspect the Twins did not miss him as much as they would later miss Henry Blanco.

Tovar was at second base in place of Rod Carew.  It appears Carew was simply given the game off.  Tovar, of course, could play pretty much anywhere on the field.

With a big lead, the Twins made some substitutions.  Frank Quilici went to second base in the fifth inning in place of Tovar.  Rich Reese pinch-ran for Killebrew in the eighth and stayed in the game at first base.  Sandy Valdespino went to left field in the eighth in place of Allison.

He didn't play in this game, but I can't let the 1967 season go by without mentioning reserve catcher Hank Izquierdo.  He was the third catcher for the last two months of the season.  A career minor league, he had spent five years in AAA for Cincinnati from 1957-1961, never getting a chance at the majors.  He came to the Twins organization in 1963 and spent the year at Class A.  He was in AA from 1964 through the first half of 1966, went to AAA in the second half of that year and also in 1967, and finally in August of 1967, at age thirty-six, made his major league debut.  The reason he spent all those years in the minors is that he couldn't hit--he batted .220/.276/.280 in AAA.  In a small sample size, he actually did fairly well in the bigs--.269/.296/.346 in 28 plate appearances.  He was in AAA for Houston for the next two seasons, then played in Mexico for five years until finally hanging it up at age forty-three.  I assume he was considered an excellent defensive catcher.  I'm not saying he deserved more of a chance or anything.  I just think it's neat that he got rewarded for all of his years of minor league service.  Baseball could use more stories like that.

George Scott hit 271 major league home runs.  I don't know if any of the others were inside-the-park, but I doubt it.

Record:  The Twins were 52-46, in fourth place in the American League, 4.5 games behind Chicago.  They would finish 91-71, tied for second with Detroit, one game behind Boston.

The Red Sox were 55-43, in second place in the American League, 1.5 games behind Chicago.  They would finish 92-70, in first place, one game ahead of Detroit and Minnesota.

Random record:  The Twins are 42-41 in Random Rewind games.

One thought on “Random Rewind: 1967, Game One Hundred”