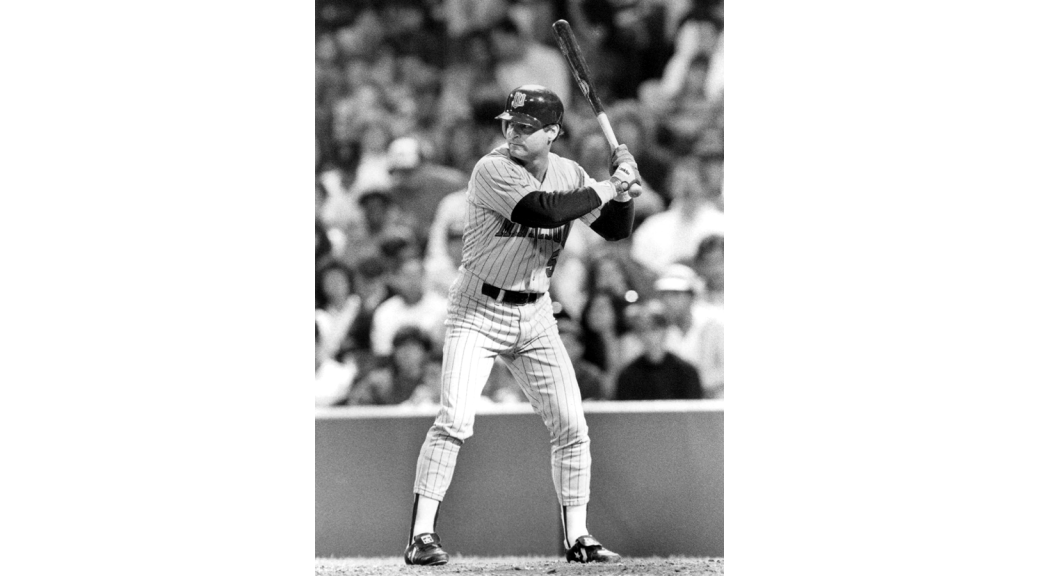 It went to 4-1 in the fourth.  Moses hit a one-out double and stole third.  Newman walked and stole second.  With two out, Puckett delivered a two-run single.  The Twins added another run in the sixth.  Tim Laudner walked, was bunted to second, went to third on a passed ball, and scored on a sacrifice fly to make it 5-1 Twins.

The Rangers got one back in the seventh, and it came exactly as had their run in the first--Kunkel doubled and Palmeiro singled.  But Bush homered in the eighth to make it 6-2 Twins going to the ninth inning.  Things looked good for the Twins.

It wasn't to be.  Steve Shields (be honest--do you remember that the Twins had Steve Shields?), who had come in to start the eighth, remained in the game to start the ninth.  He retired the first batter, then game up a single to Cecil Espy.  Espy stole second, but Jeff Stone struck out.  The Twins just needed one more out to win the game.  Scott Fletcher hit an RBI single, making the score 6-3, but Jeff Reardon came in, needing to record just one out with the tying run still in the on-deck circle.  He wouldn't get it.  Palmeiro singled, Ruben Sierra had an RBI double, Julio Franco had a two-run double to tie it, and Rick Leach had an RBI single to put Texas ahead.  Tom Kelly finally brought in Lee Tunnell (be honest--do you remember that the Twins had Lee Tunnell?), who gave up an RBI single to Pete Incaviglia before finally getting the third out of the inning.

The Twins did try to rally in the ninth.  Dan Gladden and Puckett singled, putting the tying run on base with none out, but again, it wasn't to be.  A fly out, a strikeout and a foul out ended the game.

Notes:  Laudner was at catcher, of course.  Brian Harper had become the regular by 1979, but Laudner still got plenty of playing time, catching 68 games.  Gene Larkin was at first base in place of Kent Hrbek, who was out with an injury.  Newman was at shortstop in place of Greg Gagne.  Moses was in left in place of Dan Gladden.

Dwyer was always one of my favorite players, in that odd way that a fan will take a liking to a player for no particular reason.  I was very pleased when he came to the Twins at the end of his career, and he did pretty well for them in a limited role.  I was also pleased when he became a long-time minor league coach and manager in the Twins organization.

It's probably just as well that we weren't doing game logs back in 1979.  An epic meltdown like this--well, it wouldn't have been pretty.

Random record:  The Twins are 46-46 in Random Rewind games.