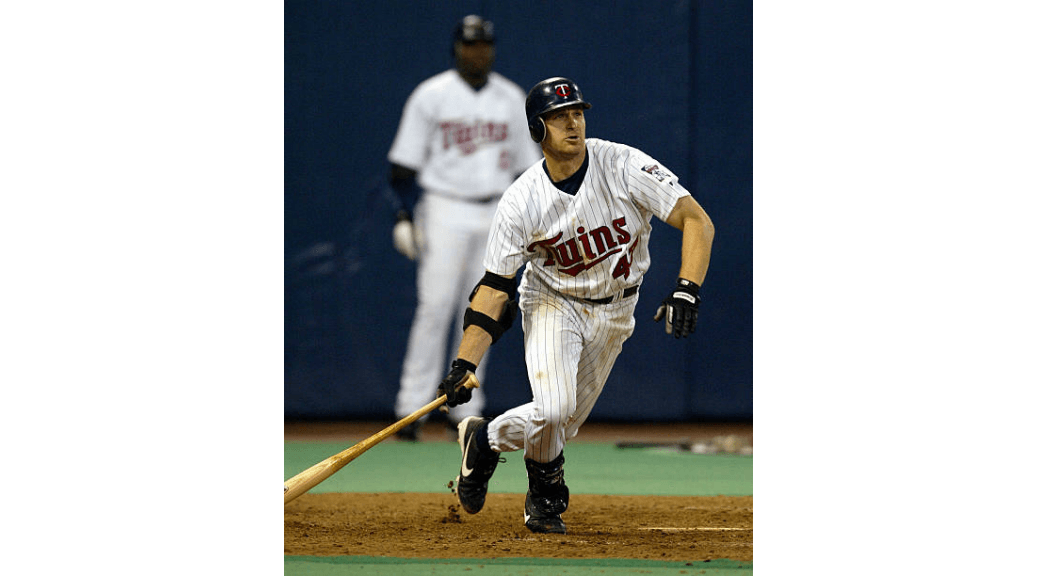 Batting stars:  Corey Koskie was 1-for-3 with a home run, his seventh.  Bobby Kielty was 1-for-1 with a three-run homer, his eighth.

Pitching stars:  Kenny Rogers pitched seven innings, giving up two runs on six hits and no walks and striking out five.  Eddie Guardado struck out two in a perfect inning.

The game:  Neither team did much on offense until the fourth, when Koskie hit a two-out homer to put the Twins up 1-0.  The Athletics had a couple of two-out singles in the sixth, but did not get on the board until the seventh, when Miguel Tejada led off with a double and Hernandez hit a one-out two-run homer, giving Oakland a 2-1 lead.  It went to 3-1 in the eighth on back-to-back doubles by Byrnes and Hatteberg.

The Koskie homer was the only hit the Twins had for seven innings.  In the eighth, however, Dustan Mohr hit a one-out double and Doug Mientkiewicz was hit by a pitch.  Kielty then pinch-hit for Luis Rivas and hit a three-run homer, giving the Twins a 4-3 advantage.  The Athletics went down in order in the ninth.

Notes:  Mientkiewicz returned to the lineup at first base.  Denny Hocking went in to play second base after Kielty pinch-hit for Rivas.

This was Rogers' first game score over 50 in a month and his first over 60 since April 17.

The Twins had won three in a row, five of six, eight of ten, ten of thirteen, sixteen of twenty-one, and twenty of twenty-five.

Record:  The Twins were 30-20, in first place in the American League Central, 3.5 games ahead of Kansas City.