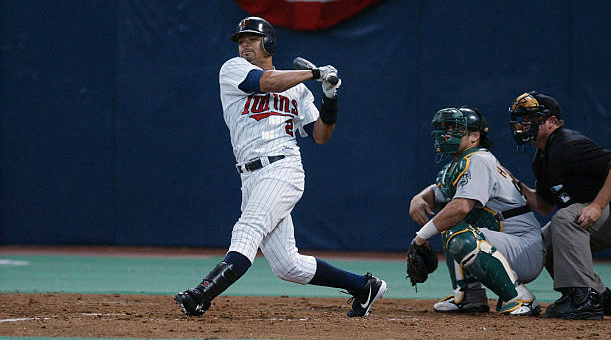 Batting stars:  Luis Rivas was 2-for-3 with a stolen base (his seventeenth), a walk, and two runs.  Michael Ryan was 1-for-3 with a home run, his fourth.

Pitching stars:  Kenny Rogers pitched 6.1 innings, giving up two runs on six hits and no walks and striking out three.  LaTroy Hawkins pitched a perfect inning and struck out one.  Eddie Guardado pitched a scoreless inning, giving up a walk.

Opposition stars:  Carl Everett was 2-for-4.  Joe Crede was 1-for-3 with a two-run homer, his seventeenth.  Scott Sullivan struck out two in two shutout innings of relief.

The game:  The White Sox got a pair of one-out singles in the second, but there was no score until the third.  With one out, Ryan homered to give the Twins a 1-0 lead.  Cristian Guzman then walked and went to second on a wild pitch.  With two out, Rivas hit an RBI single and Doug Mientkiewicz followed with a run-scoring double to make it 3-0 Minnesota.

The Twins had men on first and third with one out in the fourth, but a line drive double-play took them out of the inning.  With two out in the fifth, however, Rivas singled, stole second, and scored on a Jacque Jones single to make it 4-0 Twins.

Chicago got on the board in the seventh when Everett singled and Crede hit a two-run homer.  Magglio Ordonez opened the ninth with a walk, bringing the tying run up to bat, but Everett hit into a double play and Paul Konerko flied out to end the game.

Notes:  Shannon Stewart was in left, with Ryan in right and Jones at DH.  Matthew LeCroy pinch-hit for Jones in the eighth.  Dustan Mohr replaced Ryan in right in the ninth.

The Twins had won the first two of the three-game series, and had won five in a row.  They would be in first place at the end of the series, regardless of how the last game came out.  But if they could get a sweep, they would have a big advantage going into the last week and a half of the season.  The Royals lost, and were nearly out of the race.